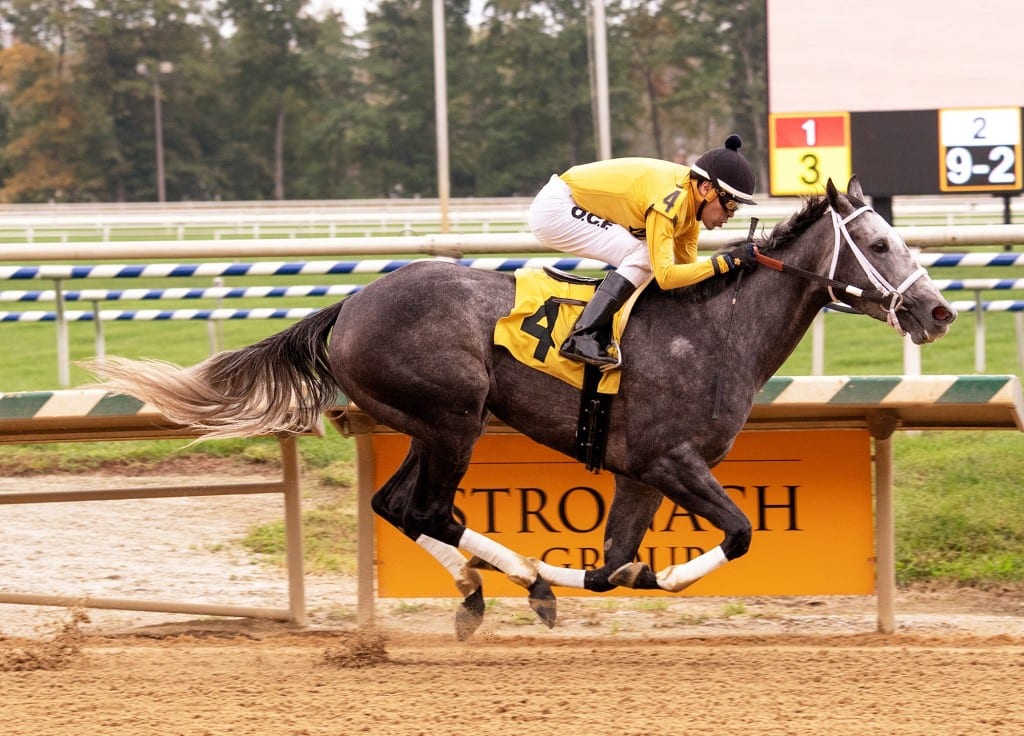 Under a hand ride from jockey Oscar Flores, Miz Creed ($12.80) ran seven furlongs in 1:23.60 over a fast main track in the $40,000 maiden special weight for fillies and mares 3 and up. Atlantic Avenue finished second over another first-time starter, $250,000 auction purchase and narrow 3-1 favorite Taking Aim.

Miz Creed was sharp leaving the gate from Post 4 in the field of seven, setting the pace on the outside of Overheated through fractions of 23.19 and 46.86 seconds. Miz Creed put that rival away around the turn and straightened for home in command after six furlongs in 1:11.21, separating from her rivals through the lane.

The 3-year-old Jimmy Creed filly had been dutifully prepared for her unveiling by Charles Town-based trainer Timothy Grams, who received Miz Creed from Marvin Little Jr.’s son, Jeff. The elder Little, who passed away in July 2017 at the age of 79, bred 1991 Preakness (G1) and Belmont Stakes (G1) winner Hansel.

“We’ve had her quite a while. Jeff Little sent her up to me. We’ve had a couple horses for Jeff. He told me to just take my time and as she went along I said, ‘This filly might be something special.’ We just brought her along and she’s handled everything we’ve asked her to do,” Grams said. “I had her ready to run maybe a month ago and couldn’t get a race. I entered here for 5 ½ [furlongs] because I didn’t know if I had her fit enough for seven-eighths, and when this race went I said, ‘Let’s do it.’

“The filly just does things easy, and she’s got a brain. First time away from home, I really liked the way things went today,” he added. “I thought she would like this track because it wasn’t real deep. With this long stretch and the second wire, even though she was running easy on the backside there was a lot of race left. But, she ran good so I was really pleased with her.”