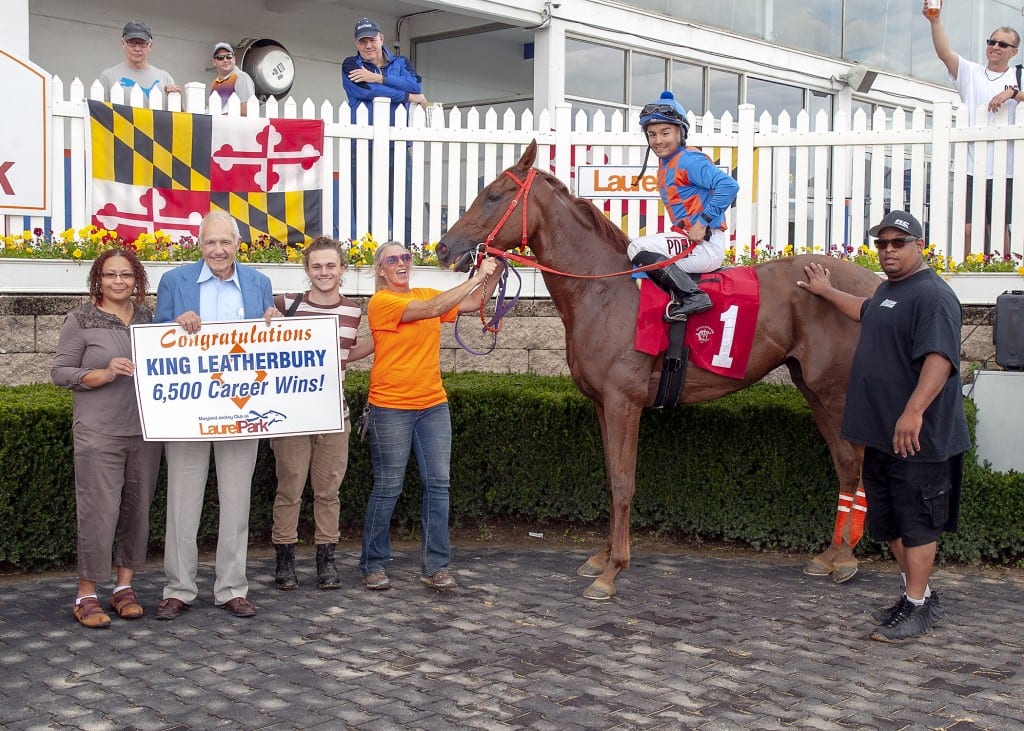 Happy Lantern lit up the toteboard at odds of 16-1 to give Hall of Fame horseman King Leatherbury his 6,500th career victory Saturday to kick off Fall Festival of Racing at Laurel Park.

Ridden by Rosario Montanez, Happy Lantern ($34) came with a steady run down the center of the All Along turf course to catch pacesetter Oddseverinurfavor by a nose on the wire in the $22,000 maiden claiming event for fillies and mares 3 and up. The winning time was 1:07.84 for 5 ½ furlongs.

Leatherbury, 85, had started only 17 horses since his last win July 1 at Laurel. The win was his eighth from 60 starters this year and his lone entrant on Saturday’s program.

“It is a big milestone and we’ve been waiting a while for it,” said Leatherbury, who was cheered by fans as he made his way to the winner’s circle. “But, we finally got there.”

Best known for his work with Ben’s Cat, the late Mid-Atlantic legend he bred, owned and trained to 32 wins, 26 in stakes, more than $2.6 million in purse earnings and four Maryland-bred Horse of the Year titles from 2010-17, Leatherbury’s stable is down to 11 horses.

“Ben’s Cat was a magnificent animal,” Leatherbury said. “He gave us a lot of memories.”

“I’ve been running some horses out of state, hoping not to not win, but I’d rather have won [No. 6,500] here at Laurel,” Leatherbury said. “I’m hanging in there. The lucky part is I’m still healthy and I’m definitely happy to say that. I’m going as long as I can and try to keep winning races.”