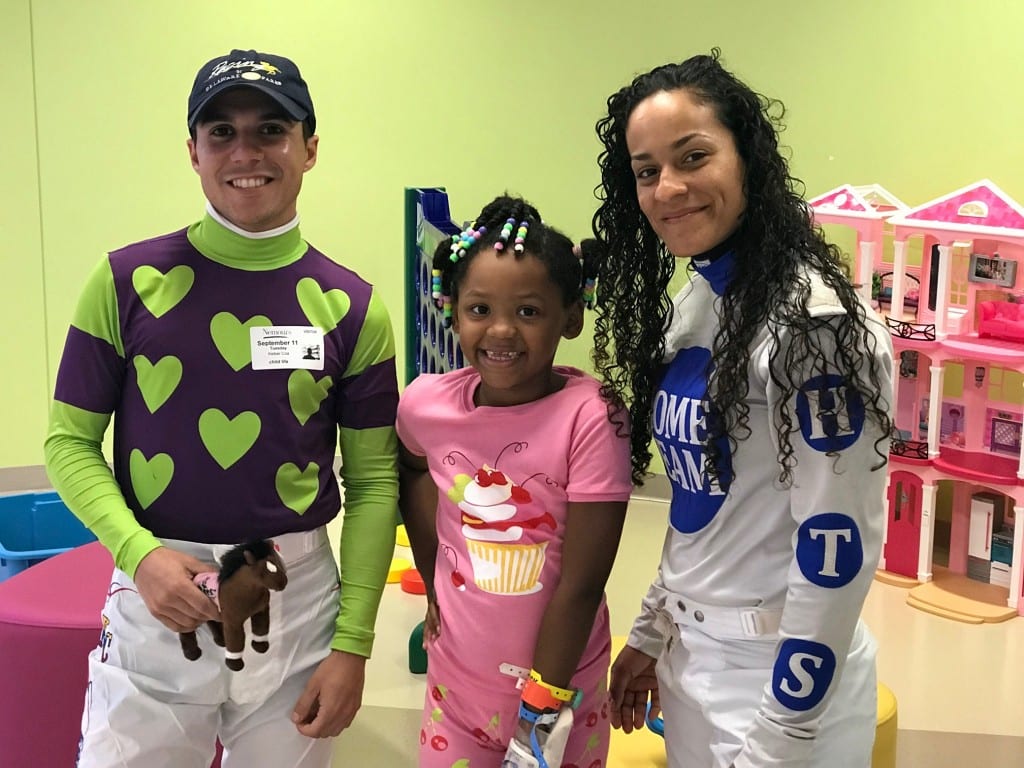 Keiber Coa (left) and Carol Cedeno visit with Lina, a patient at Nemours Alfred I. duPont Hospital for Children on Tuesday, September 11. Photo by Chris Sobocinski.

Trainer Kathleen O’Connell notched career victory 2,000 at Delaware Park today. The milestone win came in the 6th race when Charlie Runion’s Wishful Quality won by a head in a $34,000 maiden special weight test. The 2-year-old Florida-bred daughter of Exclusive Quality was ridden by Hector Rafael Diaz, Jr. and returned $53.80 as the second longest shot in the field of six.

Donning colorful jerseys and racing caps, Delaware Park jockeys brought the racing world alive for patients at Nemours Alfred I. duPont Hospital for Children yesterday. During the visit, each child received a collectible doll of the 2006 Kentucky Derby winner Barbaro, who won his first race in his career debut at Delaware Park and “A Day in the Life of a Horse of a Different Color” coloring book by Pierre Bellocq. The children also received a pair of racing goggles and other gifts from Delaware Park.