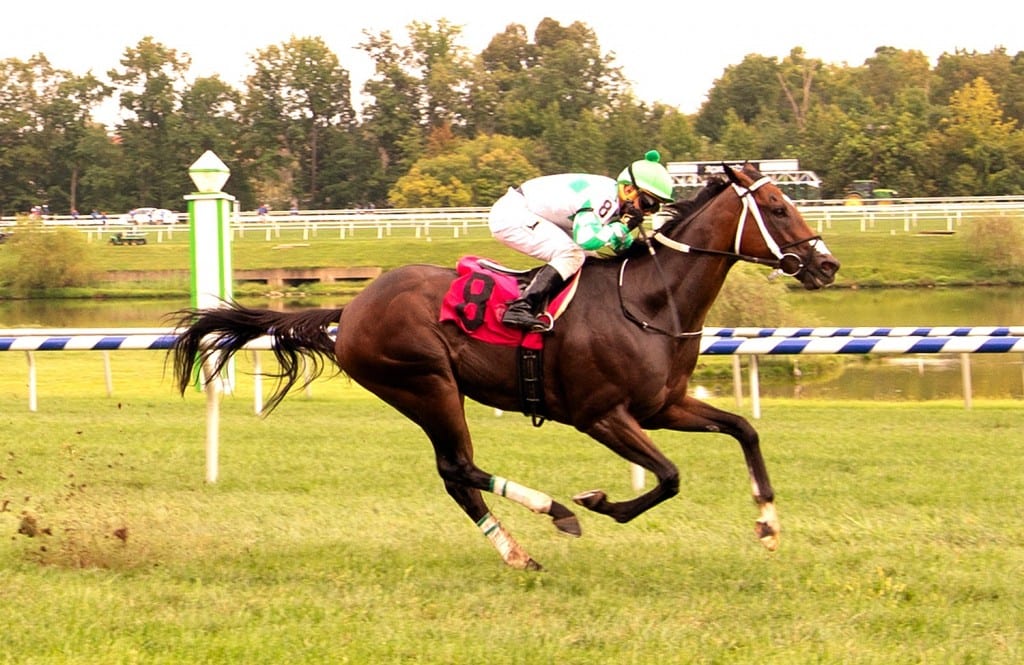 Sheikh of Sheiks won his fourth in a row at Laurel Park. Photo by Jim McCue, Maryland Jockey Club.

Team Gaudet’s Sheikh of Sheikhs, a stakes winner at 2 and Grade 3 placed at 3, registered his fourth straight win and third in a row for new connections with a popular 5 ½-length romp Friday, opening day of Laurel Park’s calendar year-ending, 61-day fall meet.

It was the first start for Sheikh of Sheikhs since being claimed for $25,000 by trainer Lacey Gaudet on behalf of the family stable out of a three-quarter-length triumph Aug. 6 at Saratoga. Then trained by Eddie Kenneally, he won his previous two starts in Kentucky for trainer Mike Maker.

“I’m very happy with his race. He made it look pretty easy,” Gaudet said. “We wanted to bring him back here, that was one of the main reasons, and he had this condition set. It was the plan that we had laid out. I think that he’ll benefit from a little bit of competition relief from Churchill and New York; it looked like it helped him here today.”

Jockey Rosario Montanez kept Sheikh of Sheikhs, breaking from Post 8 of nine, fourth while in the clear four wide as Special Intention went the first quarter-mile in 23.11 seconds. Sheikh of Sheikhs swept the lead around the turn and opened up once straightened for home, going a half in 46.57 and five furlongs in 57.73.

Sheikh of Sheikhs won the 2015 Juvenile Dirt Sprint Stakes at Keeneland in his 2-year-old finale and was third in the 2016 Hutcheson (G3) at Gulfstream Park in his sophomore debut. He owns six wins and $253,922 in purse earnings from 16 career starts.

“He settled in really, really nicely here at Laurel. He had a nice work the other day for this race and he’s doing well in the barn,” Gaudet said. “We’ll have to think about what’s next. We’re just happy with this one right now.”

In Friday’s co-featured races, Renaissance Rosie ($4.60) stretched her win streak to three racing first time off the claim for trainer Gerald Brooks with a 1 ½-length triumph as the favorite in Race 6, a $45,000 second-level optional claiming allowance for fillies and mares 3 and up, running six furlongs in 1:10.10, while Bellerue ($8.20) went gate-to-wire in Race 9, a $42,000 entry-level allowance for females 3 and older. The winning time was 1:45.31 for 1 1/16 miles over the Exceller layout.