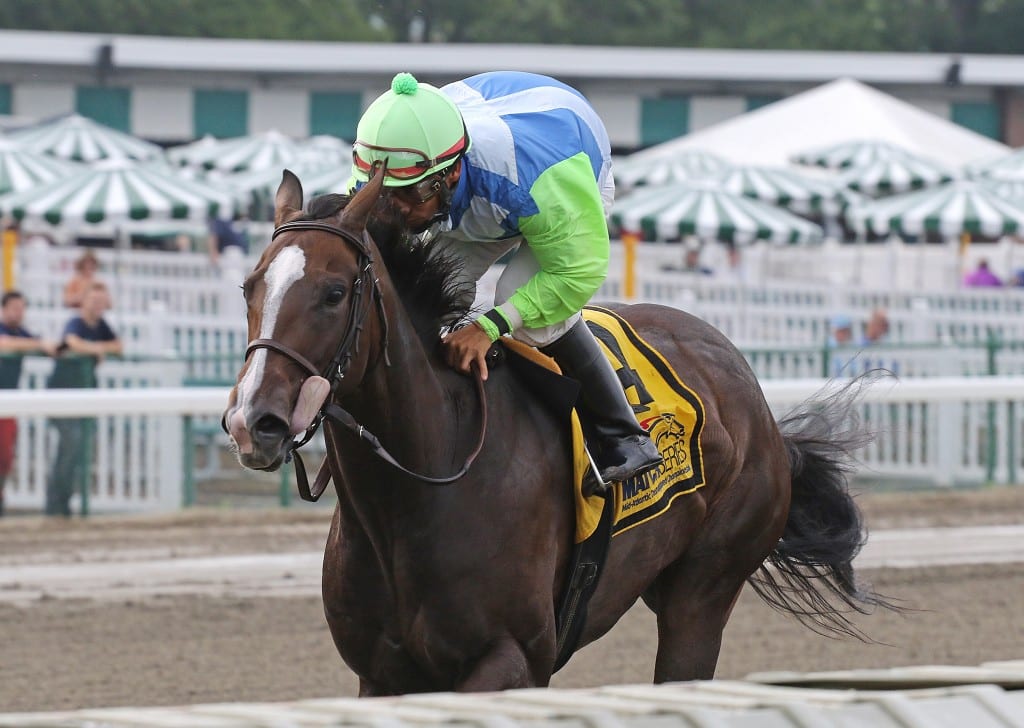 The Incredible Revenge is the fourth of five legs in the MATCH Series Filly and Mare Sprint—Turf Division. All four that raced were making their series debuts, so with one more race left in the division—the $100,000 Sensible Lady Turf Dash at Laurel Park Sept.15—they will not be eligible for bonus money.

Ridden by Paco Lopez for trainer Arnaud Delacour, Amapola, a 4-year-old filly by Broken Vow, has raced very well on turf and dirt. Delacour said he wasn’t concerned about the surface, and the filly rewarded her owners with her first black-type victory in 10 starts.

“I think she’s running good because she’s in foal,” said Delacour, who noted Amapola could race once or twice more before she is retired. She was bred to Divining Rod, who was owned by Lael Stables and stands at Country Life Farm in Maryland.

Amapola won by 5 ½ lengths over Well Acquainted, with Unaquoi third and Always Thinking fourth. The final time on a track fast was 1:03.83.

Delacour said he’s aware Smiling Causeway, who leads the Filly and Mare Sprint—Turf Division, is eligible for bonus money should she start in the Sensible Lady, which would mark her third start in the division. Audley Farm Stables’ Smiling Causeway finished second, beaten a nose, in the grade II Canadian Royal North Stakes at Woodbine July 29 and could resurface in the grade III Turf Monster at Parx Racing in early September. So she may not race at Laurel.

“The owners want her to get a graded stakes win,” Delacour said. Smiling Causeway won the Turf Amazon at Parx in July and currently has 12 MATCH Series points.