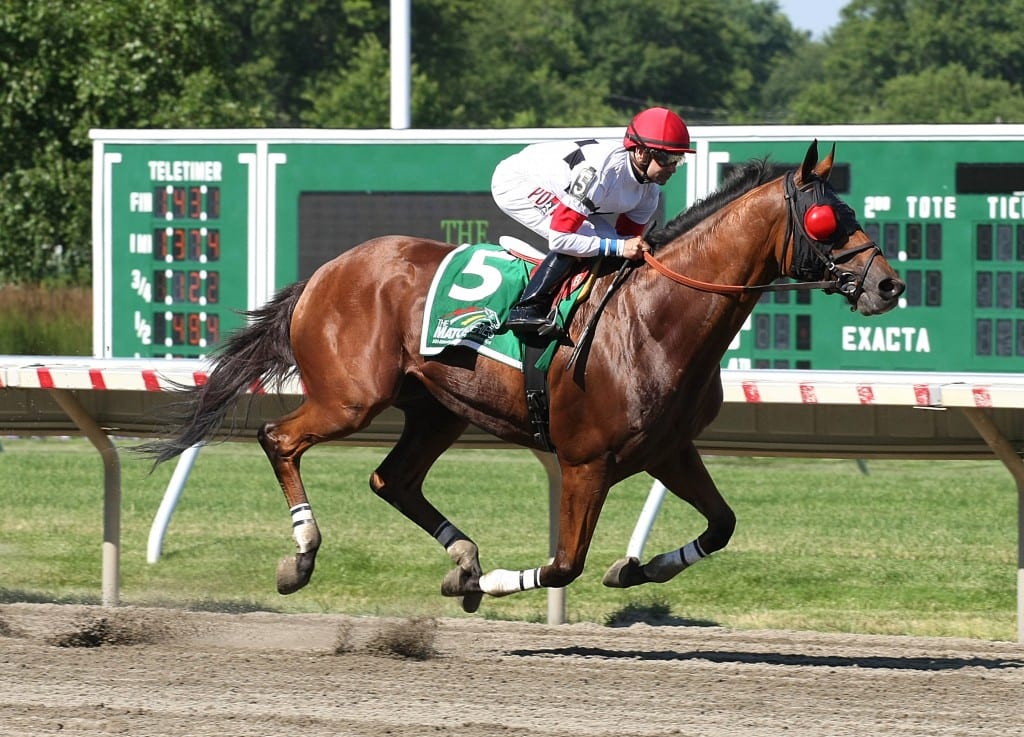 It couldn’t have been any easier for Harlan Punch in Saturday’s Grade 3, $100,000 Philip H. Iselin Stakes at Monmouth Park.

In a race that scratched down to just four runners, the five-year-old Harlan’s Holiday gelding was left the main — indeed, the only — speed and took full advantage.

Under jockey Jersey Joe Bravo, he grabbed the early lead, set a dawdling opening quarter of 24.93 seconds, and then never gave his foes a chance. Ahead by two lengths after three-quarters of a mile in 1:12.53 over a fast main track, he pulled away to win by 5 1/4 lengths in 1:44.53 for 1 1/16 miles. It was the first graded stakes win of Harlan Punch’s career.

Veteran Page McKenney, the popular Pennsylvania-bred former-claimer-made-good for trainer Mary Eppler, gave willing chase under jockey Horacio Karamanos, but pressing the pace was never going to play to his strength. He nevertheless fought off Backsideofthemoon for the place, 1 1/2 lengths ahead, while that rival had the show position.

Imperative, off over a year, finished fourth.

Harlan Punch earned 10 points in the MATCH Series, his first in the series, while Page McKenney accrued seven and leads all horses with a total of 17.

MATCH STANDINGS – 3 & UP, LONG ON THE DIRT DIVISION

“Joe Bravo rode him perfectly, as he always does for me. A perfect ride and the race just set up perfectly for us. When that horse gets to the lead he’s tough. He gets in front and he gets his ears up, he relaxes and he’s tough to beat. It’s the first of many more graded stakes for him I hope.”