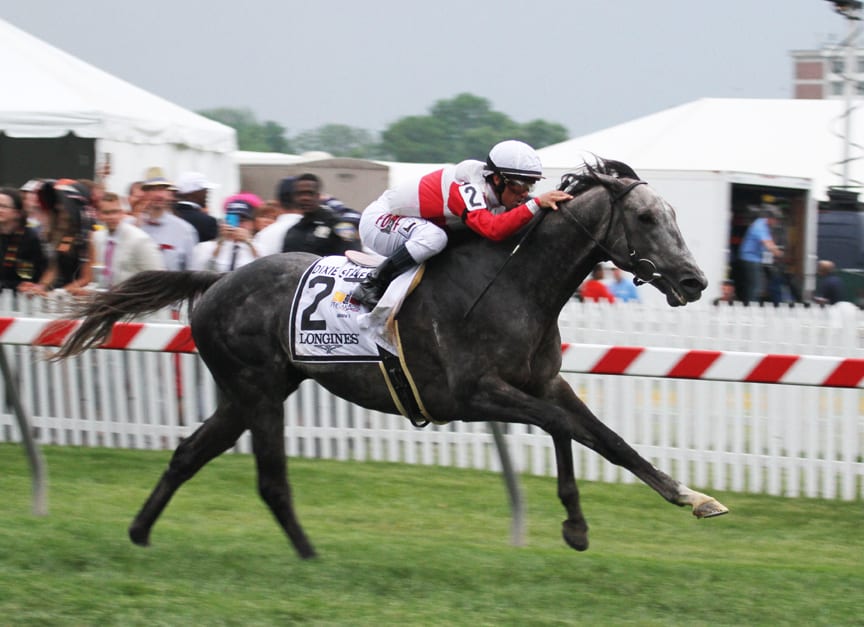 The 117th running of the Dixie will be one of eight stakes, four graded, worth $2.55 million in purses on a 14-race Preakness Day program May 19 highlighted by the 143rd running of the Preakness (G1), the Middle Jewel of the Triple Crown.

In beating favored stablemate Shining Copper by a half-length, Sir Dudley Digges gave Maker and owners Ken and Sarah Ramsey their third victory in the Caribbean classic run on turf. Sir Dudley Digges also won the 2016 Queen’s Plate, Canada’s version of the Kentucky Derby, with the horse becoming the first winner of both races.

“He’s always an overlooked horse,” Maker said of Sir Dudley Digges, who is 7-7-3 in 23 career starts. “But I think he shows up and runs his race every time. Shining Copper didn’t have the best of trips, like we expected, but Sir Dudley Digges ran great.”

Sir Dudley Digges has won at distances ranging from a mile to 1 ½ miles, winning on grass and also at 1 ¼ miles over Woodbine’s synthetic surface in the Queen’s Plate.

“He’s kind of done it all,” Maker said. “He’s very easy on himself – a pretty versatile horse.”

California Night is coming out of a 10th-place finish in Keeneland’s Blue Grass (G2) April 7 after winning an Aqueduct allowance race. Battle at Sea, also owned by Three Diamonds, took four races to break his maiden but now has won two straight, including the Fair Grounds’ Crescent City Derby for Louisiana-breds.

Hui and Maker had long been fans of Hogy, finishing behind him with other horses on several occasions, when they claimed the gelding at age 8 for $80,000 at Saratoga last summer.

They promptly won the Kentucky Downs Turf Sprint (G3) to get out on the horse. Hogy subsequently was second in a stakes at Keeneland before Hui put up $100,000 to run him in the Breeders’ Cup Turf Sprint (G1), in which he finished 11th.

Hogy returned to at age 9 to win a stakes Jan. 28 at Sam Houston, then stretched out to a mile to capture Gulfstream Park’s Canadian Turf (G3) March 3 – his 19th career victory in 51 starts.

At Pimlico, Hogy seemingly gets a class break from his last start, when he faded to last of nine in Keeneland’s Maker’s 46 Mile (G1), a race in which the lack of pace defused his closing style.

“It was probably the company, and he had a wide trip with no pace,” Maker said.