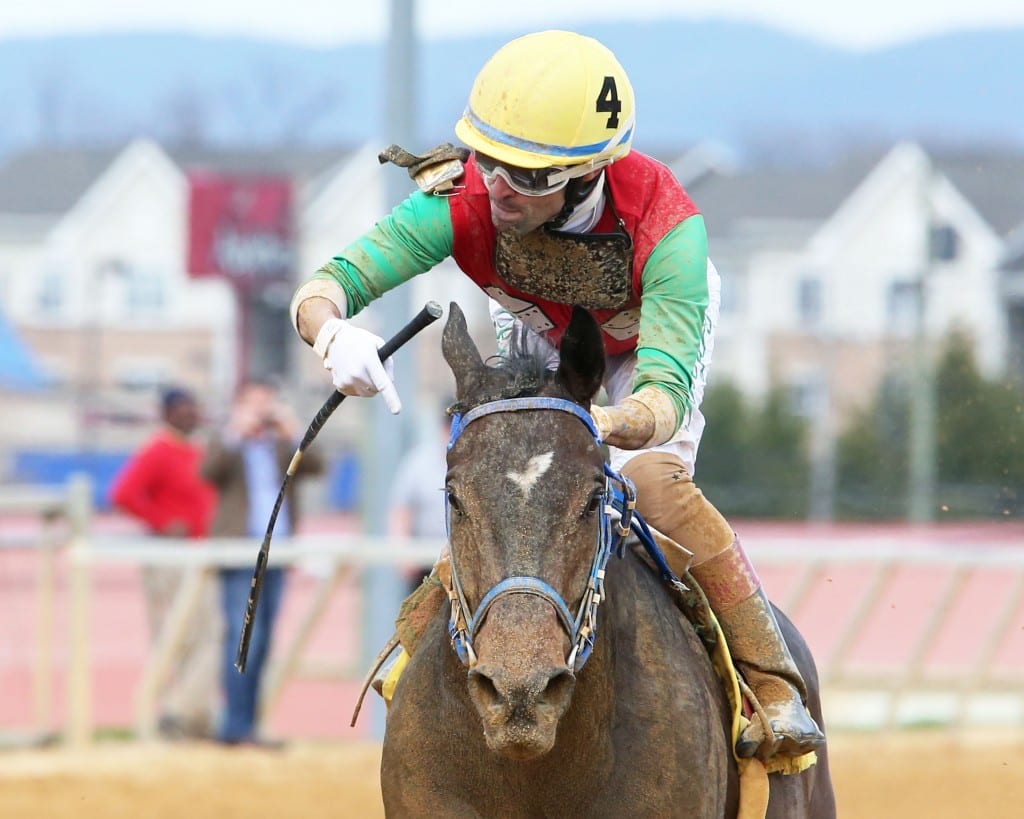 There have been some changes in the Charles Town jockey ratings at since our previous ranking, but jockey Christian Hirlado has remained consistent at the top. With 331.62 points in our alternative jockey ratings, Hiraldo continues to lead the colony.

The most significant change in our point standings came in the form of Xavier Perez jumping from seventh place to second. His decisive victories in the Dance to Bristol Stakes, aboard Lake Ponchatrain, and Down Town Allen Stakes, with Anna’s Bandit, on April 21 were enough to dramatically improve his position. With 322.50 points under his belt, Perez now sits in second, ahead of Arnaldo Bocachica (313.77), Jose Montano (287.89), and J. D. Acosta (283.67), who complete the top five.

The rating system is designed to highlight individuals who win frequently, and score in major races. Our stats have been applied to each jockey at Charles Town who has competed in at least 30 races and won at least once.

Just like before, Hiraldo remains second in the win column. Hiraldo has added seven victories to his resume since our last check-in, bumping his win count up to 39. However, Hiraldo is not the only rider that has been making some noise in the winner’s circle. Since our last review, Arnaldo Bocachica has also been collecting wins. Bochachica has ridden to glory nine times over the last couple of weeks, seizing his place on top in wins and obtaining second place in terms of win percentage, with a rate of 22.86 percent. With 40 wins under his belt, he remains merely one step ahead of Hiraldo. Gerald Almodovar now sits close behind in third with 38 wins.

Perez’s winning trend continues, as he leads his fellow riders with the highest wagering return on investment. His ROI of $2.54 has him comfortably ahead of Hiraldo and Acosta, who are tied in second with an ROI of $2.32.