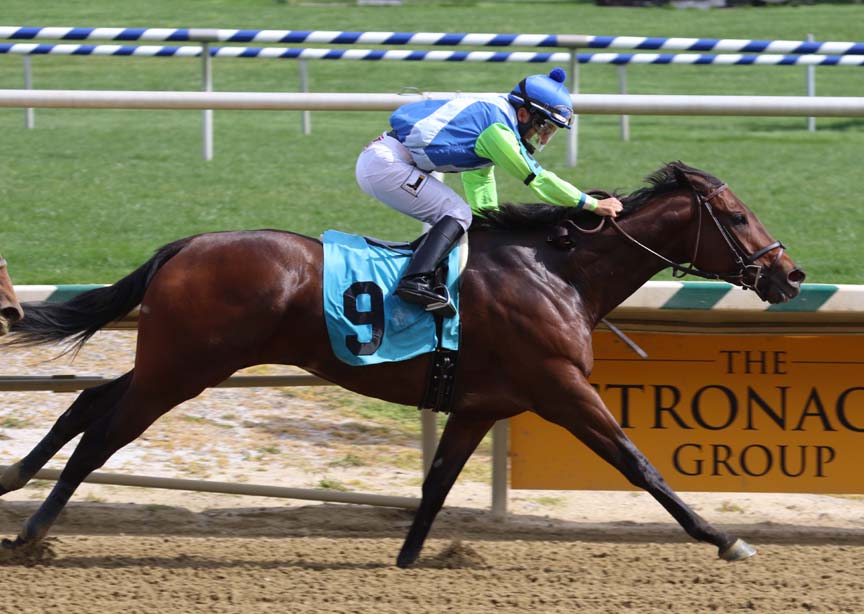 Making her 2018 debut, Lael Stables’ Chalon looked every bit the part of a prohibitive favorite in winning the 6-furlong, $100,000 Primonetta Stakes for older fillies and mares by a length over the betting public’s second-choice, local up-and-comer Cairenn.

Under jockey Paco Lopez, Chalon (4-5) took a stalking position early behind Your Pace or Mine, who led through the first half in sharp fractions of 21.91 and 45.26. When the field began their move towards the leaders, Lopez, sitting confidently three wide, took a peak under his shoulder, asked his filly with a nudge and was never headed, though roused in the final furlong to secure the victory.

Cairenn (7-2) was off slowly but made a nice move between rivals and appeared the only threat to the winner, continued gamely through the stretch only to be clearly second best, five-lengths in front of Short Kakes who got up late to complete the Trifecta.

“I’ve ridden this filly before, she’s a nice filly. She broke good and I got in a good position. I knew the fractions were quick but she was going real nice.

“I was on the best filly in the race and she proved it today. When the other filly came to her at the eighth pole, I just gave her a reminder and she responded really well.”

Short Kakes was reluctant to load, then was steadied back between rivals in the opening furlong finding herself in unfamiliar territory, yet raced passed rivals showing late interest.