Trimble, Russell sure to remember Always 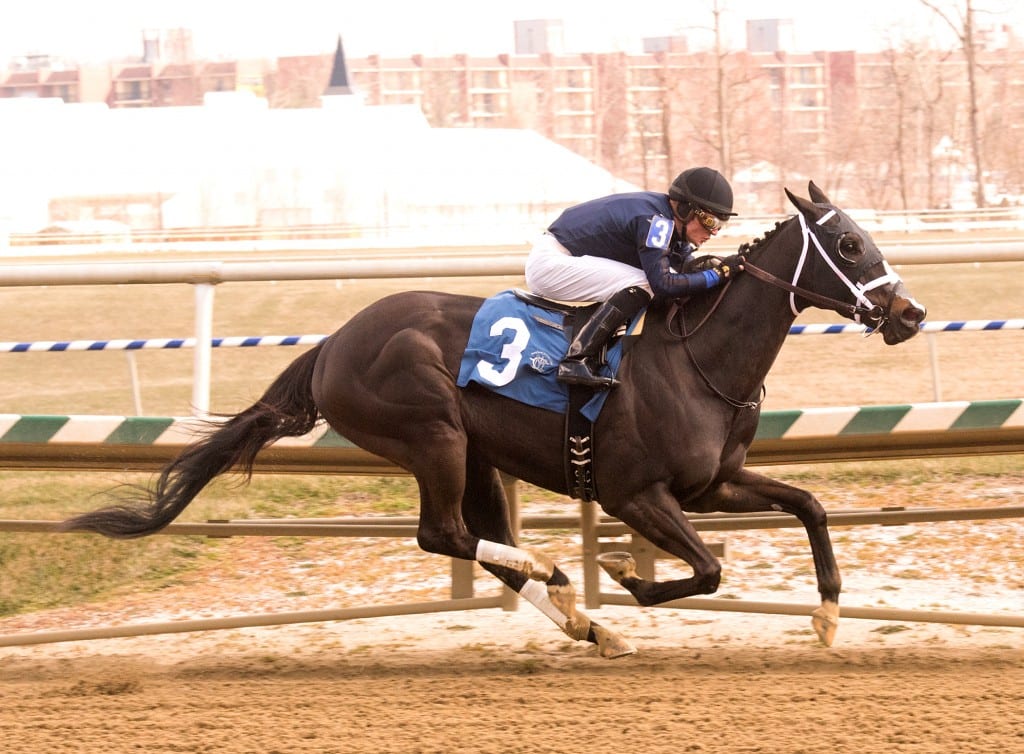 “Did she say anything nice about me?” Sheldon Russell joked after Sunday’s fifth race at Laurel Park.

Russell had just ridden Always, a four-year-old Afleet Alex gelding trained by his fiancee, Brittany Trimble, to a first-out maiden win and had reason to smile.

“It’s really nice that I got to win on one of her horses,” he continued. “I’ve had to sort of watch two of the other ones win, but lucky enough, it worked out.”

Indeed, the fast-starting Trimble now has won with three of the first seven starters of her career. But her three prior collaborations with Russell had resulted in no better than a runner-up effort.

That skein ended today, with Always drawing away to deliver an emphatic, 4 1/4 length score under Russell. Running time for the six furlongs in the $40,000 maiden special weight test was 1:10.67, and the runner-up, favored Saratoga Bob, was nine lengths clear of the rest of the field.

“I’ve been fortunate enough to sit on him in the mornings,” Russell said of Always. “His homework has been very impressive. It’s nice to see him come out here and do what he’s been showing us in the mornings.”

“He’s always showed a lot of promise,” Trimble agreed. “We worked him out of the gate one day, and I was like, ‘This is a racehorse.'” 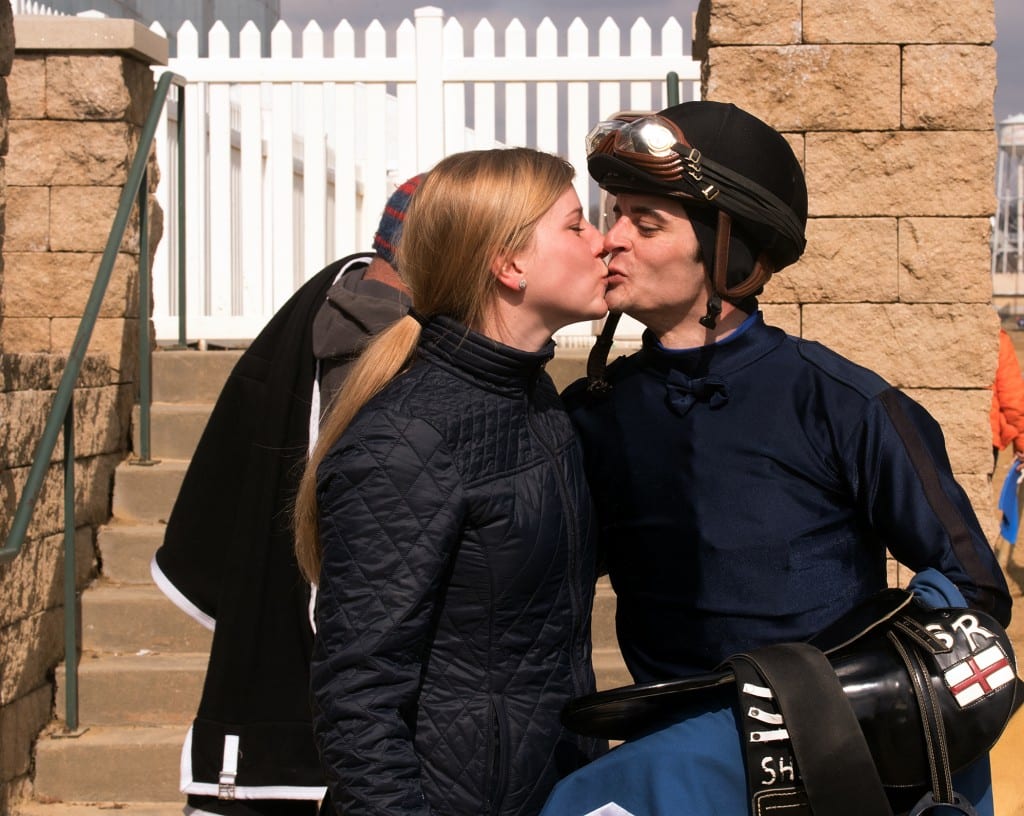 Brittany Trimble and Sheldon Russell kiss after Russell and the Trimble-trained Always won a maiden race.

He certainly looked the part today. Always broke alertly to grab the early lead while pressured by another debut runner, Cyclobomb, disposed of that rival when asked and was never really threatened in the lane. He zipped the last quarter-mile of the contest in 23.55 seconds.

It certainly was a case of patience rewarded for Trimble and owner Peter Blum Thoroughbreds. Trimble said that Always became ill last spring and that Blum “gave him a lot of time off for it.

“He just turned him out for a long time, and it did a lot for him,” she continued. “When he came back into the barn, he was a different animal. He blew up, he was just big and strong.”

Always, a homebred for Blum, is out of the Touch Gold mare Lady’s Touch. He is a full-brother to the multiple graded stakes-placed For Greater Glory, who has earned just north of $400,000.

With the score, Always became Trimble’s third winner from seven starts to date.

“It feels really good,” she said with a big smile. “I’m just lucky to have the horses I have right now, that’s all.”