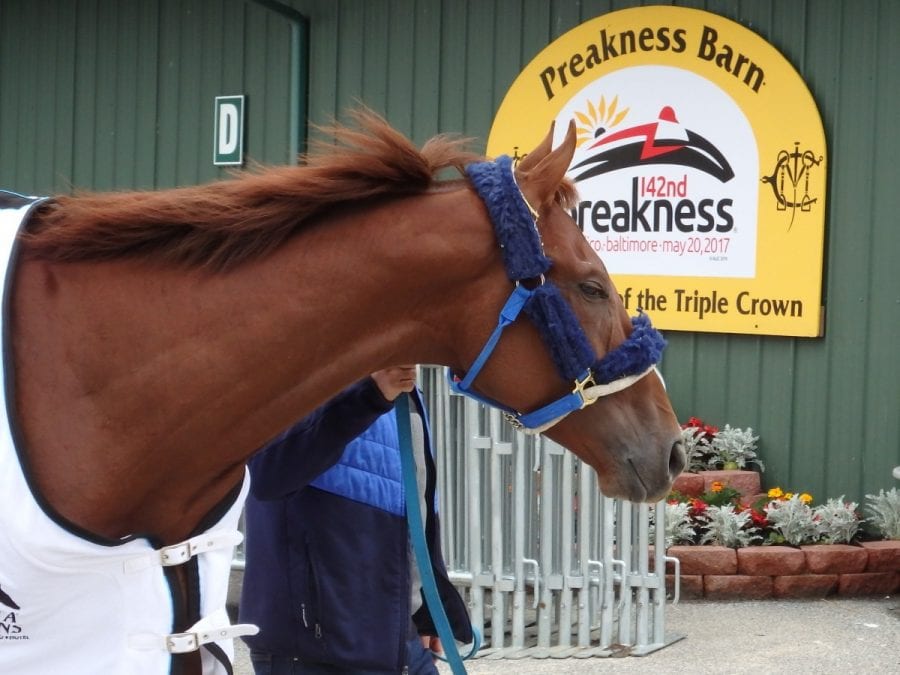 Gunnevera at Pimlico. Photo by The Racing Biz.

Highlighted by the 143rd running of the Preakness Stakes (G1), the Middle Jewel of the Triple Crown, legendary Pimlico Race Course will offer 15 stakes worth $3.7 million in purses during its spring meet which opens Thursday, May 10.

The 12-day stand will run Thursdays through Sundays with the exception of Sunday, May 20. There will be a special Memorial Day program to close the meet on Monday, May 28.

“The Preakness Meet at Pimlico is always very special, and this year we’re looking forward to this boutique meet with many of the best horses, horsemen and jockeys in North America competing at our legendary site,” said Sal Sinatra, President and General Manager of the Maryland Jockey Club. “Along with the world-class racing, highlighted by the 143rd Preakness and 94th Black-Eyed Susan, there will be a number of wonderful events surrounding the Pimlico Meet and Preakness. We look forward to welcoming fans from around the world and the incredible equine athletes who will compete during these 12 special days.”

The $100,000 Skipat for fillies and mares 3 and up at six furlongs and the $100,000 Jim McKay Turf Sprint for 3-year-olds and up at five furlongs on the grass, both May 18, along with the Maryland Sprint and $100,000 The Very One for fillies and mares 3 and older at five furlongs on the turf will kick off the newly re-established Mid-Atlantic Thoroughbred Championship (MATCH) Racing Series.

The MATCH series, which debuted in 1997 and ran for five years, will be contested throughout the summer at Pimlico, Laurel Park, Delaware Park, Monmouth Park, Parx, Penn National and Presque Isle Downs, combining multiple stakes worth $2.9 million in purses with bonuses for participating owners and trainers both for overall points accumulated and in each of five age/surface divisions.

Preakness Week at Pimlico includes several special events including Sunrise at Old Hilltop, the Alibi Breakfast, the Ultimate Girls Day Out and InfieldFest, one of the country’s most eclectic outdoor music festivals.