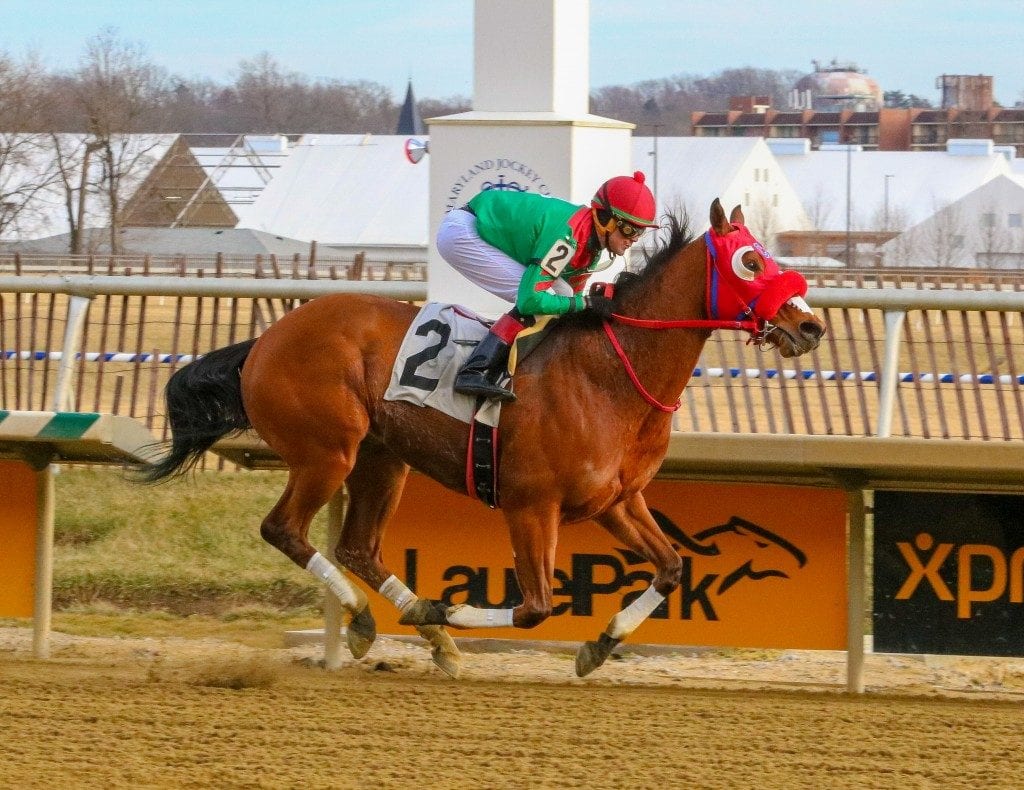 BB Horses’ Afleet Willy broke running and never looked back, putting away fellow multiple stakes winner John Jones at the top of the stretch and sprinting clear for a five-length victory in the $100,000 Native Dancer.

Ridden by Jomar Torres for Claudio Gonzalez, Maryland’s leading trainer of 2017, Afleet Willy ($4) hit the wire in 1:43.78 for about 1 1/16 miles as the even-money favorite. Bodhisattva came from dead last to be second, 3 ¼ lengths ahead of John Jones.

Afleet Willy won the 1 1/8-mile Richard Small at Laurel Nov. 11 and made his 5-year-old debut Jan. 8 in the six-furlong Dave’s Friend, a race where he was never in contention after being bumped and squeezed out of the gate and wound up eighth.

He had no such trouble in the Native Dancer, in command while pressed through fractions of 25.62 seconds, 49.36 and 1:12.71 by John Jones. Winner of the one-mile Jennings last out Dec. 30, John Jones began to drop back once straightened for home as Afleet Willy extended his lead through the stretch.

“The last time he had a lot of excuses, and six furlongs is not the best distance for him. Today he was going longer,” Gonzalez said. “I knew he was going to take the lead and go easy. Jomar did a great job. The first quarter went in 25, so that was very good. He’s a nice horse.”