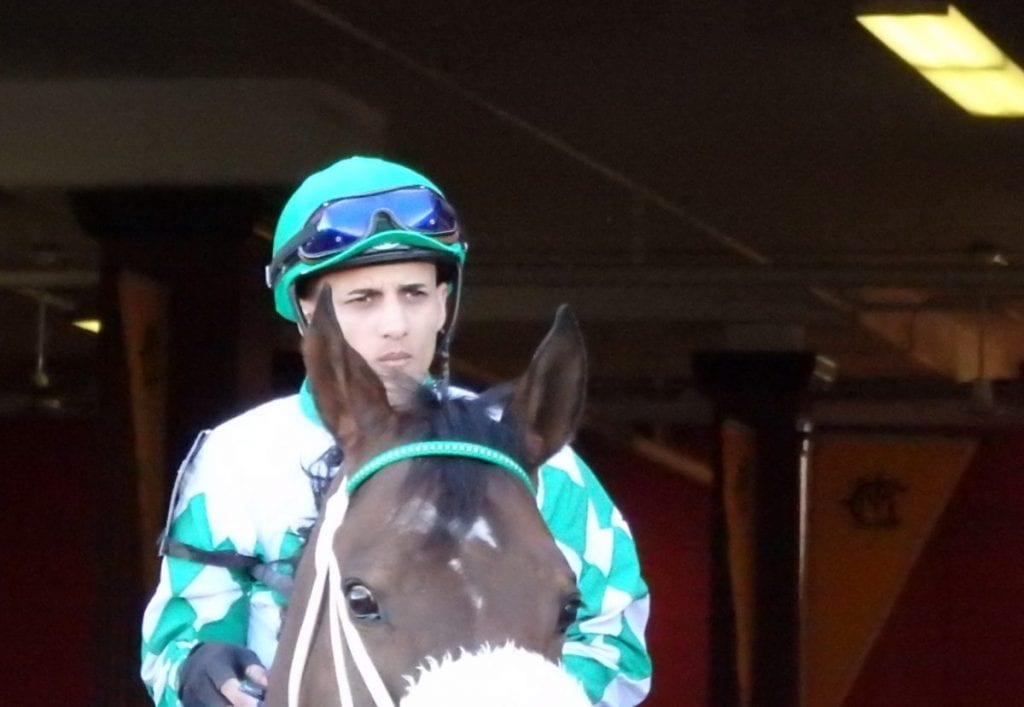 Jevian Toledo, Maryland’s leading rider of 2017, is hopeful of returning to action late next month after being injured in a spill during training hours Sunday morning at Laurel Park.

Toledo’s agent, Marty Leonard, said Monday afternoon the 23-year-old Toledo is wearing a neck brace to help with the pain from what doctors believe was whiplash along with compression fractures of the T7 and T8 vertebrae in his middle back and a punctured lung, suffered when Toledo was thrown when the horse he was working fell.

“The two vertebrae are less than 25 percent fractured, so he was lucky that it wasn’t a more severe injury,” Leonard said.

Initially taken to Howard County Hospital in Columbia, Md., Toledo was transferred to the University of Maryland Medical Center’s Shock Trauma unit Sunday afternoon for a second opinion on the lung puncture, Leonard said. Toledo was released at 9:30 p.m.

Leonard said Toledo has follow-up appointments scheduled for Feb. 5 and 19, and if all goes well and he does not feel any pain, he will be cleared to ride.

A native of Caguas, Puerto Rico, Toledo topped all jockeys in Maryland with 144 wins and $4,564,961 in purse earnings in 2017, leading Laurel’s calendar year-ending fall meet with 61 wins and $1.8 million in purses.