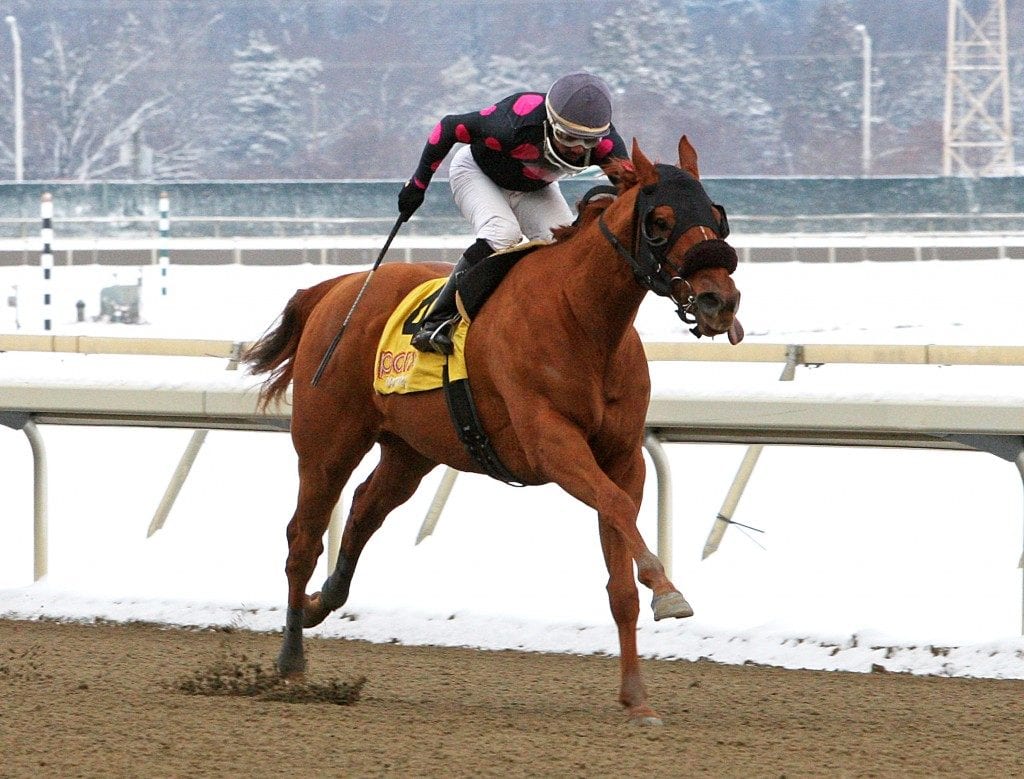 One 2017 high note: Iredell set a Parx Racing six-furlong record, covering the distance in 1:07 1/5 on December 30. Photo By Taylor Ejdys/EQUI-PHOTO

The good, the bad, and the ugly were all on display in the Pennsylvania thoroughbred industry in 2017.

One of the black eyes the sport suffered came in July with the conviction of Penn National-based trainer Murray Rojas, who was found guilty by a Harrisburg jury of 14 charges of administering medications to horses that were not permitted within 24 hours of racing. The trial was notable for its witnesses, including former leading trainer Stephanie Beattie, who revealed the widespread use of illegal race-day medication at the Grantville oval.

In August, Stuart S. Janney III, chairman of The Jockey Club, referenced  Pennsylvania’s “dysfunctional regulatory landscape” at the Jockey Club Round Table Conference on Matters Pertaining to Racing in Saratoga, and held it up as an example of why the sport needed the federal government to police it.

In early December, the horse Silent Ruler was found in his stall at Penn National by veterinarian Kathryn Papp, suffering from an untreated fractured sesamoid by owner/trainer Mario Rafael Rodriguez. Other horses in Rodriguez’s barn were also determined not to be receiving proper medical care, and one horse died in its stall.

Rodriguez was initially suspended 45 days by stewards, and then was given a one-year ban by the Pennsylvania State Racing Commission, which was then extended Dec. 19 to an indefinite ban.

The Commission’s ruling stated that Rodriguez’s “general fitness as a trainer/owner presents a clear and ongoing danger to the remaining number of horses under his control and his qualifications as a trainer are inconsistent with the best interests of racing.”

But there was some good news on the Pennsylvania landscape, too.

After years of lawmakers redirecting funds from the racing industry to plug budget deficits, a new law signed by Gov. Tom Wolf Oct. 30 guarantees the current funding level to the Race Horse Development Fund, thereby eliminating the annual threat that negatively affected racing and breeding. It was hoped that the breeding industry, especially, would experience a rebound in 2018 and beyond.

We asked several people involved in Pennsylvania racing and breeding about what they would like to see for the industry in 2018, and the following are their replies:

“From an owner’s perspective it’s easy… promote racing. They don’t promote racing and the great tradition we have in Pennsylvania as a key player in the thoroughbred industry. Watch the Triple Crown, Breeders Cup, or major stakes around the country and undoubtedly there will be Pennsylvania-breds running in those races. However, most people who live or visit Pennsylvania wouldn’t even know that horse racing exists because it is so poorly promoted, in my opinion. Pennsylvania and the Pennsylvania racetracks need to find ways to promote racing to bring new fans to the track. At Penn National, the few promotions they do are wildly successful. Why not do more? Attracting new and younger fans will help to stabilize what many call a dying sport. That is the number one thing I would like to see happen in 2018 at Pennsylvania racetracks. Higher purses would be great, as well as more Pennsylvania-bred restricted races and additional racing days, but all that is a moot point if the sport isn’t around in 5-10 years.”

Diamond B Farm is Pennsylvania’s leading breeder for 2017.

“In 2018, I’d like to see the continuation of the best breeding program in the country. To quote my old friend, the late Buzz Chace, ‘Is this a great game, or what?’ And good luck to all the breeders in 2018.”

“I’d like to see better advertising and making the sport more people-friendly. Horse racing in general is terrible at marketing itself outside of Kentucky Derby time and the Breeders’ Cup.

“I would love to see a better uniform doping policy. Parx Racing/Penn National reputations are awful, and being a little stricter and doing what’s right would be super. There should be more aggressive or lower takeouts in betting pools to attract more out-of-town gamblers, and a commitment to turf racing. The Parx turf course is awful and Penn barely runs on theirs. I have a Pennsylvania-bred turf horse that runs three times a year, if I’m lucky, in Pennsylvania. Some local television coverage would probably help or be beneficial.”

“More competitive pricing of the betting product – both Parx and Penn have very high takeout rates relative to other tracks nationally – 30 percent on trifectas at Parx and 31 percent at Penn. This is far above NYRA (24 percent), Churchill (22 percent) and Southern California (23.68 percent).

“If a horse gets DQed for a positive, the jockey should still get paid. The money should come out of the owner’s account. Furthermore, the horse with the positive should lose the condition if it won the race. I also like the idea of penalizing that horse. The suggestions for 30 days (penalty) is too short, 90 days would be good. But I wonder if that would carry over to other jurisdictions, or would the trainer/owner just move the horse to a different circuit.

“On a positive note, Turning for Home (the Parx in-house retirement program) is a model for the industry. All tracks ought to have a similar program.”