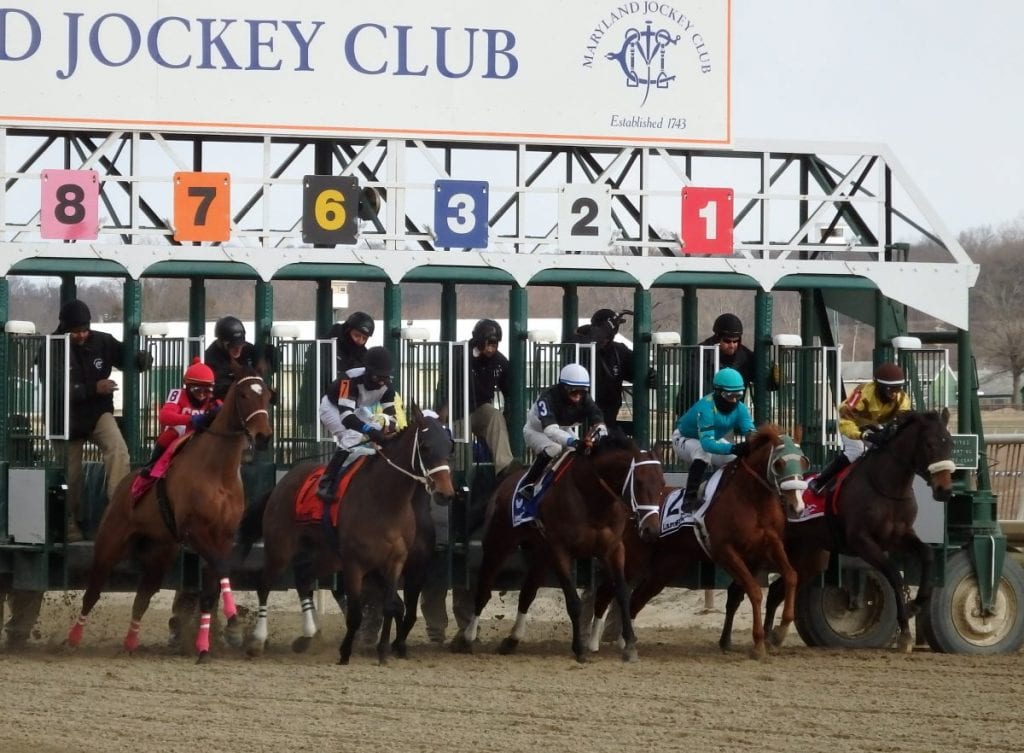 Off in the Maryland Racing Media Stakes. Photo by The Racing Biz.

The decision, the Maryland Jockey Club said in a group text message, was made “due to extreme cold weather.” As of 9:15 a.m., the temperature in Laurel was 17 degrees with a wind chill of just six degrees. The day’s projected high is 23.

The move came a day after Laurel was forced to cancel the last three races — two of them stakes — of its Saturday card. That decision was prompted after three jockeys were thrown — and two of their horses went down — in the same spot past the second wire.

After the third incident, rider Sheldon Russell said, the jockeys convened, agreed that the problem with the surface needed to be addressed, and then voiced their concerns to MJC president Sal Sinatra. Sinatra then agreed to cancel the remainder of the card. At that time, management also canceled training for Sunday morning.

The two stakes that were not run Saturday — the one-mile, $100,000 Thirty Eight Go Go for older fillies and mares and the six furlong, $100,000 Dave’s Friend for three-year-olds and up — are slated to be run on Friday, January 5.