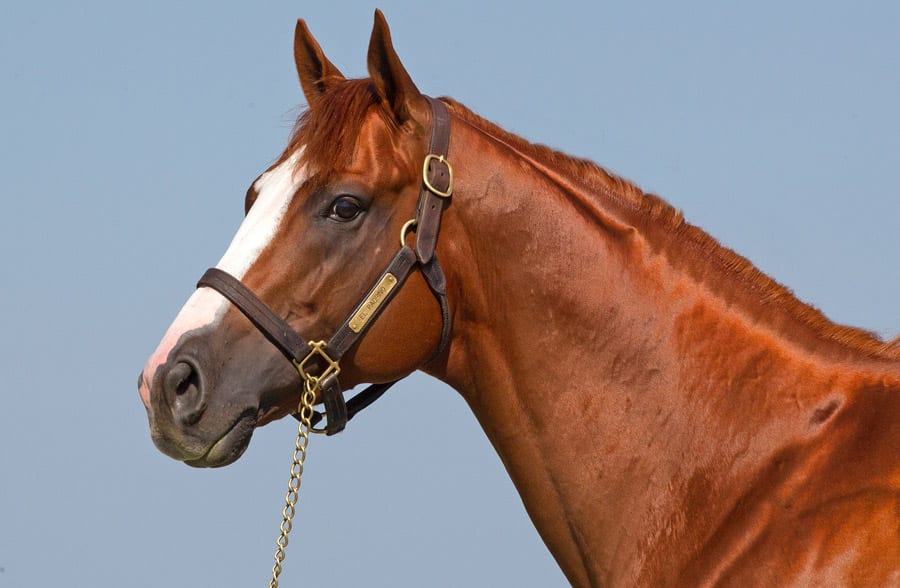 One of the region’s most popular stallions, the syndicated son of Pulpit had stood at Northview PA in Peach Bottom, PA, since entering stud in 2014.

From a deep family that includes champion Queena, Grade 1-winning second and third dams Chic Shirine and Too Chic, and Grade 1-winning millionaire half-brother, Verrazano, El Padrino was a hit when he entered stud, covering 89 mares his first season and 109 the second. He covered 55 mares in 2017, according to the Jockey Club’s report of mares bred, 11th most of any mid-Atlantic sire.

With 53 2-year-olds in his first crop, he has eight winners from 13 runners, led by Enchanted Star and Whereshetoldmetogo, both of whom won stakes on the Owners’ Day card at Delaware Park in September. His most recent winner was first-time starter Eagle Terrace at Laurel Park on Nov. 17.

El Padrino retired as a graded winner with six on the board finishes in eight starts, and earnings of $326,770. The flashy chestnut out of the Giant’s Causeway mare Enchanted Rock was a $210,000 Keeneland September sales yearling. Todd Pletcher trained him for Let’s Go Stable.

A maiden winner at two by more than a dozen lengths, he enjoyed his finest moment the following year, when he captured the Risen Star Stakes (G2) in near-record time of 1:42.96 for 1 1⁄16 miles. He also had a graded placing in the Grade 2 Remsen as a two-year-old, when he finished third to O’Prado Again.