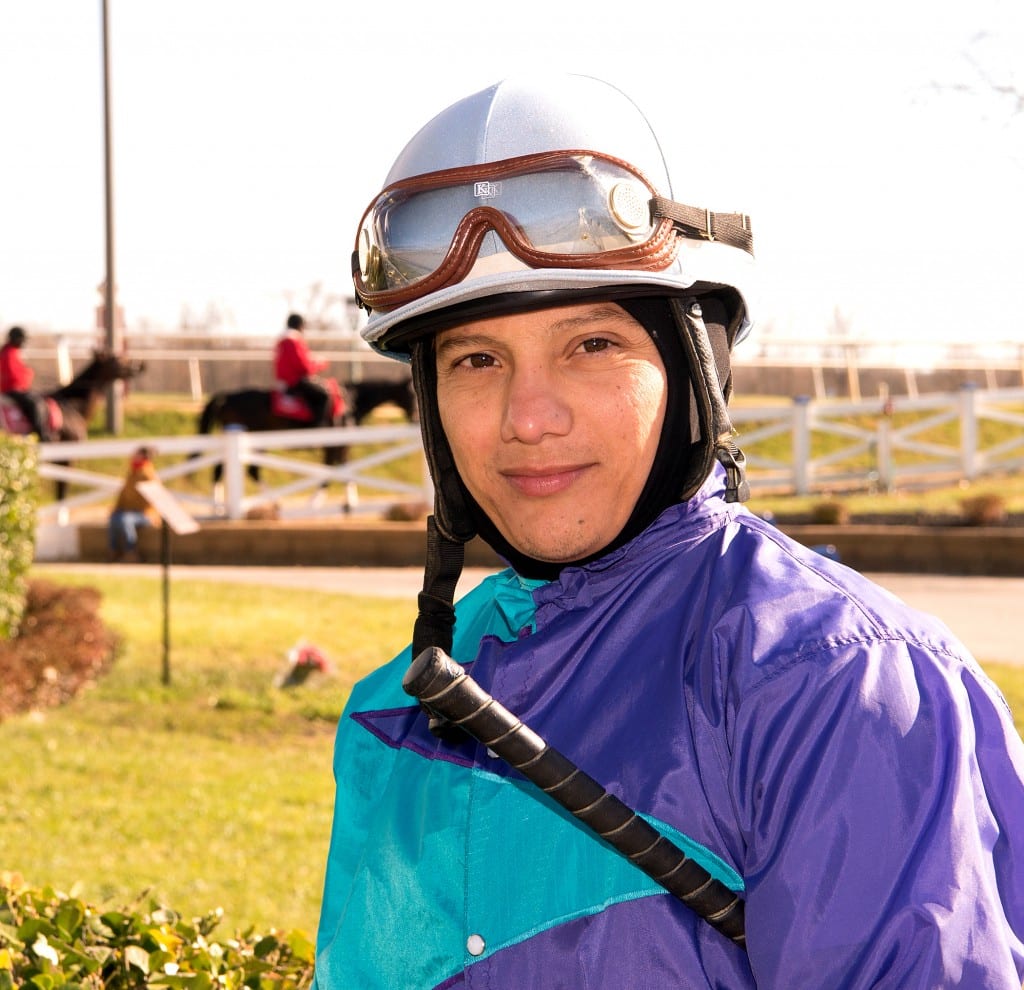 Journeyman Elvis Trujillo, a winner of more than 2,000 lifetime races, is making Laurel Park the latest stop in a well-traveled career that has taken him around the world.

Trujillo, who turned 34 in October, comes to Maryland by way of China, a country looking to expand its Thoroughbred breeding and racing footprint which hosted an Equine Cultural Festival in August at Yiqi Racecourse.

A 2000 graduate of the Laffit Pincay Jr. jockey school in his native Panama, Trujillo hadn’t competed in the U.S. since June 8 at Gulfstream Park when he rode three races at Laurel Nov. 10. He is named in three of 10 races on Thursday’s 10-race Thanksgiving holiday program.

“The people are so nice here. They are very humble and nice,” Trujillo said. “I like it here. It’s a very nice place.”

Trujillo’s uncle, Jose Corrales, who rode more than 1,000 winners as a jockey before turning to training, is based at Laurel and suggested his nephew consider Maryland to launch his North American comeback.

“I rode three or four months in China. I wanted to try something different before I came back,” Trujillo said. “My uncle told me that riding in Maryland would help me and it would be a good idea to come.”

Trujillo first came to the U.S. in November 2001, landing in southern California after riding 90 winners in Panama and Mexico City. He rode his first winner on Nov. 28 of that year aboard Britetonzmyday at Hollywood Park, a horse trained by former Eclipse Award-winning apprentice Wesley Ward.

From there, Trujillo spent time riding on circuits in Chicago, Florida and New Jersey, winning meet titles in 2007 at Calder Race Course and 2009, 2011 and 2012 at Monmouth Park. His 2,000th career victory came May 9, 2015 aboard first-time starter Matriculate at Santa Anita.

Trujillo is no stranger to Maryland, having shipped in to ride over the years and winning such races as the 2010 Maryland Million Starter Handicap with Northpoint Costas, 2012 Laurel Dash with filly Jazzy Idea, and 2012 Selima with Mystic Love.

In all, Trujillo has won 44 career graded stakes, five of them Grade 1, including his breakthrough victory in the 2007 Breeders’ Cup Filly & Mare Sprint aboard Maryfield, on whom he also won the Ballerina (G1). His best horse was Presious Passion, teaming up to win six graded stakes and nearly $1.9 million in purse earnings from 2007-10.

“I’ve ridden here a few times before but it was always for a race and then I went back home,” Trujillo said. “I won some stakes a few years ago. The people here have always been very nice.”

Agent Kevin Witte is representing Trujillo in Maryland, where the jockey hopes to re-establish himself in a competitive jockey colony that will see Hall of Famer Edgar Prado winter in Florida and perennial leader Trevor McCarthy moving his tack to New York when he returns from shoulder surgery in 2018.

“My agent is a very good man who knows a lot of people. He has helped me a lot,” Trujillo said. “I want to stay for the winter. I want to try hard and work hard every day. I’m still learning every day. I am here to try hard.”