Sinatra hoping for one more “miracle” with Admirals War Chest 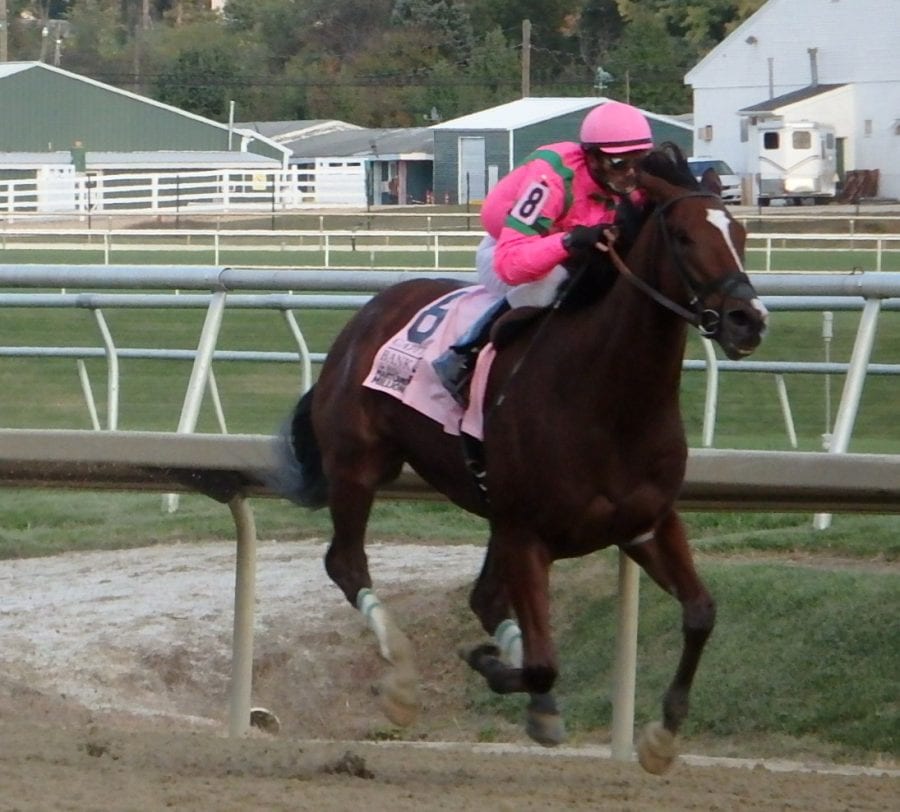 Before there was medicine, there were horses. Growing up on Long Island meant visits to Aqueduct, Belmont Park and Saratoga to watch the races. Wrestling at the Division I level in college honed a commitment to fitness and an appreciation for the athleticism of competitors in all sports.

Stephen Sinatra was still a senior at Albany Medical College in upstate New York when he bred his first horse. It started him on a course where he has been able to combine his passions and ultimately brought him to Maryland, where Thoroughbred racing and breeding has more than two and half centuries of tradition.

Berkley Farm in Darlington, Md. sits on the shores of the Susquehanna River and is home to Sinatra Thoroughbred Racing and Breeding, a premier full-service facility covering 160 acres that the Connecticut-based cardiologist purchased in 2013 following the sudden death of his friend and mentor, noted Maryland breeder Allen Murray.

For the past two years, Berkley Farm has been also been home to the winner of the Maryland Million Classic, the richest event on ‘Maryland’s Day at the Races,’ the groundbreaking event that will be held for the 32nd consecutive year Saturday, Oct. 21 at Laurel Park.

Admirals War Cry, bred and owned by Sinatra and trained by Corby Caiazzo, is expected to make a bid for an unprecedented three straight Classic wins. Only one other horse has won the Classic three times, Eighttofasttocatch, in 2011, 2013 and 2014, and is also the most recent of six horses to earn three career Maryland Million victories.

“When you look at it and you look at the competition and things like that, I really have to hand it off to the horse. He’s 6 years old now; he won at 4 and 5,” Sinatra said. “We’re holding him together and, according to Corby, he’s knocking the barn down. That’s a good thing. He only just ran [Oct. 8] and he’s doing well.”

Sinatra, 71, was introduced to Thoroughbreds by his father on frequent trips to tracks near their home, as well as summer pilgrimages to Saratoga. He did his pre-med studies at Franklin & Marshall in Lancaster, Pa. where he wrestled and roomed with a linebacker on the football team that unwittingly turned a hobby into something greater.

“One of my roommates from college, his dad owned seven horses at Belmont. His dad died of cancer in his 40s and left my fraternity brother seven horses. He sold six of them,” Sinatra said. “He called me up one day and said he couldn’t sell the [last] horse and would I want to breed one with him? I grew up with a dad that took me to the track when I was a child so I had horse racing sort of inculcated into me, so to speak. I said, ‘Sure I’ll breed a horse with you.’ That was like 45 years ago.

“It’s a tough sport. It can wear you down very quickly. I wasn’t an athlete myself, I never would be in this situation,” he added. “I just feel part of the sport. I love the athleticism of these horses and I’ll do everything I can with my knowledge as a physician, as a vitamin and mineral expert, to help the equine fulfill its dreams and goals. A lot of these horses, 90 percent of them, really do want to run. That’s the beauty of the sport. They really want it and if you can meet them halfway, then miracles happen. Just like the Admiral. It was a miracle.”

As his medical career was blossoming, founding the New England Heart Center in 1987 and appearing on major television programs such as ‘The Dr. Oz Show’ and ‘The Doctors,’ Sinatra was breeding horses in New York and boarding horses at the Murrays’ Murmur Farm, adjacent to Berkley.

Following Allen Murray’s death, his wife of 58 years approached Sinatra to see if he would be interested in Berkley Farm. Sinatra made the late Murray’s dream of a creating a training center a reality, complete with a five-furlong track, wide indoor gallop, European style walker, several round pens, breaking pen and ample fields for turn-outs.

“For maybe about eight years before I purchased the farm, I used to deal with the Murrays. I bought a few horses from Allen Murray. He was a prince of a guy. A solid guy, a solid horseman,” Sinatra said. “Not only did I purchase a few yearlings from him, I actually bred a few horses with him. I was also using their facility and having some of my horses trained by Corby when Corby was employed by the Murrays.

“When Audrey asked me about purchasing the farm, I had never really thought about it,” he added. “ I wanted to help out Audrey and being a doctor I know that situation all the time, especially when there’s a sudden death. I’m a heart specialist and I know what that’s like for families. I really like the Murray family and we just worked out an arrangement to buy the farm.”

Sinatra continues to lecture around the country and published three articles in veterinary literature about using vitamins and minerals to try and heal horses. He is scheduled to present a paper in Las Vegas in December on the benefits of grounding, where humans and equines go barefoot to use the Earth’s energy to promote healing and reduce inflammation.

“What I’m doing on the farm is I’m trying to treat horses in the way that I treat humans. I don’t like to use a lot of drugs. I like to use a lot of healthy organic feeds, coconut oil, olive oil, Omega-3 essential fatty acids, vitamins and minerals,” he said. “I use machines, I use massage. I think horses need a lot of attention, a lot of human attention. I know at the farm Corby’s kids actually give the horses a lot of love and attention and I think that’s very important.”

Admirals War Cry’s sire, Elusive Charlie, passed away 1 ½ years ago leaving Sinatra with the stallion Desert Party, a Grade 3 winner he co-bred. Desert Party, by Street Cry out of the Tabasco Cat mare Sage Cat, went for a sales-topping $2.1 million to Godolphin Racing at Fasig-Tipton’s 2008 Florida sale of select 2-year-olds in training.

Sinatra took Desert Party back from Godolphin following a racing career that saw him win six of 10 starts and just shy of $1 million in purse earnings, finishing 14th in the 2009 Kentucky Derby (G1). He currently stands at Irish Hill Century Farm near Saratoga Race Course.

“I used to be involved in the New York program for years. I used to race at the New York tracks. Now I’m switching everything to Maryland and I’m even thinking about bringing Desert Party down to Maryland,” Sinatra said. “If he ever threw a stakes winner – and we have a shot because I saw a few Desert Partys that are looking good – I might bring him to Maryland because Maryland could use another good sire.”

Of the approximately 80 horses Sinatra said he keeps on the farm, he has a band of 10 to 12 broodmares including Current Event, a mare he bought four years ago in Saratoga that went on to produce the sales-topper at the Fasig-Tipton’s Fall Midlantic Yearling Sale earlier this month at Timonium – a Cairo Prince colt that went to Florida-based Esiaman Equine for $300,000.

“The horse was in foal to Noonmark and I was the top bidder. I only bid $10,000 for the horse,” Sinatra said. “She’s well-bred, a Curlin mare with A.P. Indy on the bottom side. She’s related to Stephen Got Even and had some other Grade 1 winners on her page, so I took her home.”

Sinatra, who plans to be on hand Maryland Million Day, has joined other horsemen excited about the revitalization and growth of Maryland’s racing landscape, and is excited about the prospect of making it the full-time home of his racing and breeding operation.

“I’ve always raced in Maryland but now because I have the farm I’m really committed to Maryland. I want to grow the Maryland program. I want to really support it and just be a part of it,” he said. “Hopefully if I can win the Maryland Million a third time or hit the board in it, maybe more people will be attracted to coming to our farm and training facility. I’d like to see Berkley Farm really take the lead in Maryland racing over the next several years. That would be a dream of mine.”