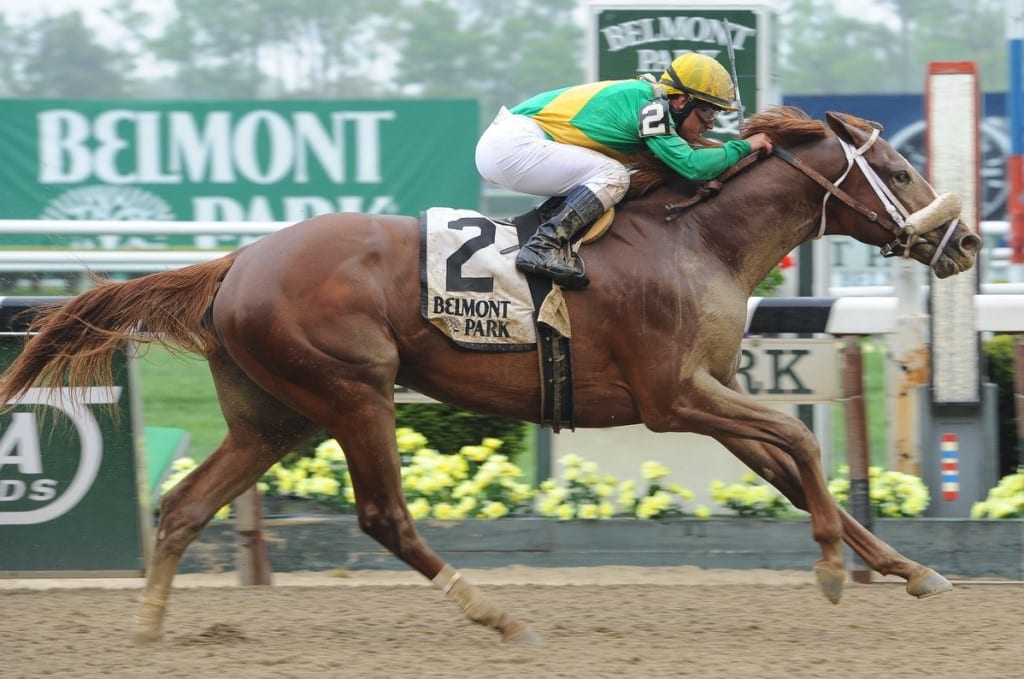 Madefromlucky, a multiple graded stakes winner of $1,351,500 by emerging sire Lookin At Lucky (champion colt at 2 and 3) out of a full sister to three-time leading sire Tapit, has been retired to Northview Stallion Station in Chesapeake City, Md., for the 2018 season. Northview is syndicating the stallion, with details to be announced.

“Madefromlucky has a combination of racing ability and pedigree that we just could not pass up,” said Northview president Richard Golden.

The 5-year-old classically-bred chestnut, a winner of six of his 24 career starts, heads into stud having won his final two starts – the 1 1/2-mile Greenwood Cup Stakes-G3 at Parx in September by more than a dozen lengths, and the Temperence Hill Invitational at 1 5⁄8 miles at Belmont on Oct. 1. He was a graded stakes winner twice at 3, taking the West Virginia Derby-G2 and Peter Pan Stakes-G2, both at 1 1⁄8 miles, the latter which earned him a spot in the Belmont Stakes field.

Madefromlucky was a winner at 2 by nearly 5 lengths at Gulfstream Park, and after taking his 3-year-old debut, also at Gulfstream, he competed exclusively in stakes competition. In addition to his wins, he counted eight stakes-placings, three graded, including a second to American Pharoah in the Grade 2 Rebel at Oaklawn Park in his stakes debut.

From the first crop of classic winner Lookin At Lucky, Madefromlucky is out of Home From Oz (by Pulpit) and is a half-brother to A Shin Gold, a stakes-placed earner of $805,785 in Japan. His second dam, stakes winner Tap Your Heels, is a half-sister to champion sprinter and leading sire Rubiano. The family also includes Belmont Stakes winner, champion and Grade 1 sire Summer Bird and successful sire Glitterman.

Madefromlucky has arrived at Northview and is available for inspection. “We’re very excited to have Madefromlucky at the farm. He has the looks to back up his high-profile pedigree and race record,” said David Wade, general manager of Northview. “I’d encourage breeders to make an appointment to come to the farm and see for themselves.”