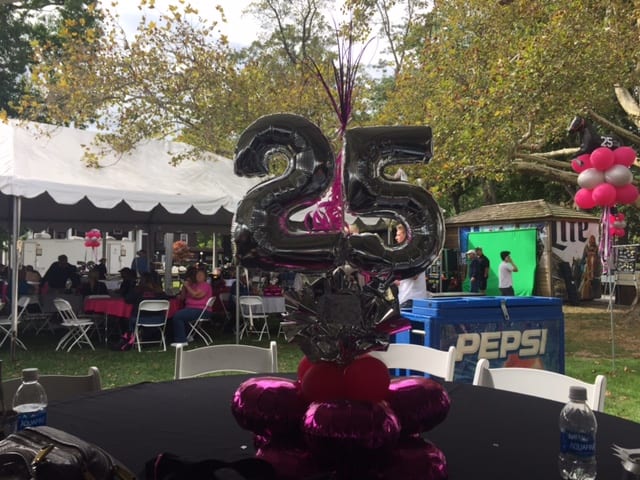 The first Delaware Thoroughbred Horsemen’s Association (DTHA) Owners Day was held in 1993, and the Delaware Certified Thoroughbred Program (DCTP) was created in 2002.

Both were celebrated Sept. 30 at Delaware Park, but it’s important to note another milestone year. In 1994 the Delaware legislature passed the Horse Racing Redevelopment Act, which authorized video lottery terminals at the state’s three racetracks (two of which are harness tracks).

The benefits of gaming at Delaware Park are obvious, even though competition from neighboring states that added casino gambling has taken a serious toll. The revenue allowed the DTHA and the racetrack to create the DCTP, which accrues about $1 million a year from the purse account to spur interest in Delaware Thoroughbred racing and to protect farmland in the state.

The DCTP and a similar program just launched in Virginia, a state that lost its racetrack in 2013, certainly have their place in a very competitive region. Horses bred in any state can become “Delaware-certified” by spending 90 consecutive days in the state prior to April of their two-year-old season. That makes them eligible for not only their state-bred or state-sired bonuses but for up to 50% in bonuses when they race at Delaware Park each year.

On Sept. 30, there were four DCTP-restricted stakes—they didn’t carry the usual bonus because the purses were $75,000-$100,000—and all four were won by horses bred in Maryland.

Trainer Gary Capuano was a happy man late in the afternoon on Owners Day after he won his second consecutive DCTP race with Daniel Crowley’s Hailey’s Flip, a three-year-old filly who defeated some older mares in the $100,000 Tax Free Shopping Distaff. About 30 minutes earlier, Oak Tree Stable’s Enchanted Star, also trained by Capuano, captured the $75,000 Small Wonder for 2-year-old fillies.

Crowley is also the certifier—the person who registers a horse and arranges for it to go to a Delaware farm—of Hailey’s Flip, so whenever she runs in an overnight race at Delaware Park, he gets the full 50% on top of any purse earnings for first, second or third. The bonus is generally split 25% owner and 25% certifier.

Capuano also finished third with Non Stop Stable’s Final Prospect, also bred in Maryland, in the $100,000 New Castle Stakes. The winner, Rickman Racing’s Winplaceorshowono, trained by Ron Alfano, is not only Maryland-bred but by Maryland sire Dance With Ravens, which gives the three-year-old colt first preference in Maryland Million stakes.

Capuano said he looks for Delaware Certified horses at sales or for yearlings that could be certified. He said he recently registered five more horses in the program.

DTHA Executive Director Bessie Gruwell said the program is designed to attract interest in racing at Delaware Park, and Mid-Atlantic horsemen are taking advantage of the opportunity. Because it is tied to preservation of open space, state lawmakers have been very supportive, and nine of them, including Gov. John Carney, were on hand at Delaware Park for Owners Day.

That’s something that shouldn’t be taken lightly. It’s not a secret Delaware racetrack casinos have been lobbying for years for some tax relief given the competition from casinos located not that far away. Anything that drives home the message that racing at Delaware Park is an integral part of the state’s economy is worthwhile from a legislative standpoint, and owners can only benefit from long-term stability and incentives to race in Delaware.