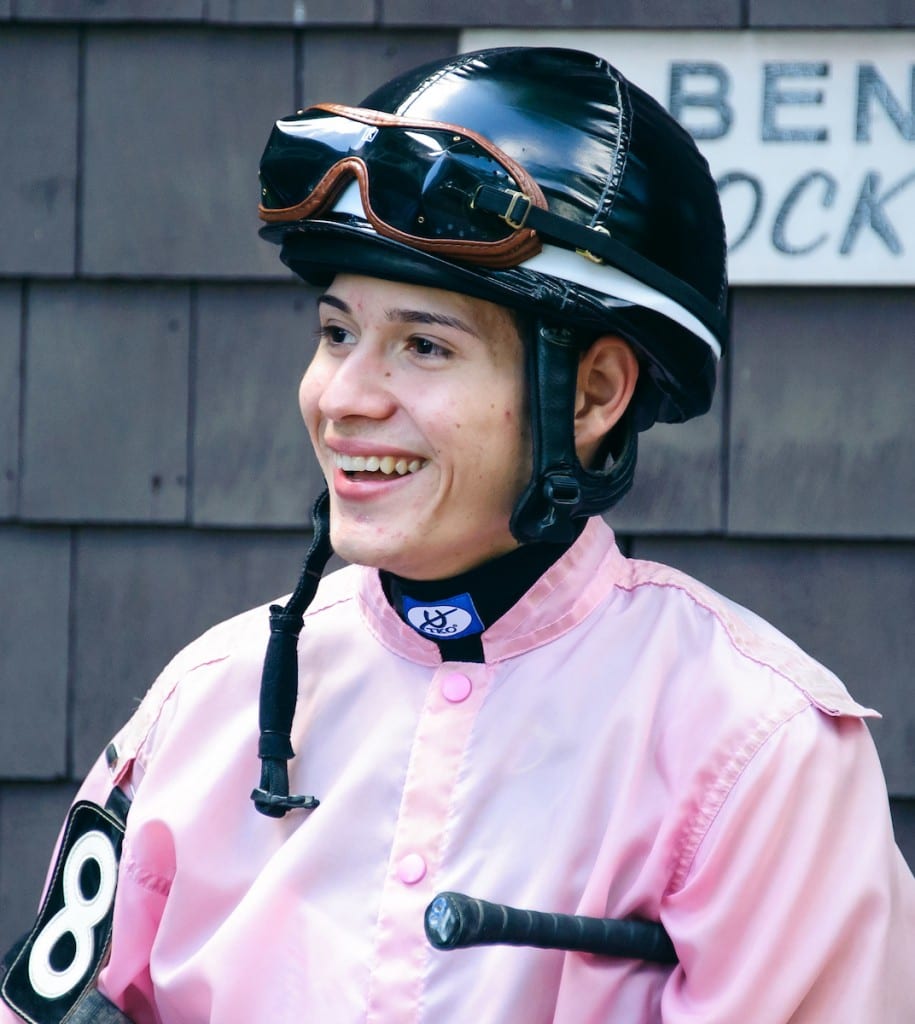 Jose Bracho came to the U.S. from his native Venezuela when he was just five years old, but the young rider is well aware of the long line of talented riders who became superstars in the U.S. and legendary figures back home in their native land.

Hall of Famers Ramon Dominguez and Javier Castellano top the list of Venezuelan riders who have come to this country and found fame and fortune doing what they love.

Bracho would like nothing better than to follow in their footsteps, but what the young apprentice strives for most these days is having his father tell him he’s doing a good job. Bracho’s father, jockey Agustin Bracho, has been a mainstay on the Ohio circuit since the early 1990s and in 2015 won 146 races. In his career, he is nearing the 600-win mark.

Jose says he talks to his dad almost every day after the races.

“Of course he always congratulates me when I win but he also points out any mistakes I might have made or how he sees something I should work on whether I win or lose,” Jose explained. “It’s great he’s there to help me.”

Jose started riding late last season. He won his first race September 12, 2016, at Delaware Park and went on to ride a total of 16 races last year, most at Mahoning Valley. This year has been a continuing learning experience as he hones and sharpens his skills and works daily to become a more well-rounded and seasoned rider. Thus far this season Bracho has won 48 races and has 21 winners at Delaware Park, a figure that has him ranked as the top apprentice rider at the meet thus far.

He said his father began imparting his wisdom even before Jose became a rider.

“I think I’ve made improvements as time as gone on, at least I hope I have,” Bracho reflected. “I spent a lot of time with my father before I ever started riding and he gave me a good foundation and a good set of rules to try and follow. He’s a been riding a long time, he’s a true professional, and he impressed upon me the importance of knowing where I was at all times and knowing who was around me.”

Bracho’s also spending a lot of time of the road as he is also riding at Laurel Park, Parx Racing, and Penn National. All of that is helping further his education.

“(My father) said a good rider doesn’t put other riders in trouble during a race and knows when to move and when to wait,” Bracho said. “That is something I’m still learning how to do, to know just when to try and go for an opening and when to wait for horses to fan out, then try for that hole.”

Grading himself, Bracho says he feels he has to work on finishing stronger, of being able to put more into his finishing kick down the stretch and he also admits he’s still working on getting his timing down when he tries to move inside or through traffic.

“I’m constantly trying to build up my strength. If a horse is giving its all, I want to be able to help as much as I can,” he said. “As for timing moves, it’s just something I’m learning with time. Fortunately, my agent (Scott Silver, who also handles Trevor McCarthy) has been getting me on a lot of live horses and he also sits and reviews races and points out things I need to work on.”

All in all, it’s a continuation of a process that began with a young son picking his father’s brain about dad’s job.

“I’m pretty lucky to have a lot of support around me,” the young rider said. “Now my job is to work hard, continue to learn all I can, and if I do that I think more good things will happen.”