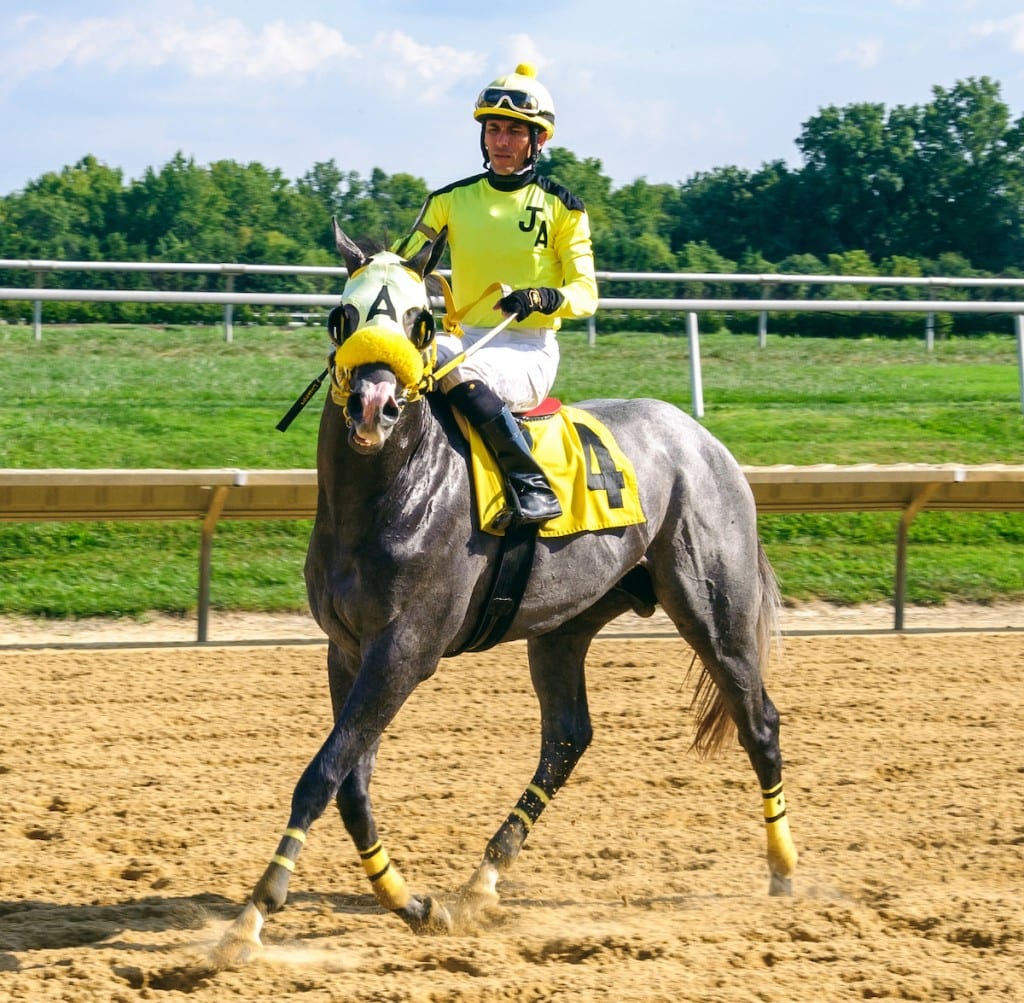 Trainer Joe Arboritanza was on the backstretch at Delaware Park when he spoke to The Racing Biz recently, but his thoughts were almost 1000 mile south in the heartland of Florida.

Arboritanza, who’s been involved in racing in various capacities for 40 years, owns a 14-acre farm in Riddick Florida, not far from Ocala, and like a number of horsemen with Florida roots, he, along with millions of others in the Sunshine State, was anxiously watching the Weather Channel as monster Hurricane Irma bears down on the state.

“We’ve done about all we can do to prepare for Irma,” Arboritanza said. “I’ve got a good farm manager, and my partner also serves as supervisor on the farm. They’ve stockpiled a lot of water using the 55-gallon drums, in addition to our normal troughs, and have secured our barns and equipment as well as we can. Now we just wait and see what happens. Fortunately, we’ve got really good fencing, so once the storm passes, we’re hoping the fencing holds up and we’ll be able to turn the horses out without fear of them getting loose.”

Five years ago, Arboritanza himself would have been at the farm. But in 2013 he struck out on his own to operate a public racing stable.

“I’d been working and running training centers for some time and to be honest, I really enjoyed it, mainly because the pace of living and training on a farm is so much more relaxed and informal. But I had several clients who kept telling me they’d like it better if I went to the track and trained their horses rather than sending them to someone else,” the horseman explained. “I was a little hesitant to make the change, and to be honest, there was a period of adjustment where I had to get used to the hustle and bustle of the backside and training in that environment again. But as time has gone on, the stable has come together and I’ve gotten used to being back at the track. I won’t tell you I enjoy training in the atmosphere that’s present at the track better than being at the farm, but in this business you have to learn to adjust and that’s what we’re doing, adjusting as we go along.”

One of the things Arboritanza is happy about is his decision to make Delaware Park his summer headquarters. The trainer points to Delaware Park’s director of racing John Mooney as a big reason he’s racing here.

“John has been a great help to me and our stable ever since he first asked us to come race here,” Arboritanza said. “He’s an amazing guy. He’s on the backside in the morning, he’s in the paddock before races and you just never know when you’re going to turn around and see him. He’s been almost like a father figure to us. I know one thing, I don’t think I would have come to Delaware in the first place if it hadn’t been for John, and I’ll keep coming back as long as he’s here.”

Aboritanza has won 12 races at the current stand and 10 other Arboritanza runners have finished second. The stable now totals 26 head, and the trainer said that’s about as many horses as he cares to have at one time.

“I really think 15-20 head is what I’d like to have,” he said. “I like to be hands-on with all my horses, I watch for any changes in them from a mental standpoint as well as the physical part. They’re not a lot different than we are, you know, they change and evolve just like we do.”

Developing young runners is Arboritanza’s favorite part of the job, and he says he is fond of a 2-year-old Passion for Gold filly named Peaka Ballerina.

“She’s improved with every start and ran second last time out,” the trainer said. “We’re going to enter her for next week and I think if she continues to improve she could be a nice sort. And we’ve got a colt named Smokinwatchstopper I also like. He ran third (two back) on the grass and showed a lot of heart that day. He stumbled at the break, then led to deep stretch and wound up beat just over a length. If he keeps showing that kind of heart, he’ll be a nice horse.”

Arboritanza has one runner entered on Monday, September 11, and two each on Wednesday and Thursday. And there’s the hurricane to worry about.

“This storm is unlike any most people have ever seen,” Arboritanza said. “I just hope people take it seriously and protect themselves.”