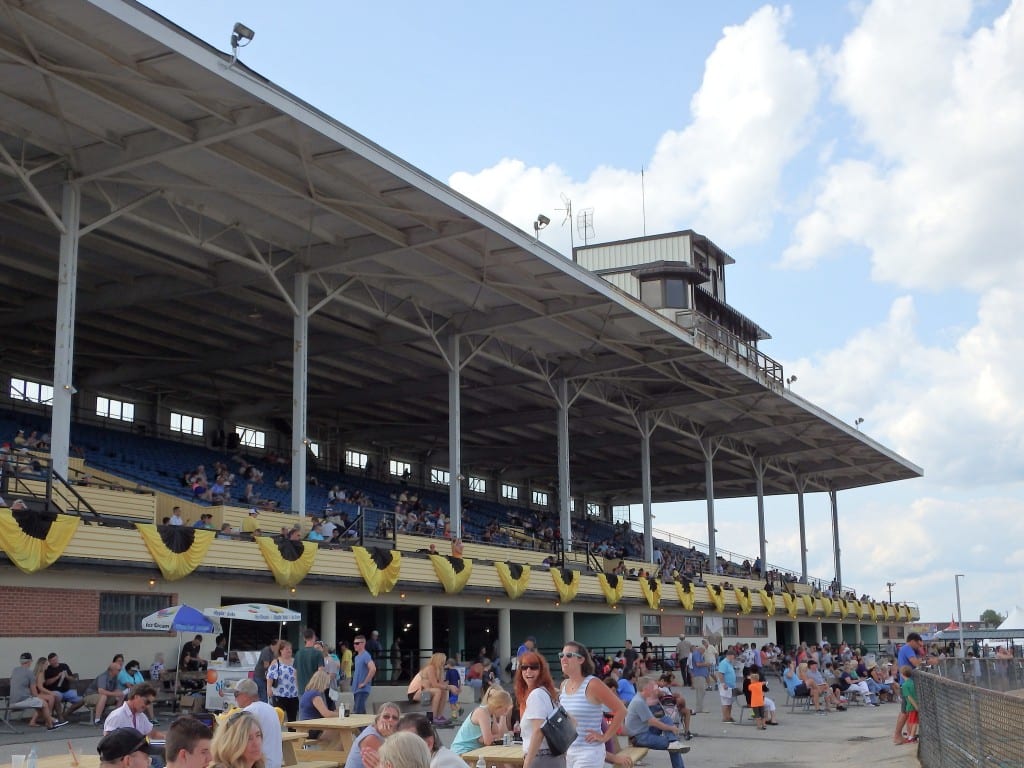 Now the challenge is for Timonium, the last fair meet on the East Coast, to continue the momentum.

The final four days of the seven-day live racing meet start Friday with a nine-race card highlighted by a trio of allowance races. Racing continues Saturday, Sunday, and Monday – Labor Day – with a 1:05 post time each day.

“I thought the opening weekend really set a high standard,” said Bill Reightler, a member of the board of directors of the State Fair and Agricultural Society and the race meet coordinator. “There was a lot of energy.”

Daily average handle for the opening weekend was $839,890, and while that may not sound like much, it represents a 52.9 percent increase over handle during opening weekend 2016. Handle was up by at least a third each day over the same day last year, topped by Saturday’s all-sources take of $1,085,504 – “a record, from what I’m told,” Reightler said. Certainly, it was the highest handle anyone could immediately recall.

Saturday’s racing was capped by the first running of the $75,000 Coalition Stakes, a 6 ½ furlong test for three-year-olds and up that drew a solid field of nine runners, five of whom had previously won stakes. While stakes at Maryland’s “mile tracks,” Laurel Park and Pimlico, often go to New York shippers, much to the chagrin of the locals, the Coalition – named to honor the industry-wide cooperation that has helped Maryland’s racing resurgence and that provided funding for the race — had a distinctly local flavor.

The top three finishers in the Coalition – winner Blu Moon Ace, runner-up Struth, and show horse Rockinn on Bye — all are Maryland-breds. Struth and Rockinn on Bye are both based in Maryland, and while Blu Moon Ace is trained by Pennsylvania-based Kevin Patterson, his owner, Robert L. Cole, is a Maryland native whose first racetrack visit, as a first-grader, was a trip to Timonium.

“Well, it’s kind of a dream, it’s a thrill, two, three, four more adjectives I could throw in there,” Cole said after winning the Big T’s first added-money event in nine years.

Patterson and Cole weren’t the only ones enjoying the Fair. Trainer Claudio Gonzalez, who led Timonium trainers with five wins in 2016, paced the meet’s first weekend with three victories, one more than Patterson and Ricky Sillaman.

Almodovar, whose four wins have come with just 17 mounts, counted the featured allowance race on opening day and the Coalition Stakes among his wins. As a result, he surged to the early lead in purse earnings, with his mounts having earned $143,497 – well clear of Acosta, those two being the only ones with to hit the century mark opening weekend.

“I love it here,” Almodovar said in a Sunday interview.

He’s not the only one. In fact, the raggedy old track has a legion of devotees who enjoy its old-time ambiance.

“We love Timonium. We’ve always been here,” Charlie Frock said on Sunday. “My dad was here for 30 years. We got a box right here at the wire. I love to support Timonium.”

Frock, a trainer, had reason to be happy. His runner Greeley’s Bustnout won a four-furlong dash Sunday afternoon. That was Frock’s first win in a month and seventh overall this year. It also came on his 74th birthday.

That led to plenty of hooting and hollering from friends and family, including neighbors in the box seats, who leaned over the rail to cheer.

“Clearly, Timonium has its place, its fit in the industry,” Reightler said.

For one thing, it offers some different faces – like Frock’s – the chance to win races. With no turf racing and perhaps a step down from the everyday Maryland product, the Big T is less about out-of-state shippers and high-end Fair Hill barns and more about local hardboots.

For another, Timonium offers racing something rare these days: the chance to attract casual fans. The State Fair draws approximately 70,000 visitors per day, giving the racetrack plenty of opportunities to draw fans who might not otherwise ever be near a track. According to Reightler, attendance at the bullring track was up 12 percent versus 2016 through opening weekend.

“Timonium’s role to the industry is to help develop new fans,” Reightler said. “We’re going to continue to try to find ways to get more of the 70,000 fans that visit the Fair to come to the races. We have a relatively untapped resource with Timonium.”

Reightler said that the track hopes to increase the number of days it runs each year. The track is limited by statute to 10 days of live racing and in most recent years has conducted only seven of those. When it ran 10 days in 2013, the added mid-week days were generally considered to be unproductive. That means that any expansion would involve another weekend.

That, in any case, is a problem for a different day. In the more immediate future are four more days of live racing on the bullring track.

“All the metrics are pointing northward,” Reightler said. “I think things are going to stay positive. We’ve raised the visibility and stature of Timonium to the rest of the Thoroughbred community.”