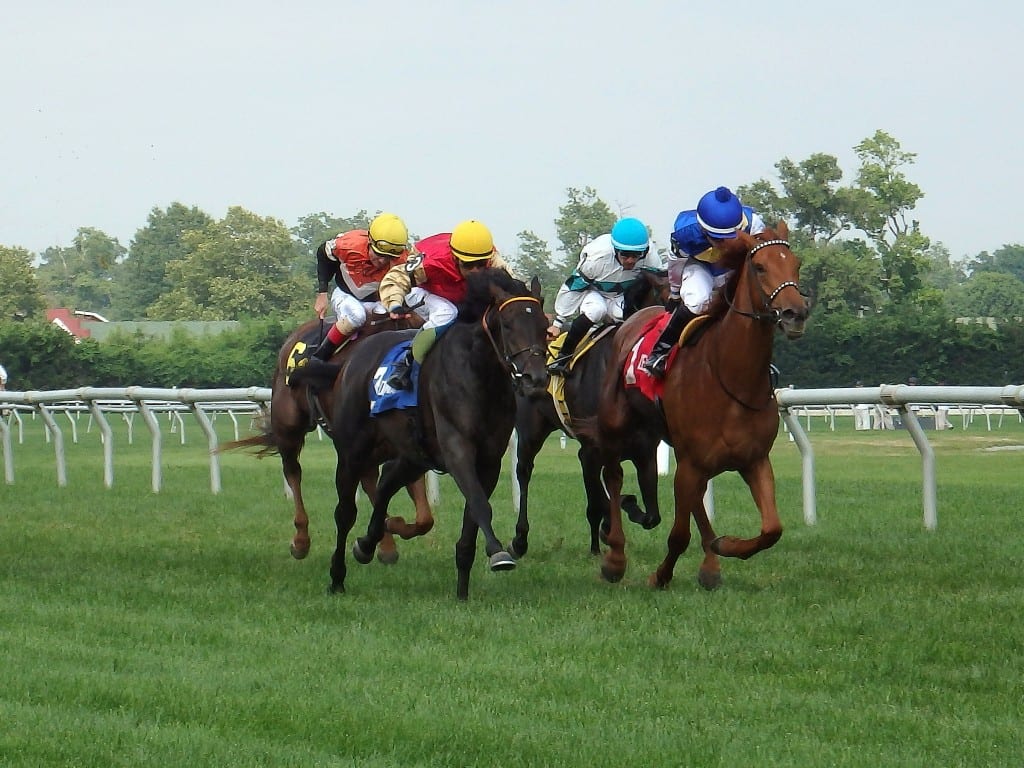 Racing at Delaware Park. Photo by The Racing Biz.

The two-year-old filly dueled for the early lead before drawing away to a three-length victory in Wednesday’s $50,000 White Clay Creek Stakes at Delaware Park. The Take Charge Indy filly, trained by Kelly Breen, now has two wins from two starts in her brief career.

Under Paco Lopez, Take Charge Paula held a narrow lead along the inside after an opening quarter-mile in 22.07 seconds. Prancing Warrior put a head in front after three-eighths of a mile before fading to sixth, while Take Charge Paula asserted herself en route to the victory.

Dialin, 29-1 at post time, was a clear second-best, over three lengths ahead of her nearest rival, Trickizar, who rallied for third just ahead of Pikachu Princess. Running time for the 5 1/2 furlongs over a fast main track was 1:04.21.

Take Charge Paula, the 3-5 post time favorite, paid $3.20 to win and topped a one-dollar exacta worth $28. Take Charge Paula, a $50,000 auction purchase for owner Bruce Tallisman this past March, now has two wins from two starts, with earnings of $51,600.

Delaware Park’s next two-year-old stake, the Strike Your Colors, is Thurdsay, August 10.