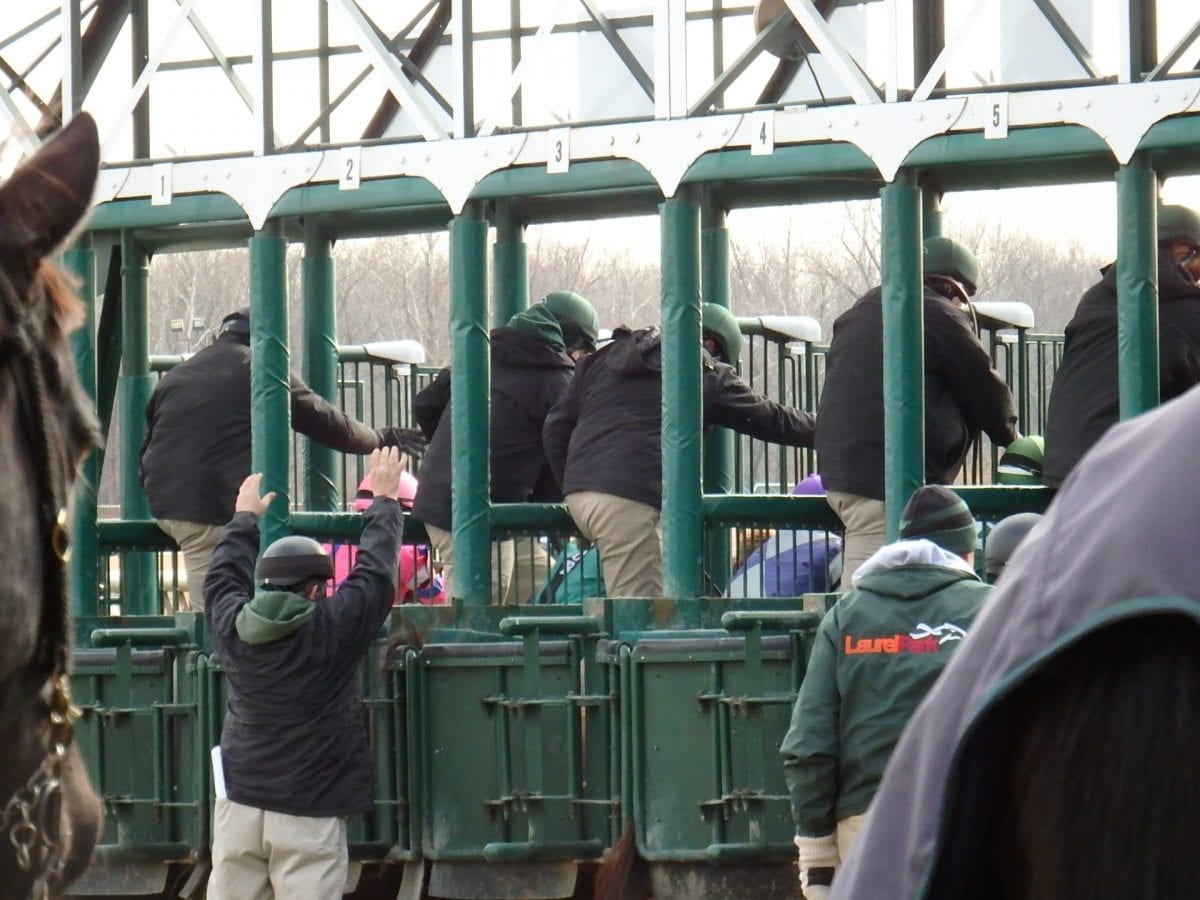 I was not intending to write a letter on this forum, but after reading several of the posted letters, I feel compelled to share a few thoughts.

I echo the sentiments of Stewart Nickel, I am not on “either side,” and I feel like I have a somewhat moderate position being an owner, breeder, and trainer. My client list as a trainer includes breeders, young horse buyers/developers, and strictly claiming outfits, so I understand the struggle from all sides. This election is not about “Us vs. Them,” “Incumbents vs. Drain The Swamp Ticket,” or “Owner/Breeders vs. Claiming Trainers” as some have made it out to be. This election is about selecting people, whether incumbent or challenger, who actually will put forth an effort and work collectively towards the common good. Contrary to some opinion, sitting on the MTHA board requires a serious time commitment and work. The job entails much more than simply showing up to a meeting and casting a few votes.

I would encourage you to find out which board members were instrumental behind the successful lobbying in Annapolis, the Fantasy Owners Day Seminar, the newly launched “Beyond The Wire” aftercare program, etc. These people have put in serious work and have stacked successes. The election bio book also lists the attendance of board meetings, I would encourage you to look at that as well.

I would like to offer my thoughts on three topics where there seems to be confusion and misinformation:

1) The MTHA does NOT have the power or the authority to change the claiming rules, only to recommend changes to the MD Racing Commission (who in fact holds that authority). In the oft discussed MTHA board meeting over the summer, I witnessed the MTHA board giving considerable time to every owner and trainer present to share their thoughts and concerns about the claiming rule. The board heard their pleas, deliberated, and passed a resolution recommending that the MD Racing Commission reduce jail time from 30 days to 20. The MD Racing Commission denied that request, I surmise because they are hesitant to deconstruct a rule that was enacted primarily with the safety and welfare of horses in mind. I suggest that in order to have any hope of cooperation with the Racing Commission, we need to construct a proposal that outlines our thoughts, our proposals for change, and why these changes are needed emphasizing in our proposal what will be done to ensure the continued safety and welfare of claimed horses. I believe that further work can be done on this topic and we can work with the commission to shorten the jail time while ensuring the welfare of claimed horses is paramount. As a potential alternative to help claiming outfits, we need to look at the proliferation of “starter allowance/optional claiming” races, particularly at the 2L and 3L level. I’m not sure why claiming outfits aren’t up in arms about this already, but I’ve never heard it mentioned. All the “starter/optional claimer 2L and 3L” races severely reduce the pool of horses available to be claimed. If the starter condition was removed from those races there would be instant vibrancy in the claim box. Claiming rules must adapt and evolve to the current time, not just revert back to an older day’s rules.

2) There is a feeling on the backside that the “small outfit trainer” is not fairly represented on the board. I think this idea has merit and would like to discuss my perception of the flaws in the election process that has led to and will continue to perpetuate this problem. Informal inquiry to the MTHA office leads me to believe ballots go out to roughly 2000 licensed owners and roughly 300 licensed trainers. All recipients are asked to vote for seven owners and seven trainers. Unfortunately, and inadvertently there are fundamental flaws with this system. Most owners really only know their trainer and most trainers only really know their owners. For example, this year five of the owner nominees are complete strangers to me, and I wouldn’t know them if we bumped into each other in the grandstand. Another five I know passingly, but have no relationship with or sense of their commitment to the industry. The good or bad news is there are five that I know very well. Conversely, I do know every single one of the trainers on the ballot very well. My opinion of who I should vote for on the trainer side is much more educated than my opinion of who I should vote for on the owner’s side. The decision for most simply comes down to familiarity. This is what happens every election on the trainer side, the overwhelming majority of voters (being owners) vote on trainers by familiarity rather than who they really know. It’s reminiscent of a high school popularity contest. It was no wonder that in the last election cycle I understand the Kentucky Derby, Breeders’ Cup, and Dubai World Cup winning trainer was the leading vote getter on the trainer side by a country mile (nothing against him and it’s not his fault, I am just illustrating my point). I propose that it would be preferable if we had two separate elections, licensed owners voting for the owners and licensed trainers voting for the trainers. As it stands now, because of the disparity in the number of licensed owners to trainers, the owners basically get to select the board. If my proposal were enacted, I believe we would have a better informed electorate and consequently the board would prosper and some of the squabbles we are having now would be non-existent.

3) Apparently, I am in the distinct minority by thinking the condition book is NOT the root of all evil. In my opinion, we have two major problems that supersede the condition book but which play out in the condition book. 1) We have a scarcity of horses particularly in the winter, and 2) we have too much competition for horses in our region. The huge dichotomy of racing is that we are all looking for “the big horse.” The problem with “the big horse” is that if he/she is a nw3x or nw4x that race very rarely fills and it is difficult to find races, without having to run as a long shot in stakes. Connections of those horses can go for long stretches without being able to run because those races just do not go. If that race gets 3 or 4 entries every time and the racing office doesn’t use it, is that the racing office’s fault? Is that the condition book’s fault? We horsemen need to understand that MJC is here to work with us but primarily to run their business. Short fields are not good for business, the data linking field size to handle is clear. If anything, the past year has proven that the MJC and MTHA board are willing to try anything and everything with regard to the condition book. We have seen MD bred races, we’ve seen optional claiming tags put on the nw1x races, we’ve seen waiver claiming for MD bred maidens, non winners of 5L, double beaten races, etc. There have been some growing pains as we have transitioned to a three day a week racing schedule, but the MJC and MTHA have worked hard to accommodate everyone in the condition book. Expecting things to always be the same as the good ole days is fantasy and not reality. This business, a microcosm of life, is always evolving and changing and our only choice sometimes is to adapt. If there is going to be 6 grass races a day at Laurel park then I’m going to go out and claim and buy some grass horses rather than pound my head against the wall doing the same thing I’ve always done. Or perhaps I’m going to start turning out my dirt horses for the summer and point them for fall/winter/spring campaigns. The job of the MTHA board is to help guide the way as racing evolves in the Mid Atlantic, not pound the table and demand the condition book stays the way it was 10 years ago. As my friend Ned says, “Life is a motion picture, not a still life.”

My final thought to all the candidates and members (if anyone is still reading, lol). I am proof that you can still be involved and have your voice heard even if you are not elected. I have run for the board twice and come up short (like several of my horses). However, that has not stopped me from engaging the board with my ideas, suggestions, and service. Since the last election cycle I have served the MTHA by administering the barn test for trainer applicants, I have attended the racetrack safety and backstretch maintenance committee meetings, I have spoken at several different seminars for fans and new owners, and I have opened my shedrow for tours whenever I’m asked. We don’t have to be on the board to contribute to the common effort, “many hands make the work light!” (John Heywood)

Phil Schoenthal is a trainer based at Laurel Park seeking election to the MTHA board of directors.