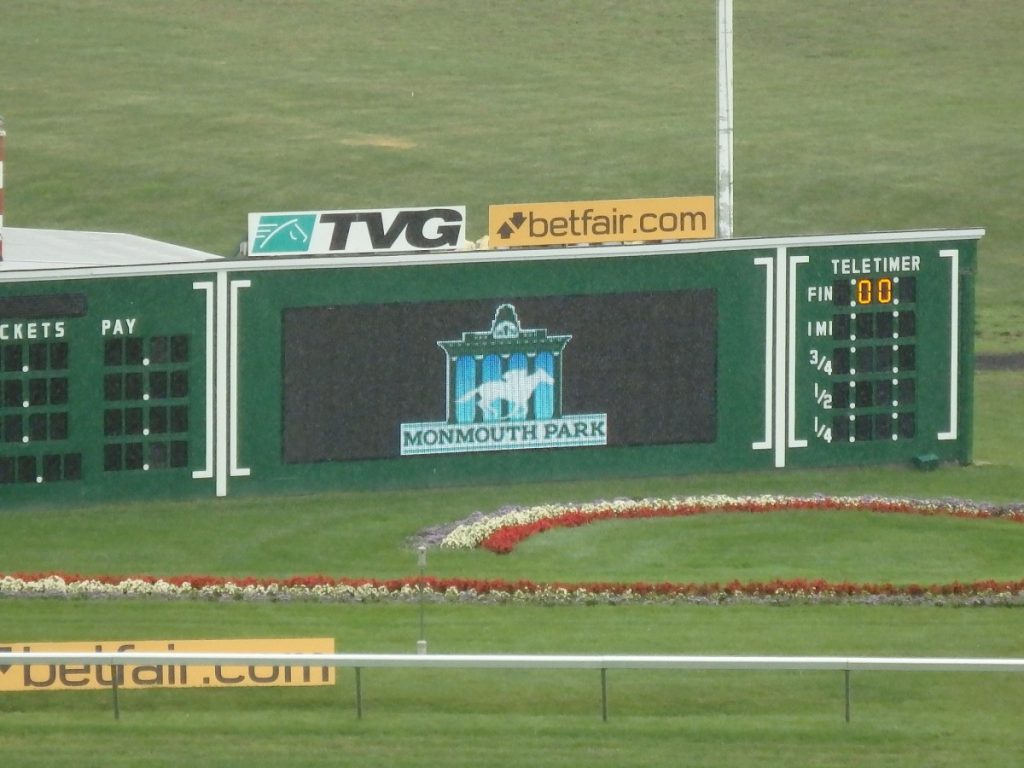 Haskell day at Monmouth Park, which stands to benefit if sports wagering is permitted. Photo by The Racing Biz.

The United States Supreme Court agreed Tuesday to take up New Jersey’s effort to allow legalized sports betting. In a surprise decision, the Court decided to weigh in although there’d been no dissent among lower courts, and despite the Solicitor General’s discouragement of the move.

The Supreme Court will hear arguments in the fall over whether to overturn a lower court ruling that New Jersey’s latest of several efforts to allow sports wagering violated the federal Professional and Amateur Sports Protection Act of 1992 (PASPA), which generally prohibits legalized sports betting.

New Jersey horseracing interests have promoted sports betting, seeing it as a way to help save the state’s Thoroughbred and standardbred industries. Casinos, of course, also support sports betting — and overturning PASPA.

Lined up on the other side have been the nation’s major professional sports leagues, as well as the National Collegiate Athletic Association (NCAA), the major institution overseeing college athletics. For more…

Awesome Actor was a modestly successful but mostly nondescript racehorse for most of his life, winning five times and earning $140,000 between 2008 and 2010.

But he achieved perhaps more fame than ever before when he showed up in the entries for Thursday’s for trainer James Williams and owner James King — about 6 1/2 years after his last start. He showed a single moderate workout in the meantime.

With a social media firestorm brewing, Charles Town vice-president of racing Erich Zimny had this to say on Twitter this morning:

Awesome Actor in our 4th race tom nite got lost in entry shuffle & OBVIOUSLY won’t be allowed to run. Trainer will absolutely be dealt with.

Later, the board of stewards spoke with King and ordered the horse scratched from Thursday’s race, a claiming race in which King had waived the claiming tag, meaning the horse could not be claimed. For more…

Better Talk Now, winner of the 2004 Breeders’ Cup Turf was euthanized in the evening of June 27 as a result of complications from intestinal surgery.

A son of Talkin Man, Better Talk Now won 14 times and earned over $4.3 million in his 51-race career. Trained by Graham Motion for owner Brent Johnson’s Bushwood Stables LLC, he won five Grade 1 races in his career, with his trademark deep closing style. In 2004 and 2005, he won a combined total of five races from 15 starts, earning nearly $2.3 million.

Motion’s Herringswell Stables said in a statement, “His passing, just like his presence, leaves a massive impact. We’ll miss seeing that black coat gleaming in the sun in the paddock he shared with his best buddy Gala Spinaway. We’ll miss stopping to stuff them both full of peppermints whenever we passed by. We’ll miss having a champion of his magnitude in our daily lives. But what a trip it’s been… ”