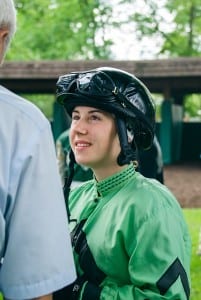 Mitchell Murrill, who rides the bulk of the Mike Stidham-trained runners, won with three of ten mounts last week, finishing second on two others and has impressed observers with his willingness to ride tight and split rivals at crucial moments. Veteran Orlando Bochachica won with half of the six starters he rode last week as well as finishing second with another and is another cagey rider who is especially effective on the turf. Ashley Castrenze won with 3 of the 11 mounts she accepted while Danny Centeno rode just four horses last week but won with two of those starters.

Longtime Delaware Park training mainstay Anthony Pecoraro’s stable was clicking on all cylinders last week. Pecoraro sent out six runners from 06/19 through 06/24, winning with two of those starters while two others finished second.

Michael Catalano also enjoyed good success last week, winning with two of the five horses he saddled with another starter finishing second. Jorge Navarro continues to win consistently with the horses he’s been shipping in from Monmouth. Navarro won with two of the four horses he ran last week while another Navarro runner ran second. For the meet, Navarro has won with five of eight starters.

Andrew Simoff, a solid horseman who is also adept at purchasing racing stock from the West Coast, won with two of his four starters. Simoff’s runners are often taken lightly by bettors, which is a mistake.

Michael Stidham won with two of the three horses he started last week, and players can expect this outfit with some very well bred runners to continue to be a factor throughout the meeting.