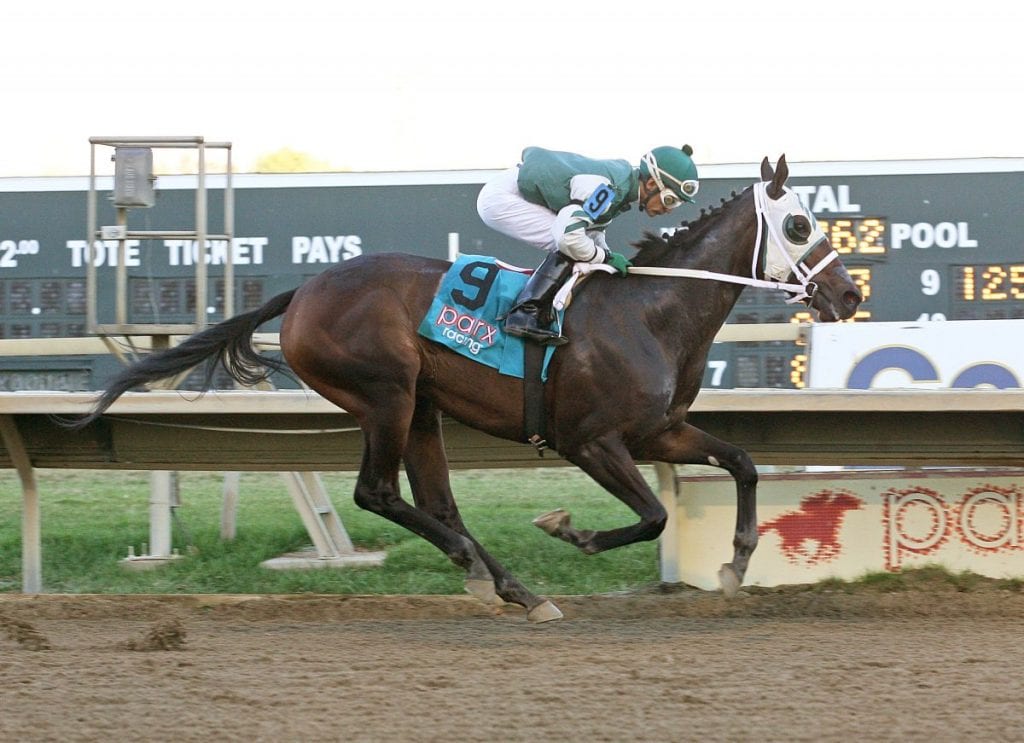 Depending on your perspective, Eighth Wonder either won – or didn’t win – the 2016 Parx Oaks. Photo By Barbara Weidl/EQUI-PHOTO

And finally, the utterly preposterous 2016 edition of the Parx Oaks has reached its perfect — and perfectly absurd — conclusion.

In short, everybody wins! Except that horse racing ends up looking stupid, yet again.

In the race, held at Parx Racing in May of 2016, Miss Inclusive, trained by John Servis for Main Line Racing Stable and Joshtylane Farm, stalked the pace of 3-5 favorite Eighth Wonder before overcoming that rival to win by half a length.

But Miss Inclusive came back with a positive test for the bronchial dilator clenbuterol, which is permitted up to a threshold level. That caused the stewards to disqualify Miss Inclusive from all purse moneys, place Eighth Wonder first, and redistribute the purse.

And that caused the lawyers to come out.

Servis retained lawyer Adrian King, who, the Daily Racing Form reported. successfully argued that this positive — as well as two others Servis, who has a generally clean record, incurred — was below the threshold recommended by the Racing and Medication Testing Consortium.

At which point the Pennsylvania Racing Commission blinked. The Commission entered into negotiations with the Servis team, ultimately reaching a settlement. That settlement:

If you’re keeping score at home, that means that: for wagering purposes, Miss Inclusive won the race. For purposes of purse money, Eighth Wonder won the race.

And for purposes of race records? Well, they both won.

And the cherry on top: Equibase announced earlier this week its decision on how the chart of the race would read. At the top of the chart footnotes is this message: “MISS INCLUSIVE AND EIGHTH WONDER WERE DECLARED CO-WINNERS BY THE PENNSYLVANIA RACING COMMISSION.”

Equibase’s president and CEO Jason Wilson, in a statement, had this to say: “Equibase takes the integrity of racing data seriously. By declaring two winners in a race, the commission has introduced a level of inconsistency to the generally accepted rules of racing that has the potential to corrupt this integrity. While we have significant concerns about the commission’s action in this matter, Equibase has reported the results of the 2016 Parx Oaks in line with its decision.”

All of which means that the Commission’s preposterous decision will go on to live in infamy, and racing looks all the stupider as a result.

There’s no question that medication rules are complicated stuff. But it’s probably not too much to ask that, once the rules are adopted, state racing commissions stick by them rather than abandoning them on the fly.