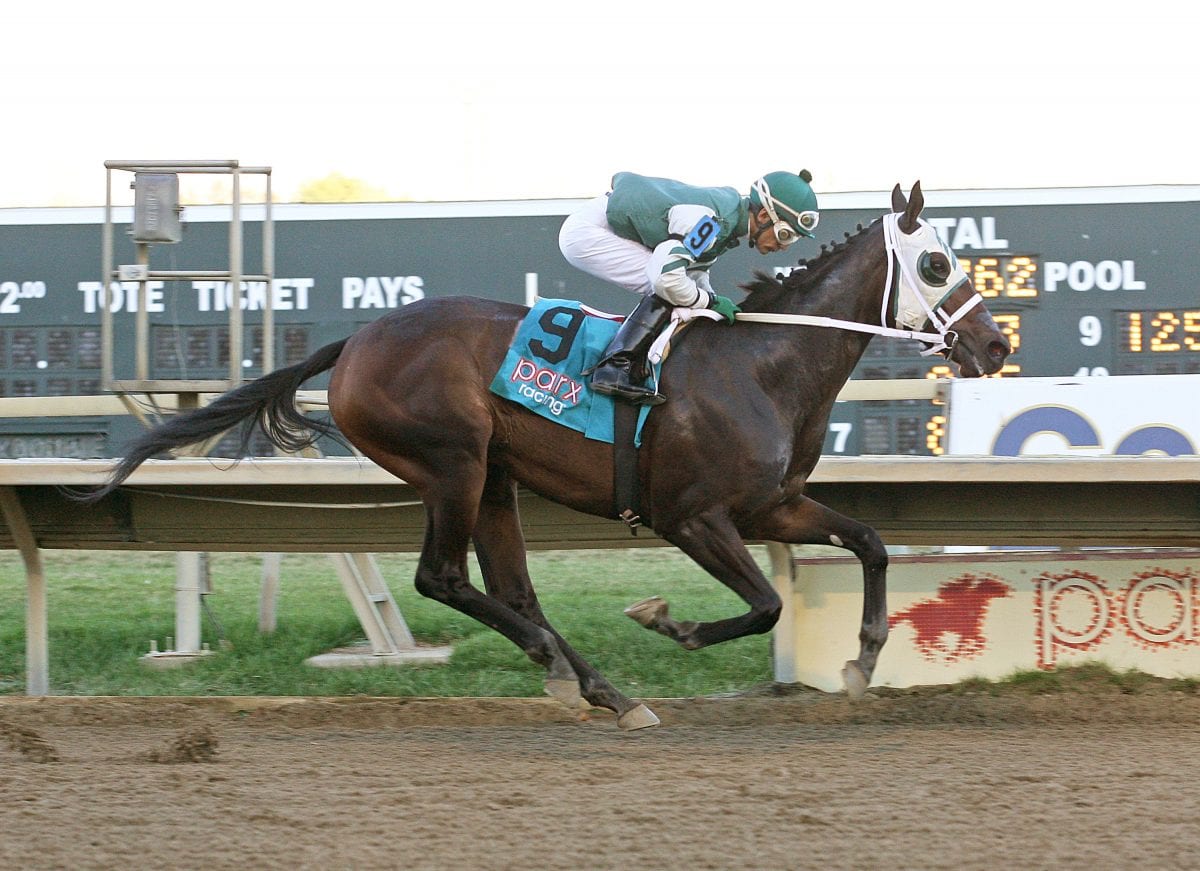 Eighth Wonder, here winning at two, won the 2016 Parx Oaks by disqualification in what became a complicated situation. Photo By Barbara Weidl/EQUI-PHOTO

Parx Racing has been in the news in recent days, and not for very good reasons.

First there was the 2016 Parx Oaks fiasco, which led to the most bizarre of all possible outcomes: two winners in a race in which there was no dead heat, but only one of the winners receives purse money. That case was resolved earlier this week.

And on May 20, trainer Jonathan Wong received a 60-day suspension from the Pennsylvania Horse Racing Commission after a May 4 barn search found two hypodermic needles and syringes and “two bottles of an injectable substance.”

And then there’s the question of hidden ownership. Sources have told The Racing Biz that hidden ownership – a situation in which, say, a licensed trainer is listed as the owner and trainer of a horse instead of the actual owner – is common on the Bensalem backside.

All in all, the track has a less-than-stellar reputation among the wagering public.

It’s enough to make a race track… do something.

And so Parx will institute, effective June 1, new house rules aimed at chasing out repeat medication violators and cleaning up hidden ownership interests. The policies were first reported in The Daily Racing Form, in which Parx director of racing Sam Elliott said that there had been “55 purse redistributions last year, which is way too many.” 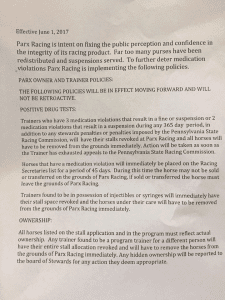 The new house rules at Parx. Photo provided to The Racing Biz, originally shared on Facebook by Kathryn Papp.

“Parx Racing is intent on fixing the public perception and confidence in the integrity of its racing product,” according to the preamble to the new policies. “Far too many purses have been redistributed and suspensions served.”

There are three new rules pertaining to medication violations.

The first directs that any trainer who incurs within a 365-day period either two medication violations resulting in suspension of three leading to fines or suspensions will have his or her stalls revoked immediately. “Action will be taken as soon as the Trainer has exhausted appeals to the Pennsylvania State Racing Commission,” the document says.

Finally, in a rule that seems in direct response to the Wong situation– although the new policies are not retroactive, according to the document – trainers found to possess syringes or injectable substances will lose their stall space and “horses under their care will have to be removed from the grounds of Parx Racing immediately.

As for hidden ownership, the new policies dictate that any trainer found to be a “program trainer for a different person” will lose their entire stall allocation at Parx. In addition, the track will report the situation to the stewards “for any action they deem appropriate.”