Undulated looks to stretch out in Murphy 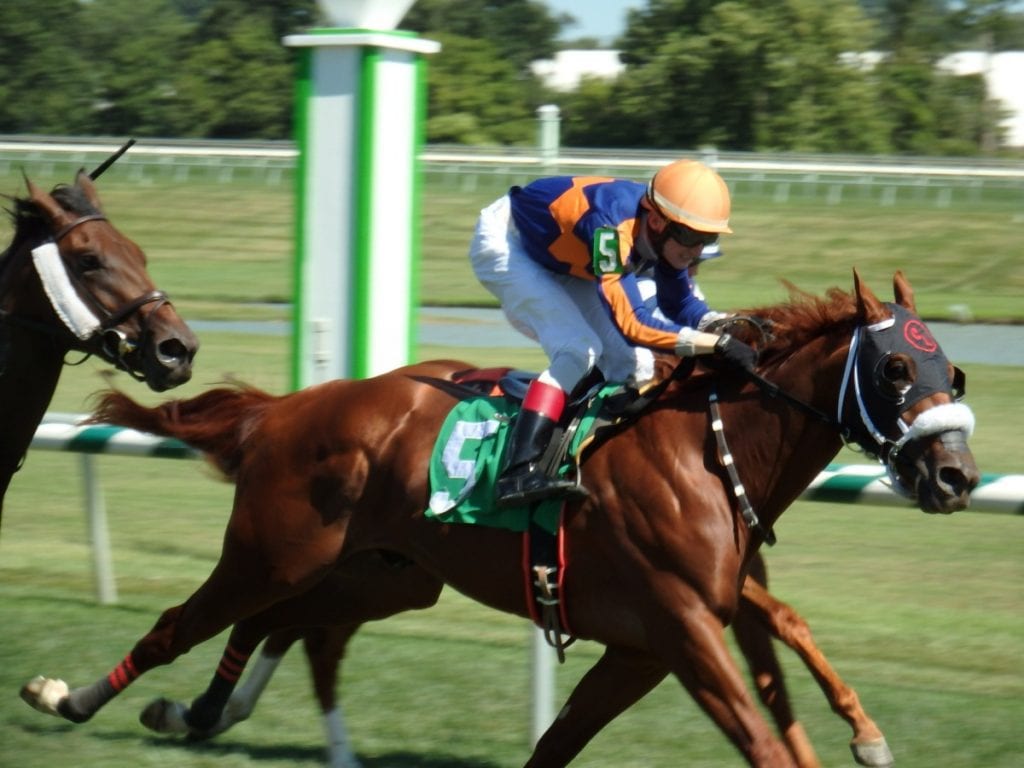 The promising Undulated takes another step in his development in Saturday’s $100,000 James W. Murphy Stakes, presented by Beyond the Wire at historic Pimlico Race Course on the undercard of the 142nd Preakness Stakes (G1).

The eighth running of the Murphy, which drew a near-capacity field of 13 3-year-old males racing a mile on grass, goes off as the eighth race (post time 2:47 p.m.) on a 14-race card. Undulated is 15-1 on the morning line in a race in which Dover Cliffs, for Christophe Clement, is the 5-2 favorite.

Undulated, stabled at Pimlico’s sister track Laurel Park, lost last September’s Laurel Futurity by a nose after winning his debut. He shipped to Toronto for Woodbine’s Swynford, winning that $125,000 stakes, then was a well-beaten third in Laurel’s Marylander to multiple graded-stakes winner Irish War Cry.

Off four months, the son of 2007 Preakness winner Curlin was third in a Belmont Park allowance race in his only start so far at 3. The one-mile Murphy will be his first start farther than seven-eighths of a mile.

“We gave him a little break after he ran here on the dirt and decided to freshen him up for the turf season,” trainer Cal Lynch said. “He ran against what I consider a pretty salty bunch last time. It was a local allowance race at Belmont, and they went in 1:08 and change. It was more like a stakes. There were a couple of stakes winners in there including himself.

“He came out of that race really good. He got beat three or four lengths, and we were very pleased with how he ran and how he came out if it,” he added. “It sets him up good to go two turns. He’s a Curlin, so the distance shouldn’t be a problem. Fingers crossed he’s sitting on a good race.”

Cool Arrow, a three-time stakes-winner including Charles Town’s Robert Hilton Memorial in his last start, was supplemented into the Murphy for $1,000. He’s from the same connections as Louisiana Derby winner Girvin, owned by Brad Grady and trained by Joe Sharp. It is the son of Into Mischief’s turf debut.