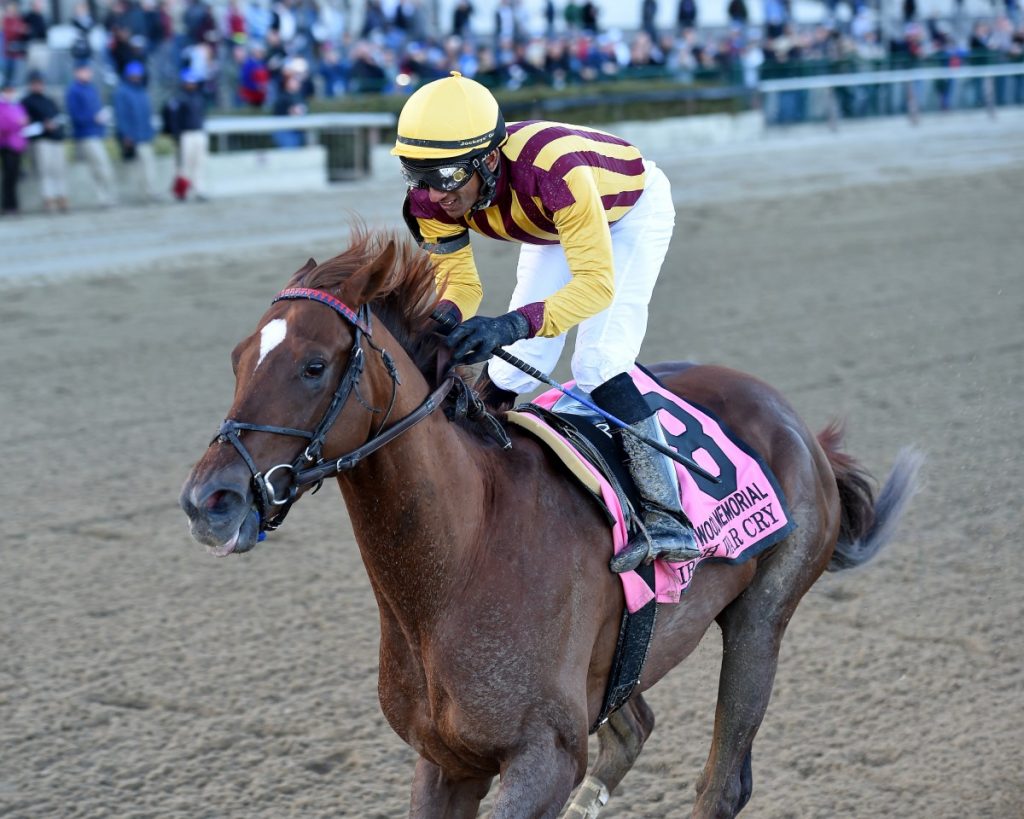 The Graham Motion-trained winner of the Grade 2 Wood Memorial will leave from post 17 with Rajiv Maragh in the irons. The son of Curlin is, at 6-1, the fourth choice on the morning line. Post position assignments, and odds, were announced this morning.

Irish War Cry, a homebred for Isabelle de Tomaso, has won four of five career starts. His triumphs also include wins in the Grade 2 Holy Bull at Gulfstream Park and the $100,000 Marylander Stakes at Laurel Park.

The only other horse bred in the mid-Atlantic region entered in the 1 1/4-mile Derby is Fast and Accurate, a Pennsylvania-bred Hansen colt trained by Mike Maker for owner Kendall Hansen. Fast and Accurate, a winner of three straight, including the Grade 3 Spiral at Turfway Park, was bred by John R. Penn. He is 50-1 on the morning line and will be in post number three.

Linemaker Mike Battaglia has installed Classic Empire as the 4-1 morning line favorite. Last year’s Eclipse winner as champion two-year-old colt, the son of Pioneerof the Nile’s season got off to a rocky start when he was a middling third behind Irish War Cry in the Holy Bull. But, after some training issues, the Mark Casse trainee made amends by rallying to win the Grade 1 Arkansas Derby. He’ll be in post 14.

Two other horses, Always Dreaming and McCraken, are 5-1. The former, a winner of three straight for Todd Pletcher, including the Grade 1 Florida Derby, is in post number five. The latter won the first four starts of his career for trainer Ian Wilkes before finishing third in the Grade 2 Blue Grass at Keeneland. He’s in post 15.

Two horses — Royal Mo and Master Plan — are on the also-eligible list and will only draw in if other runners scratch.