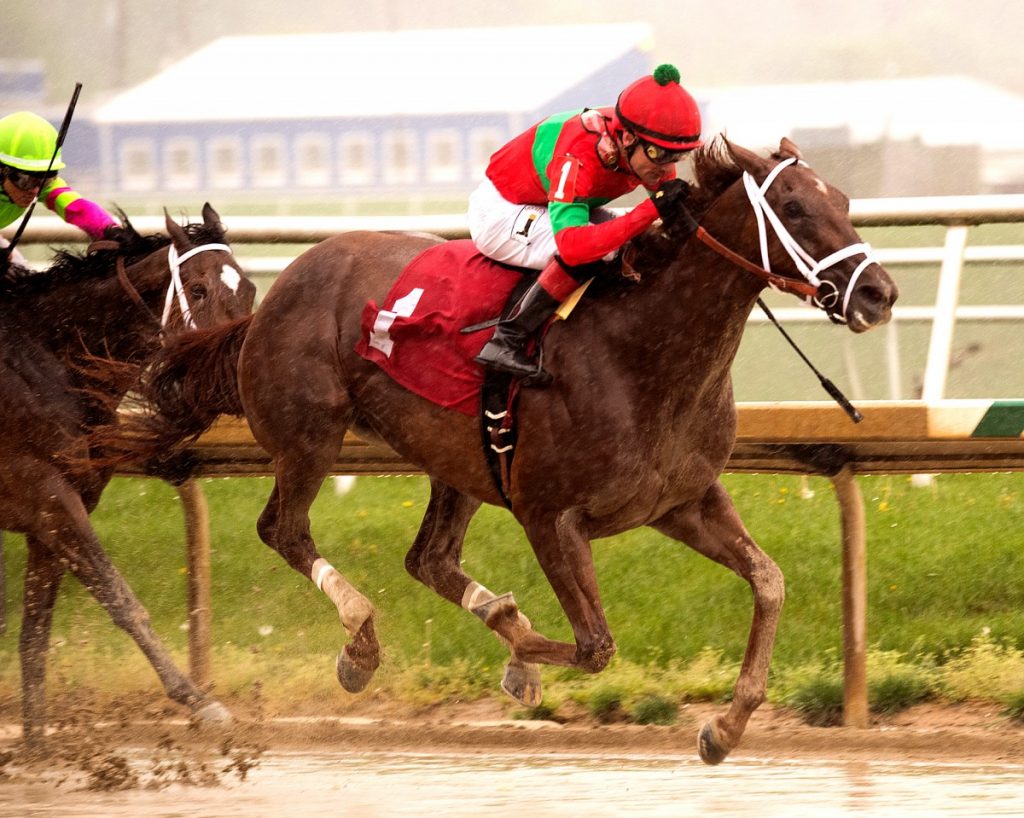 Sumaya U. S. Stable’s Lights of Medina, in her first start against winners, stalked and wore down multiple stakes-placed Forever Liesl en route to a two-length victory in the $125,000 Weber City Miss under jockey Fergal Lynch for trainer Todd Pletcher.

A slight favorite at even money, Lights of Medina ($4) completed the distance in 1:45.22 over a muddy main track that was downgraded to sloppy shortly after the race. Forever Liesl, 3-2 second choice, was urged to the front early by jockey Jevian Toledo and carved out fractions of 23.87, 47.69 and 1:13.18 before being collared within the final furlong by the winner. It was another 15 1/2 lengths back to runner-up Frank’s Folly in third and another 24 lengths back to Star Super, who rounded out the quartet. Heavy morning-line favorite Jenda’s Agenda was scratched early in the morning

The victory was the daughter of Eskendereya’s second from five career starts and second in a row graduating in a Laurel one-turn mile maiden on Mar. 26. The $75,000 winner’s share increased her career earnings to $121,100 and added to a stellar year for principal Oussama Aboughazale’s Sumaya U. S. Stable, which has a 2017 record of 15-8-1-0 and $895,737 in purses.

“My agent spoke to (Pletcher) and he just told me she’ll just keep galloping and galloping,” Lynch added. “If there was no pace, I was going to make the lead. Jevian jumped and wanted to make it, so I let him go and gave my filly a clear path. I thought he had drawn off at the three-eighths pole, but to be fair my filly dug in again and re-broke and came running and really got on top in the end. The leader looked like she was going to be hard to catch but my filly kept plugging away. It was a great job by the trainer and all the guys in the yard. They did a fantastic job. When you’re riding for these guys, it makes our jobs easier.

“She galloped out great,” he continued. “The further the better for her I think. If it was in England I’d say she wants a mile and a half. She’s one of them.”

Larry Jones, trainer of the scratched 3-5 morning line favorite Jenda’s Agenda, said; “We sent her down there to run. I got notice [she was scratched] but it was not my idea. I’m not down there. We walked her this morning and everything was good on our end as far as we were concerned. But I’m going to tell you, after Eight Belles I don’t push it a lot. I don’t want something to happen. I’m not there myself to make the call so we just had to go with what [the veterinarian] wanted to do.”