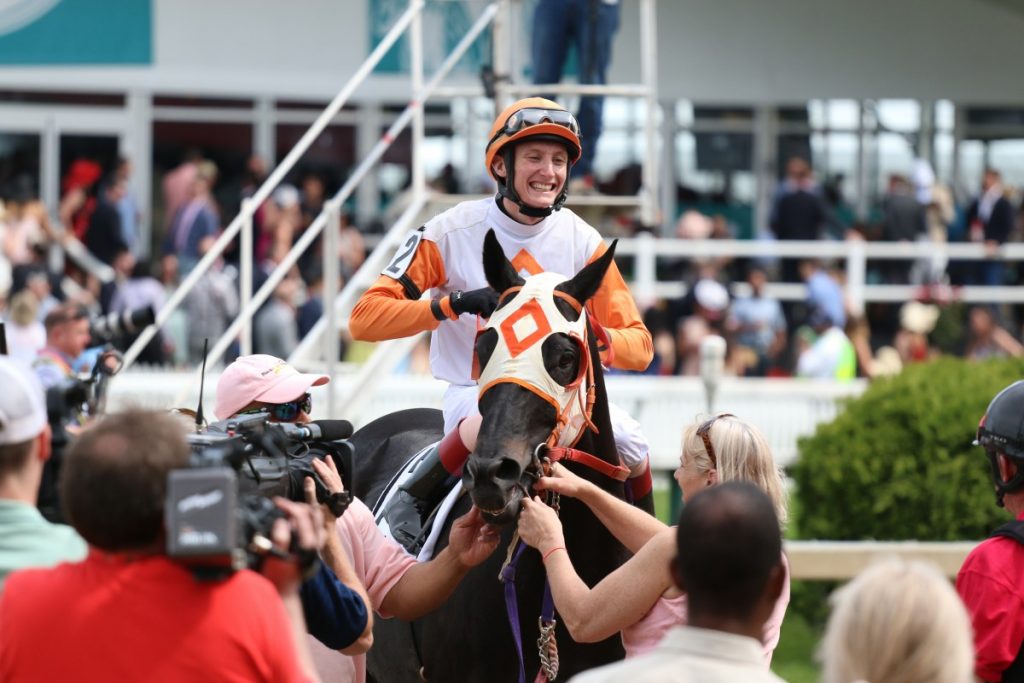 Looking to end the longest losing streak of a storied career, multiple Grade 3-winning Maryland-bred gelding Ben’s Cat will kick off his 11-year-old season in an open $50,000 allowance on Easter Sunday at Laurel Park.

Bred, owned and trained by Hall of Fame horseman King Leatherbury, Ben’s Cat will break from the rail under current winter-spring meet-leading rider Trevor McCarthy in a field of seven set to run 5 ½ furlongs over the Kelso Turf Course.

The race is carded seventh on a nine-race holiday program that begins at 1:10 p.m.

Following a similar blueprint from previous years, Leatherbury is hoping to use Sunday’s race as a prep for the $100,000 Jim McKay Turf Sprint on Black-Eyed Susan (G2) Day, Friday May 19 at historic Pimlico Race Course.

“We’ll see how he does and if he can cut the mustard. If he comes back in great shape and he runs good in his first start, then we can’t help but take another shot at the Jim McKay,” Leatherbury said. “That would be logicial, but he’s going to have to run a lot better than he did in his last three or four starts. He’s sound, so we’ll see what he can do.”

Ben’s Cat, a four-time Maryland-bred Horse of the Year with 32 wins, 26 in stakes, and more than $2.6 million in purse earnings from 60 career starts, returned from his annual winter vacation in late February.

He has had five timed works over the main track at Laurel Park for his return, primarily with McCarthy aboard, most recently breezing five furlongs in 1:02 April 8. Since opening his career in May 2010 with eight straight wins, Ben’s Cat had never gone more than three races without a victory until last year.

McCarthy took over as the regular rider for Ben’s Cat in 2016, guiding him to two wins from six starts including a fourth straight victory in the Jim McKay. They also finished third in the Pennsylvania Governor’s Cup, Parx Dash (G3) and Mister Diz before running fifth in the Laurel Dash and sixth in the Maryland Million Sprint Oct. 22, his 10-year-old finale.

“I’m excited about Ben. He’s been working great for me and he feels like his old self. I’m really looking forward to riding him in his first race back,” McCarthy said. “He really seems to love getting back to racing after being turned out for the winter and he’s just such a cool horse. It’s amazing that he’s 11 years old now. I’ve been fortunate to get on him. I think last year in the fall he kind of tailed off but he’s back and he seems to be in really good form.”

On April 1 Leatherbury won with another 11-year-old Maryland-bred gelding he owns and trains, Classic Wildcat, in a six-furlong claiming sprint at Laurel. Classic Wildcat has 24 wins and $396,317 in purse earnings from 84 lifetime starts.