A. P. Indian Ready to Launch 2017 Campaign in Commonwealth 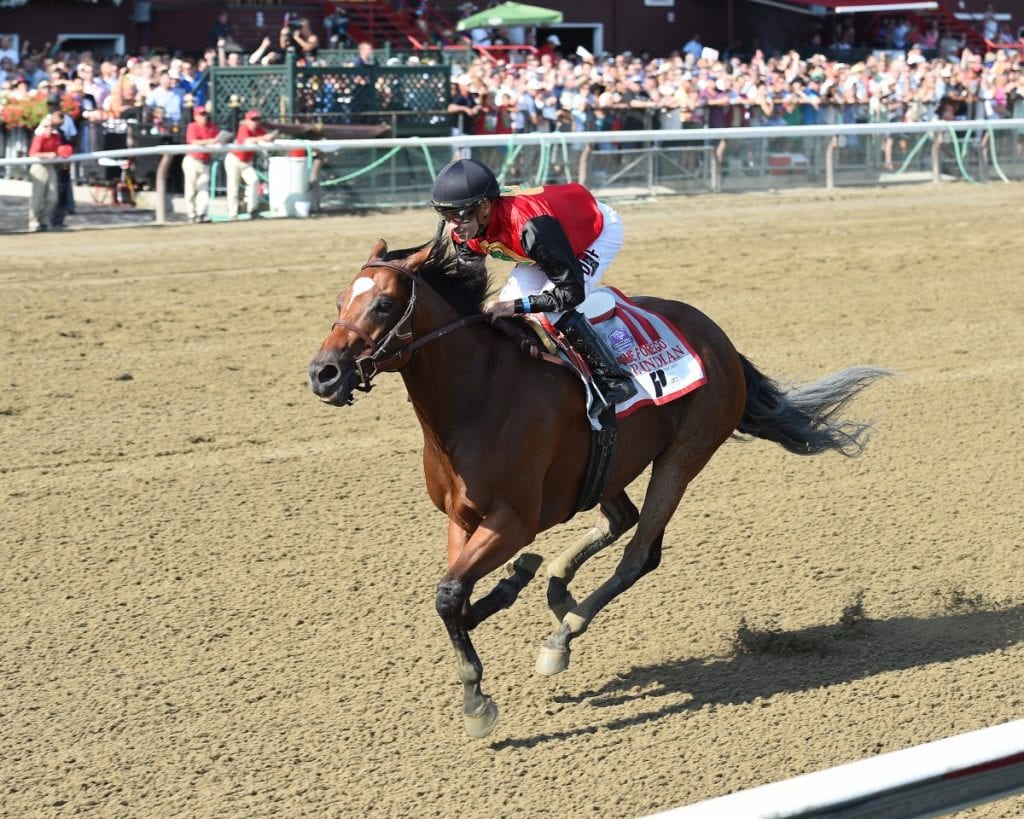 From a Keeneland release

Green Lantern Stables’ A. P. Indian, a two-time Grade 1 winner in 2016, returned to Keeneland Tuesday morning with an eye on a Saturday start in the $250,000 Commonwealth (G3).

“He was on the track this morning and it’s all good,” trainer Arnaud Delacour said.

Winner of Keeneland’s Stoll Keenon Ogden Phoenix (G2) last fall, A. P. Indian closed 2016 with a run in the TwinSpires Breeders’ Cup Sprint (G1), in which he was placed third.

“He was turned out for 45 days after the Breeders’ Cup and then he was at Classic Mile in Ocala (Florida) where I have a barn,” Delacour said. “When his training picked up, he moved on to Tampa and this is the race we pointed to (to start the year).”

In addition to four graded wins in 2016, A. P. Indian, based for part of the year at Delacour’s Fair Hill barn, also won the ungraded Decathlon Stakes at Monmouth Park and the Donald Levine Memorial Stakes at Parx Racing.

In the Breeders’ Cup, A. P. Indian had a six-race win streak ended when he finished 4½ lengths behind Drefong.

“It was a strong pace and he was chasing those horses and I don’t think he likes to run that way,” Delacour said. “They were going (the first quarter-mile) in :21 and he is not used to that. He can do :22s comfortably, but chasing those horses took away from his closing kick.”