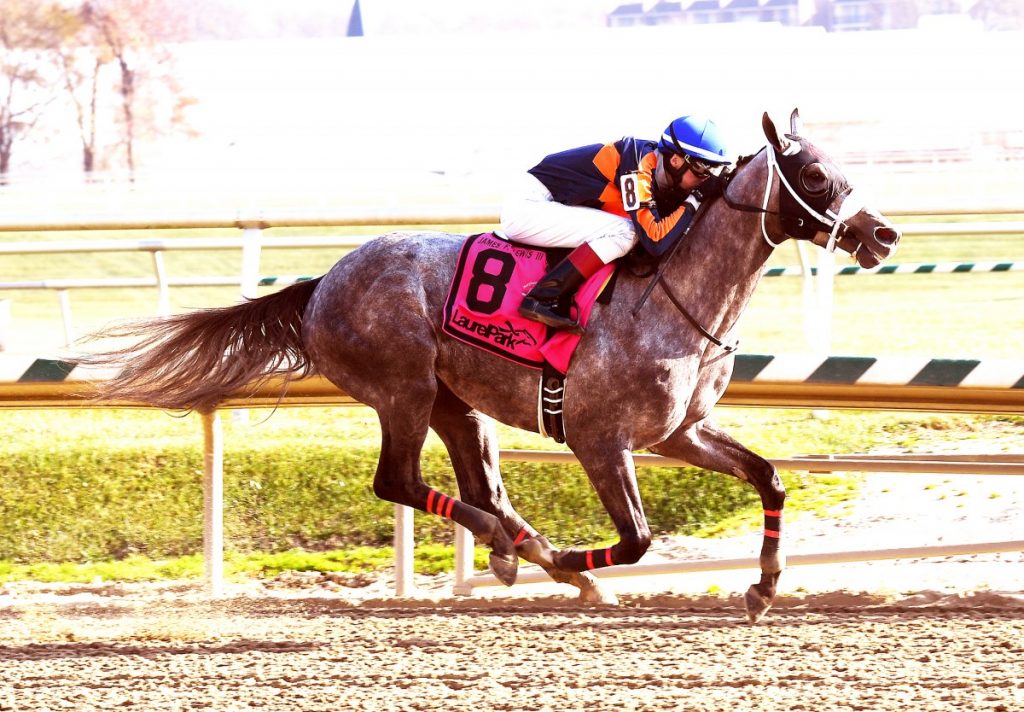 M M G Stables’ multiple Grade 3 winner and Triple Crown contender El Areeb had an easy work Wednesday morning at Laurel Park as he continues preparations for his next start in the Wood Memorial (G2) April 8 at Aqueduct.

Working 1 1/8 miles over the main track in company with multiple stakes winner Winter, El Areeb was timed in 51.60 seconds for the final half-mile. Trainer Cal Lynch’s son and assistant, Charlie, was aboard El Areeb with current meet-leading rider Trevor McCarthy on Winter.

“He felt great. He keeps continuing to grow and get better and better every day. We loved the way he worked today,” Charlie Lynch said. “He was pulling me all the way around there so we’re really happy with that. My dad had a really big smile on his face when we got back so that’s a good sign, usually.”

Winter, a winner of three straight including the Nellie Morse and Maryland Racing Media Stakes in succession at Laurel, will run back in the Top Flight Invitational Handicap (G3) Sunday at Aqueduct.

El Areeb has worked three times since having his four-race win streak snapped when fourth as the favorite in the Gotham (G3) March 4 at Aqueduct, where he won the Withers (G3) and Jerome (G3) to kick off his 3-year-old season..

“It was an easier work today than last week. Winter is running in the stake on Sunday and I didn’t want her to go too fasts and leave her race on the track,” Cal Lynch said. “They both worked really good and came back good. It looks like the Wood is right on schedule.”

Cal Lynch said El Areeb will have a final breeze April 4 and ship to New York the following day. Among the horses he is expected to face in his first time going 1 1/8 miles is Irish War Cry, winner of the Marylander Dec. 31 at Laurel and Holy Bull (G2) Feb. 4 at Gulfstream Park. Trained by Fair Hill, Md.-based Graham Motion, Irish War Cry was seventh last time out in the Fountain of Youth (G2) March 4.

“We haven’t run into him yet. We’re not trying to make life any harder than we have to,” Lynch said. “At some point you have to run into them, if it has to be the Wood. This will separate them out a little bit, then we’ll decide who’s going to the Derby and who’s not.

“We can only train our horse. If he does what he’s supposed to do, he’s competitive with all those horses,” he added. “Numbers-wise if he runs back to any of his three or four races before, he’s competitive.”