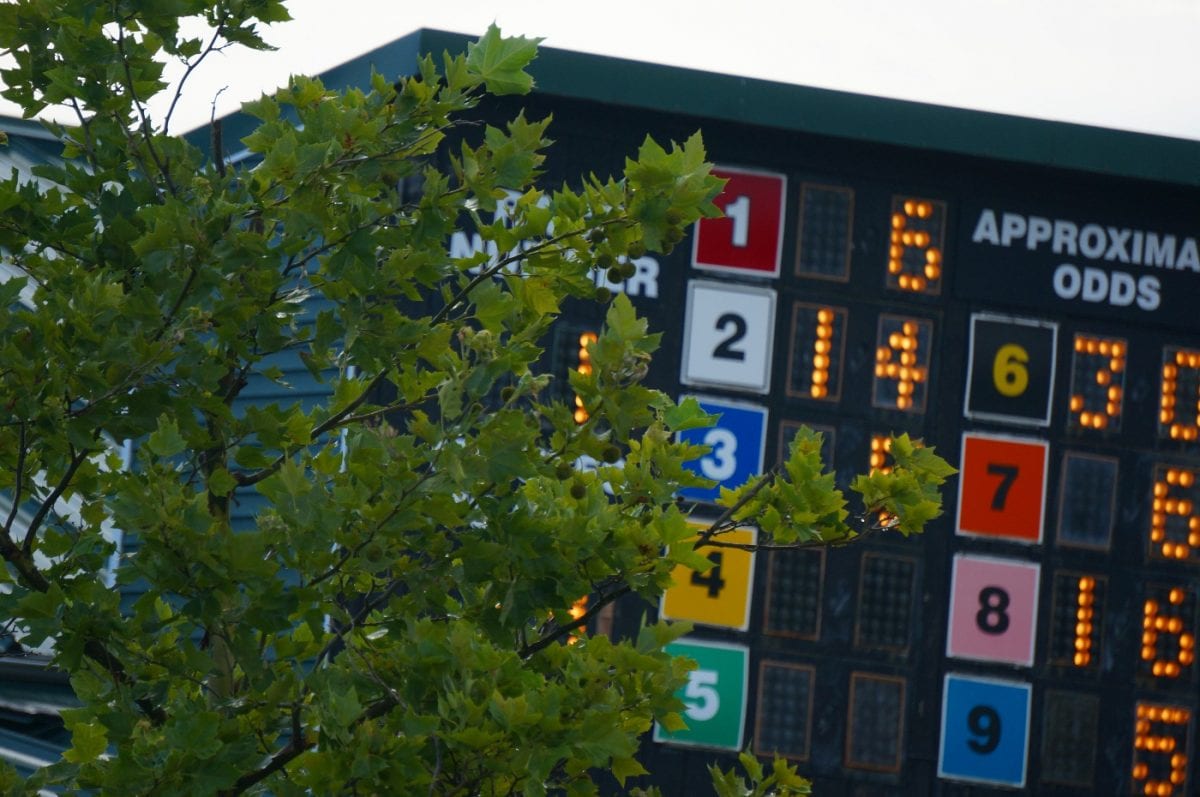 All-sources handle on U.S. racing was essentially flat in 2016 versus the prior year, Equibase announced yesterday.

Overall, more than $10.7 billion was wagered on Thoroughbred races conducted here, the company said.  That was an increase of about one-half of one percent from 2015 and marked the second consecutive year in which handle rose, albeit slightly.

The last time that handle rose in consecutive years was 2003, which was the tenth consecutive year of rising handle.  Handle has fallen in nine of the last 13 years, dropping from almost $15.2 billion in ’03. “The 2016 wagering and purse report suggests that Thoroughbred racing in the U.S. has stabilized from the world-wide economic recession of a few years back,” said National Thoroughbred Racing Association president and CEO Alex Waldrop in a release. “A declining foal crop has challenged the industry to adapt by reducing races and race days and also encouraged innovation. It is noteworthy that handle increased in 2016 despite 85 fewer race days.” There were 4,669 race days in 2016, a drop of about 1.8 percent from the prior year, and as a result, there were 1.7 percent fewer races conducted.  Average wagering per race day grew 2.4 percent to just shy of $2.3 million.  Average purses also rose, though more slowly; they were up less than one percent, to $232,114 per day.

That was the good — or good-ish — news.  The bad news was that, even with fewer races and race days, the number of starters per race continued to decline.  Average field size fell to 7.8, down 0.6 percent from 2016, and US horses made 2.29 percent fewer starts overall in ’16 than they did in 2015.

More troubling: relief does not appear to be on the horizon.  The Jockey Club projects that the foal crop for 2016 will be about equivalent to that of 2015 — which was just over half the 1990 foal crop.  And that company’s report of mares bred for 2016 showed a 2.5 percent decrease from last year.

On the plus side, a recent IRS proposal would alter the way that winning wagers are report and withheld.  The proposal mirrors changes long sought by the racing industry.

“By modernizing tax withholding and reporting to reflect the true cost of a wager, especially exotic wagers, more money will now remain in the hands of our customers who will re-bet most of those dollars for the benefit of all,” Waldrop said.  “It’s an important fix that the NTRA has spent years advocating for and will have a positive impact on overall pari-mutuel handle from the moment it’s implemented.”