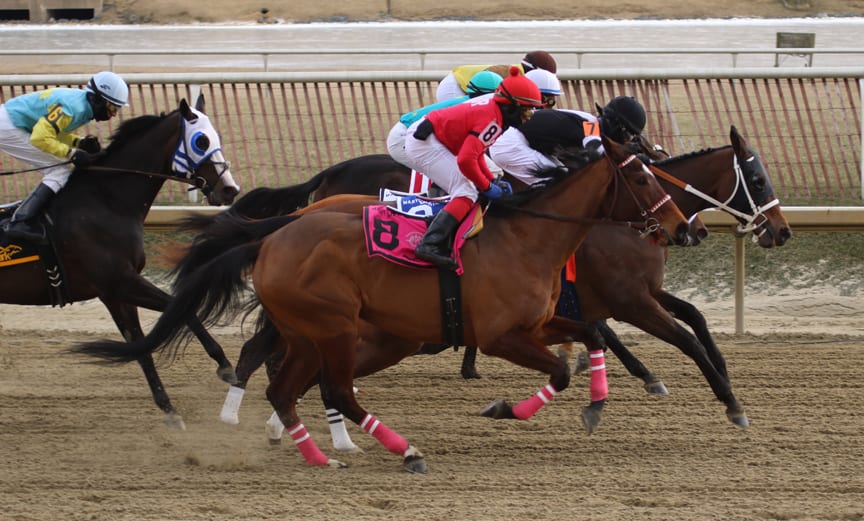 Through extraordinary work as journalists and providing a voice for horseplayers while promoting positive change and breakthrough handicapping innovations across North America, the National Thoroughbred Racing Association (NTRA), Daily Racing Form and the National Turf Writers and Broadcasters (NTWAB) today announced that Andrew Beyer and Steven Crist will each receive the Eclipse Award of Merit for a lifetime of outstanding achievement in Thoroughbred racing. This marks the fifth time that multiple Eclipse Awards of Merit have been presented in the same year.

Both Beyer and Crist will receive their Awards of Merit at the 46th Annual Eclipse Awards dinner and ceremony on Saturday, January 21, at Gulfstream Park Racing & Casino in Hallandale Beach, Fla. The Eclipse Awards are presented by Daily Racing Form, Breeders’ Cup and The Stronach Group and produced by the NTRA.

Beyer, now semi-retired after nearly a 40-year-career as racing writer and columnist at The Washington Post, is an author of best-selling books on handicapping and the creator of the Beyer Speed Figures, groundbreaking data that revolutionized handicapping for a generation of horseplayers. Crist, who also retired this year, was racing writer for The New York Times, a racetrack executive, and served as publisher of both The Racing Times and Daily Racing Form.

“I am thrilled to learn that Andy Beyer and Steve Crist have each been selected to receive the Eclipse Award of Merit. It is a great achievement for these two individuals and also important the industry recognizes the contributions that they have made to Thoroughbred racing,” said Charles Hayward,” former Daily Racing Form President and CEO and former New York Racing Association President and CEO. “Beyer and Crist shared a vision of the importance of advocating on behalf of the betting public. Their collective sustained efforts in this area resulted in policy changes that have improved the interests of the wagering customers which ultimately improves the entire racing industry.”

Born in Carbondale, Ill, and raised in Erie, Pa., Beyer spent the bulk of his journalistic career with the Washington Post, first in 1966, and leaving in 1970 to work for the Washington Daily News and The Washington Star, before returning to the Post in 1978 to be the racing columnist. In addition to covering the major races, Beyer became well-known as an advocate of the horseplayer, generating a wakeup call to the Thoroughbred industry to enact improvements on behalf of the bettors who fuel much of the sport’s economics.

“I am very gratified by it,” said Beyer upon learning of the Award. “I really believe that over the last 25 years that our speed figures have really changed the way the industry look at horses. I am proud of what we’ve done and that the industry has recognized us.”

Beyer’s first book on handicapping, “Picking Winners,” in 1975, explained the basics of handicapping to the novice player, and became a nationwide best seller. A significant part of the book was the introduction and explanation of speed figures – assigning a number to a horse’s race performance, prioritizing speed over class and other factors – as a breakthrough method in analyzing horses’ chances of a top performance. Later on, these figures would spawn a handicapping industry.

“I gave the secret when I wrote ‘Picking Winners,’” Beyer recalled. “Only a handful of hardcore types were going to read the book. The fact that it’s been in print for the past 41 years is quite a shock. ‘Picking Winners’ really created an awareness of the power of speed handicapping. Much of the betting public recognized it long before people in the industry did.”

With his business partner, Mark Hopkins, they created the Beyer Speed Figure in 1987, and got them published in 1991 in The Racing Times, a new daily horse racing newspaper published by Steven Crist, who took a bold step leaving The New York Times as its turf writer since the early 1980s and going full-tilt as the Editor-in-Chief of the new daily horse racing publication.

First in The Racing Times and then exclusively in Daily Racing Form, the Beyer Speed Figure became a revolutionary tool in handicapping and a household term among bettors whose first question the day after a horse’s big performance was often, “What Beyer number did he get?”

The Beyer Speed Figure became so popular that the breeding farms began using the figures to tout the prowess of their stallions and progeny in racing publications.

Beyer and his wife Susan reside in Washington, D.C.

Crist served Racing with Distinction in a Variety of Capacities

Steve Crist found a broad range of success as a journalist, author, publisher, racetrack executive and as an advocate for horseplayers’ interests. He was the horse racing writer for The New York Times (1981-1990) and the founding Editor-in-Chief of The Racing Times. In 1998, Crist was part of a group of investors that purchased Daily Racing Form, where he became the editor and publisher. In 2002, he became Chairman and Publisher. In 2013, Crist became Publisher Emeritus until his retirement in July.

After a few years on the racing beat at The New York Times, Crist found that the horseplayer was without a significant voice.

“It seemed that all of racing’s major organizations had an advocacy or lobbying group, and the horseplayers had absolutely nothing. So I took on the role of addressing horseplayers issues. Other than Andy Beyer, no one else was looking at things that way. And to have the (The New York) Times support that coverage was a pretty big thing at that time,” Crist recalled.

While head-manning the Racing Form, Crist continued to enhance the past performance information for horseplayers, incorporating the Beyer Speed Figures, and expanding statistical trainer results, auction sale prices for each horse and stud fees for the stallions, turf and breeding figures for each horse, and new products including DRF Formulator and TicketMaker.

Throughout this period, he continued to write a weekly column and incorporated a live blog frequently updating players on his insights during a weekend racing card. Crist was a regular guest on the New York Racing Association (NYRA) replay cable programs, hosted by Harvey Pack, and also joined Pack in entertaining handicapping seminars at Siro’s restaurant in Saratoga Springs, N.Y., handicapping that afternoon’s card.

“I am genuinely touched and honored by this award, not only on my own behalf but also for its recognizing the important role that journalists, publishers and handicappers play in Thoroughbred racing,” Crist said.

One of Crist’s most enduring legacies is the creation of the Eclipse Award for Horseplayer of the Year, which annually is awarded to the winner of the DRF/NTRA National Handicapping Championship. With the exception of one year, Crist has presented that trophy to the NHC winner since the award’s inception 17 years ago. Launched in 1999 with a total purse of $250,000, the 2017 NHC and NHC Tour had total prizes of $2.8 million and the individual contests leading up to the annual Championship in Las Vegas have become one of the largest and most popular promotions in Thoroughbred racing.

In between stints with the Racing Times and the Racing Form, Crist was appointed by New York Gov. Mario Cuomo as a member of a state advisory commission on racing, 1992-1994, where he was the catalyst for several reforms, the most important of which was the restructuring of “breakage” on straight wagers from 10 to five cents on the dollar, resulting in millions of dollars returned to bettors. He was a vice president of the New York Racing Association from 1994 to 1997, where he introduced full-card simulcasting and expanded wagering options.

In 2010, Crist was one of four in the inaugural class of racing journalists named to the Media Honor Roll in the National Museum of Racing’s Hall of Fame, along with Charles Hatton, Bill Nack, and Red Smith. Last year he was also inducted into the Hall of Fame for the National Handicapping Championship, the event he helped create.

A complete list of past Eclipse Award winners, including the Award of Merit recipients, can be accessed online at http://ntra.com/en/eclipse-awards/history.