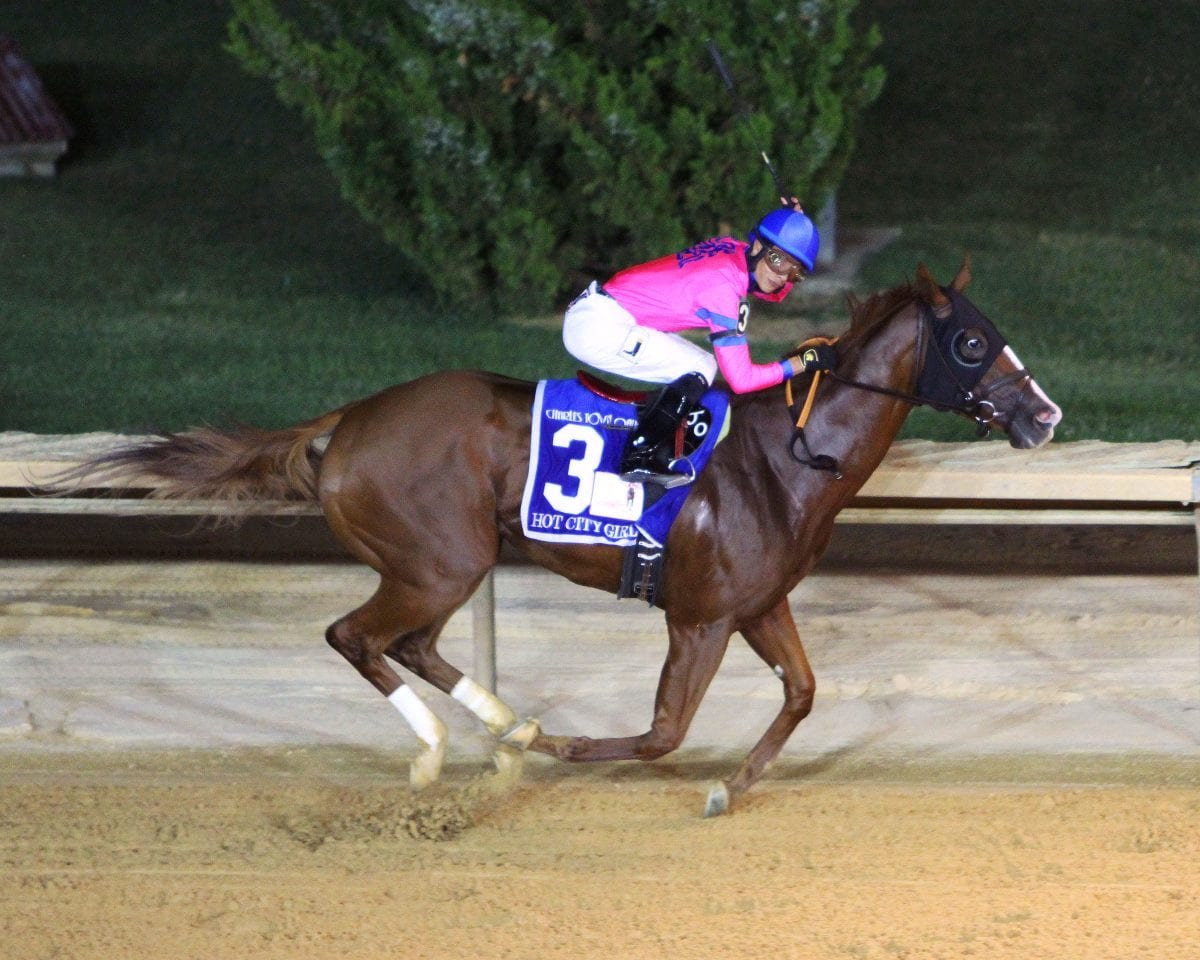 Hot City Girl took them all the way to win the 2015 G3 Charles Town Oaks. Photo by Coady Photography.

Graded stakes winners Paulassilverlining and Hot City Girl are among 70 horses nominated to a quartet of stakes worth $375,000 in purses to be run Saturday, Dec. 10 at Laurel Park.

Vince Scuderi homebred Paulassilverlining and Lady Sheila Stable’s Hot City Girl top 20 nominees to the $100,000 Willa On the Move for fillies and mares 3 and up at six furlongs. Third in her only two previous starts at Laurel, 4-year-old Paulassilverlining has won the Distaff (G3), Vagrancy (G3) and Gallant Bloom (G2) in New York this year and was most recently third by two lengths in the Breeders’ Cup Filly & Mare Sprint (G1) Nov. 5 at Santa Anita.

Also based in New York, 4-year-old Hot City Girl won the Charles Town Oaks (G3) two starts before romping to an 8 ¼-length front-running victory in the seven-furlong Safely Kept last fall at Laurel. Sixth after setting the pace in the Barbara Fritchie (G2) in February, she has not raced since winning the Union Avenue Stakes Aug. 18 at Saratoga.

Among the 14 horses nominated to the Juvenile Futurity are Greatbullsoffire, whose multiple stakes wins include the Maryland Million Nursery Oct. 22 at Laurel; O Dionysus, who upset favored Greatbullsoffire in the Christopher Elser Memorial Stakes Nov. 12 at Parx; Dancing With Maude and Maryland’s Best, second and third, respectively, in the Nursery; and impressive Laurel maiden winners In Arrears and filly Phantom Shot.