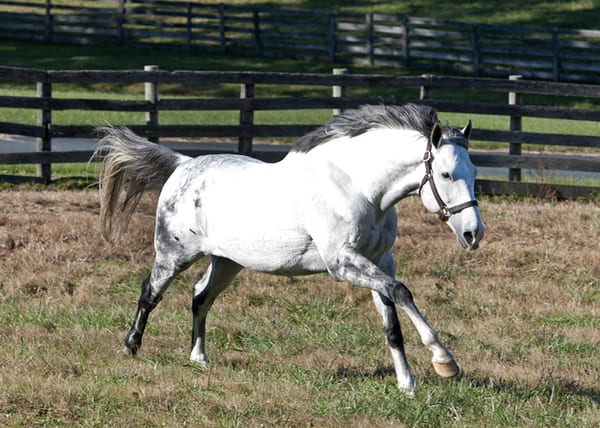 From a Bonita Farm release

Bonita Farm announced on Monday the arrival of Norumbega to stand at stud at the Darlington, Md., farm for the 2017 season.

A 6-year-old son of Tiznow raced as a homebred by highly respected Jockey Club chairman Stuart Janney III, Norumbega won the 2014 running of the prestigious Brooklyn Handicap (Grade 2). Run at Belmont Park on the same day as California Chrome’s bid for the Triple Crown, Norumbega completed the Brooklyn’s mile and a half a full second faster than Tonalist’s winning time in the Belmont Stakes.

Norumbega won or placed in eight of 19 starts and earned $521,645 in a career in which he was also second in the Grade 3 Skip Away Stakes and Grade 3 Discovery Handicap. His sire, Horse of the Year and two-time Breeders’ Cup Classic-G1 winner Tiznow, is rapidly becoming a sire of sires. The young Tiznow son Gemologist is represented by two graded stakes winners in his first crop of runners and currently ranks second in the nation on the 2016 freshman sires list.

Meghan’s Joy, Norumbega’s dam, is a stakes-placed daughter of A.P. Indy and represents one of the current strongest female lines in North America. She has produced six stakes performers, five graded, led by millionaire Ironicus, a multiple graded winner of $1,148,615 who recently retired to stud at Claiborne Farm in Kentucky. Meghan’s Joy’s 10 runners have combined earnings just shy of $4 million. She is also the granddam of graded winner and course record-setter Onus. The family traces back to Rokeby Farm’s blue hen mare Glowing Tribute through graded winner Wild Applause (by Northern Dancer).

Janney is a descendant of one of the greatest Thoroughbred breeding families of Maryland which produced the great filly Ruffian and Kentucky Derby-G1 winner Orb, among many others. Norumbega was trained throughout his career by Hall of Famer Claude R. “Shug” McGaughey, who has overseen the progeny of this family and considers it one of the best in racing.