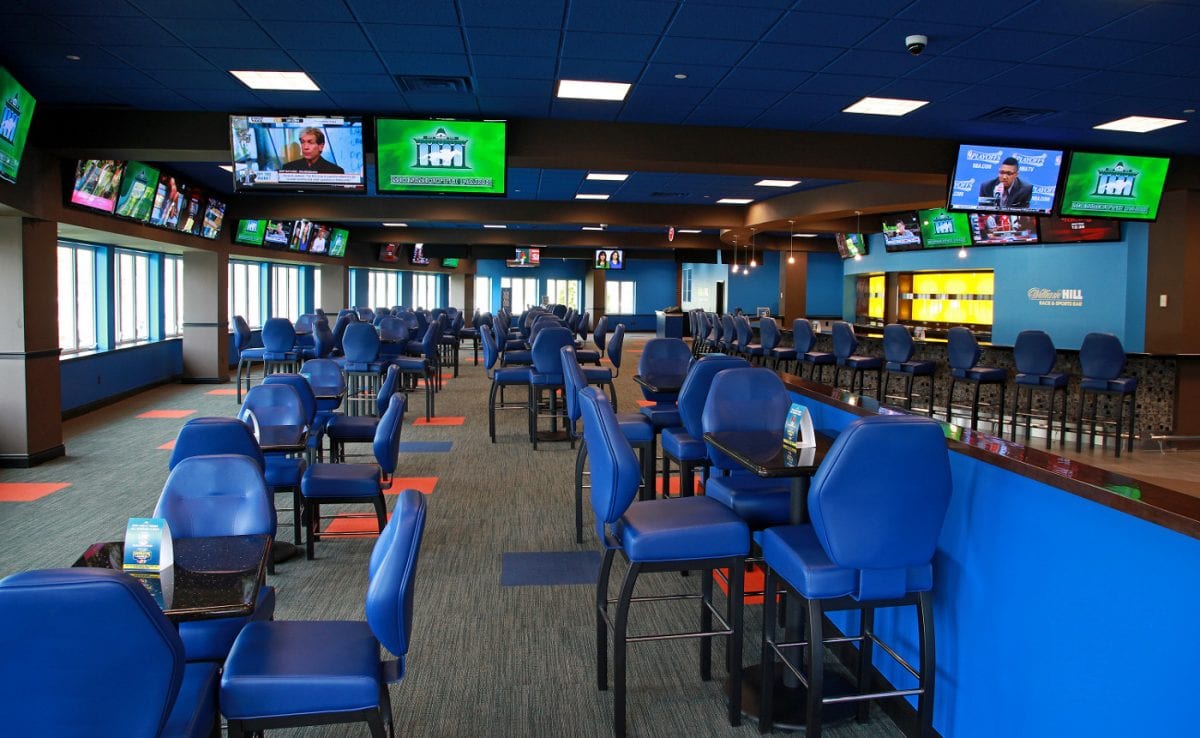 A referendum to allow two casinos in northern New Jersey, with a percentage of revenue going to fund purses at the state’s racetracks, was overwhelmingly rejected by voters Tuesday, allowing Atlantic City to maintain its state monopoly on casino gaming.

Two percent of the revenues generated at the proposed casinos – one expected to be located at the Meadowlands in East Rutherford and the other in Jersey City – were earmarked for horse racing, but industry representatives argued it was not enough to allow tracks to meaningfully compete with their counterparts in every surrounding state, all of which have casino-fueled purses.

“Unfortunately, when the powers that be in Trenton got together and crafted this referendum, not only was it poorly worded, but it specifically leaves Monmouth Park out,” said Irace. He said that two percent of the gaming revenues were not enough to help sustain Monmouth and the other state tracks against the purses currently offered in Pennsylvania, New York, Delaware and Maryland.

On the day before voters went to the polls, an agreement was announced between the New Jersey Thoroughbred Horsemen’s Association, which leases Monmouth Park from the state, and the Standardbred Breeders & Owners Association and Jeff Gural at New Meadowlands Racing. The agreement guaranteed, in addition to the two percent from the referendum, that if the Meadowlands were granted one of the two new casinos, Gural would dedicate $30 million per year for purses to be divided equally between thoroughbreds and standardbreds, as well as an additional $5 million per year dedicated to the operating expenses at Monmouth Park and $2 million more to allow for both dirt and turf racing at the Meadowlands beginning in 2019.

“(The) agreement is a great one for everyone involved with New Jersey horse racing,” said Dennis Drazin, legal counsel and advisor to the NJTHA, who then urged everyone directly or indirectly related to the sport to vote “yes” on the measure. Drazin said a “yes” vote would secure a bright future for Monmouth Park, which this year suffered double-digit declines in on-track and total handle versus the previous season.

But polling on the measure showed little public appetite for two new casinos. A public relations campaign called Our Turn NJ, started by Gural and Paul Fireman, promised voters that the new casinos could generate $500 million for seniors and rescue floundering Atlantic City from financial crisis. The campaign was suspended in late September amid strong backlash from Atlantic City casino officials, who said expanded gaming in northern New Jersey could force the closing of three to five casinos in the Shore town, and with them the loss of thousands of jobs.

“On behalf of the 30,000 employees and their families that rely on the Atlantic City casino industry, we are gratified by the overwhelming defeat of this initiative,” said Morris Bailey, owner of Resorts Hotel Casino and a prominent horse owner. Several years ago Bailey had been interested in buying/leasing Monmouth Park, but the deal failed to materialize.

“We knew that the referendum was probably doomed from the beginning,” said Drazin on Wednesday. “We were not surprised at all it was defeated.”

Drazin said the fight to get an alternative revenue stream to Monmouth Park and Meadowlands will not end with the referendum’s defeat. Long before Tuesday’s vote, he had begun to help draft legislation that would move forward with allowing video lottery terminals at the tracks, as well as legislation that would allow a revenue-sharing agreement with the Atlantic City casinos. Internet cafes would be constructed at the tracks to provide casino customers with access to online gaming, including a full menu of all games of chance currently offered.

As for Monmouth Park, Drazin said that the NJTHA has submitted two dates applications for 2017 with the Racing Commission, which will be considered at the Nov. 16 meeting in Trenton. The first would essentially run the same dates as this year – 57 at Monmouth Park and 14 at an all-turf Meadowlands meet. The second would offer 40 at Monmouth and 31 at the Meadowlands running a dirt and turf meet, but that is contingent upon an agreement between Gural and the SBOA. Drazin said the first application is the one more likely to be implemented.