Video: Behind the scenes with Koala Queen 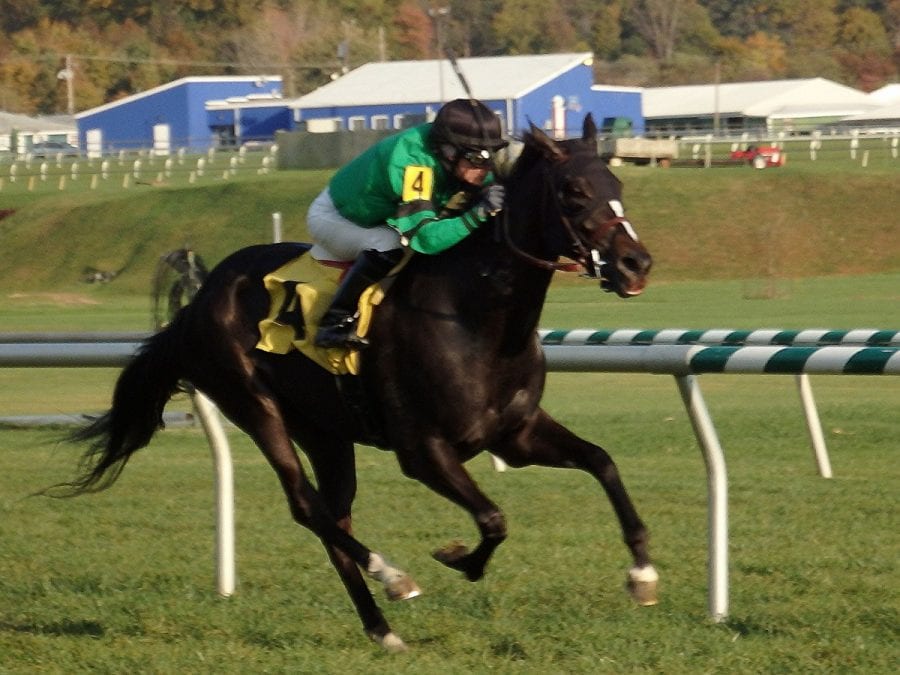 What the future holds for Koala Queen is anybody’s guess.

She’s certainly a horse with a little bit of talent.  The three-year-old Lonhro filly has won three of eight starts with $88,320 in career earnings.

On October 30, she earned a decisive score against second-level allowance foes over the Laurel Park turf, winning by a length after leading throughout and traveling 1 1/16 miles in a zippy time of 1:40.56.

She is trained by Arnaud Delacour for owners Peter Callahan, Catesby Clay, and Chris Zinkhan and was bred in Kentucky by Callahan and the Clay’s Runnymede Farm.

This video, by renowed filmmaker Jeff Krulik, takes us inside her May 20 appearance in the $100,000 Hilltop Stakes on the Black-Eyed Susan Stakes undercard at Pimlico.  Though Koala Queen finished sixth that day, she was beaten just two lengths and certainly showed she belonged.

That was her first — and to date, lone — stakes foray, though among her siblings is a half-brother who enjoyed his visit to Pimlico rather more than she did.  Woodwin W, her half-bro by More Than Ready, won the 2015 James Murphy Stakes at Old Hilltop.

So, yes, a sixth-place finish here, but as Runnymede Farm CEO Brutus Clay observes in the video, that’s why a smart owner celebrates the evening before the race.