Toledo gets a hat trick – and one 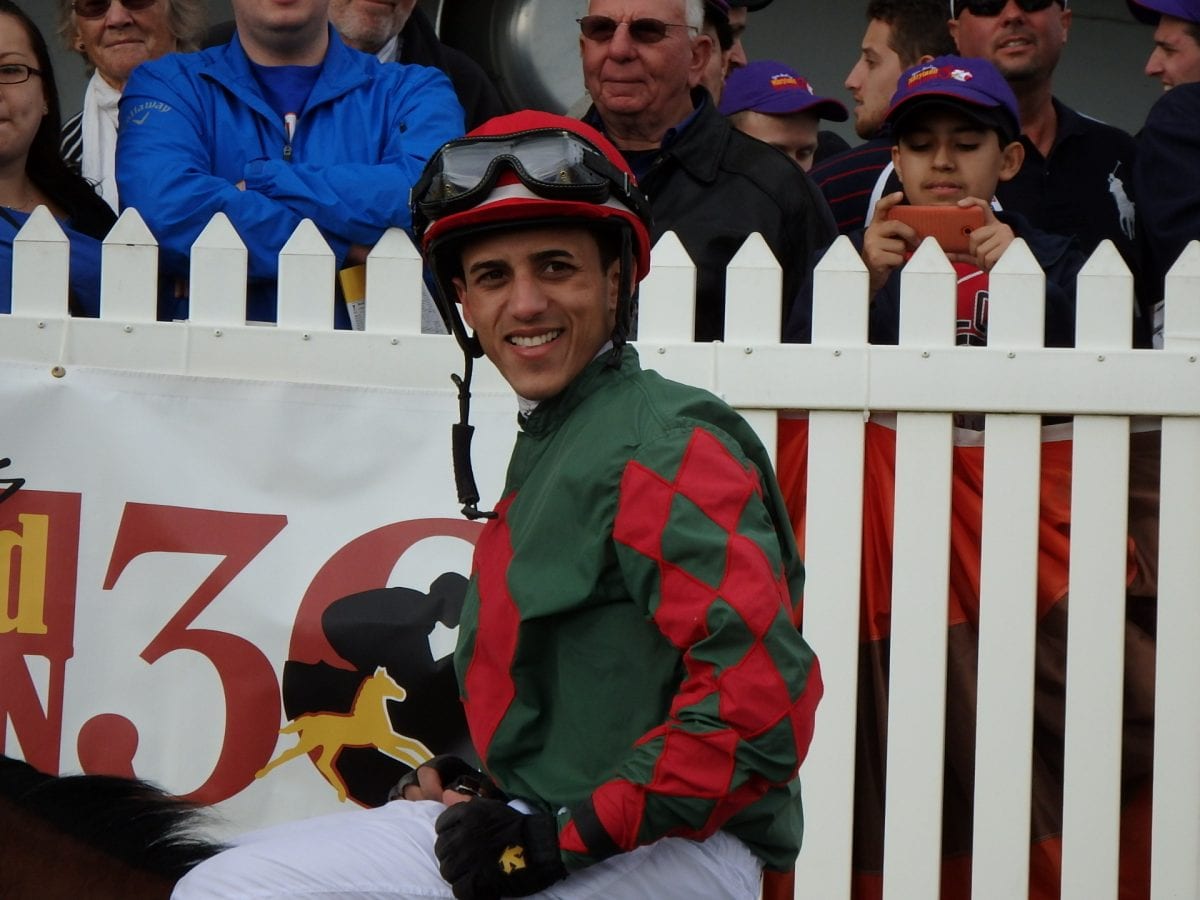 A 3-year-old Uncle Mo colt dropping back into optional claiming allowance company off a pair of graded-stakes efforts, Name Changer ($5) ran about 1 1/6 miles in 1:43.42 over a fast main track as the 3-2 favorite in a field of nine.

Toledo settled Name Changer in mid-pack while Connemara Coast took the field through opening fractions of 23.41 and 47.84 seconds. Toledo swung Name Changer to the outside after straightening for home, caught leader Dynamic Strike near the eighth pole and drew clear by 5 ¼ lengths. Dynamic Strike finished second with Yolo Mon third.

Name Changer had not raced since finishing 10th of 14 following a troubled trip in the Smarty Jones (G3) Sept. 5 at Parx. Prior to that he was third in the West Virginia Derby (G2) Aug. 6 in his stakes debut.

“I thought today was a good spot for him. I just set him down behind horses and let the speed go and when I asked him I had so much horse, he just kept going,” Toledo said. “He’s a pretty good horse. I rode him at Mountaineer and he ran a really good race. The last time he ran I was stuck in early traffic with too many horses.”

Toledo’s four wins gave him 25 at the fall meet, pushing him one past Trevor McCarthy atop the rider standings. He was also first with Mr. Spaceman ($4.40) in the first race, Music Critik ($8.20) in the third and Tapkee ($7.80) in the sixth.

“I have to thank all the owners and trainers for giving me the opportunity. I try to put in the hard work every single day and my agent does a great job for me,” Toledo said. “When the day starts like that it’s already a good day because it’s not every day you win one, never mind four.”