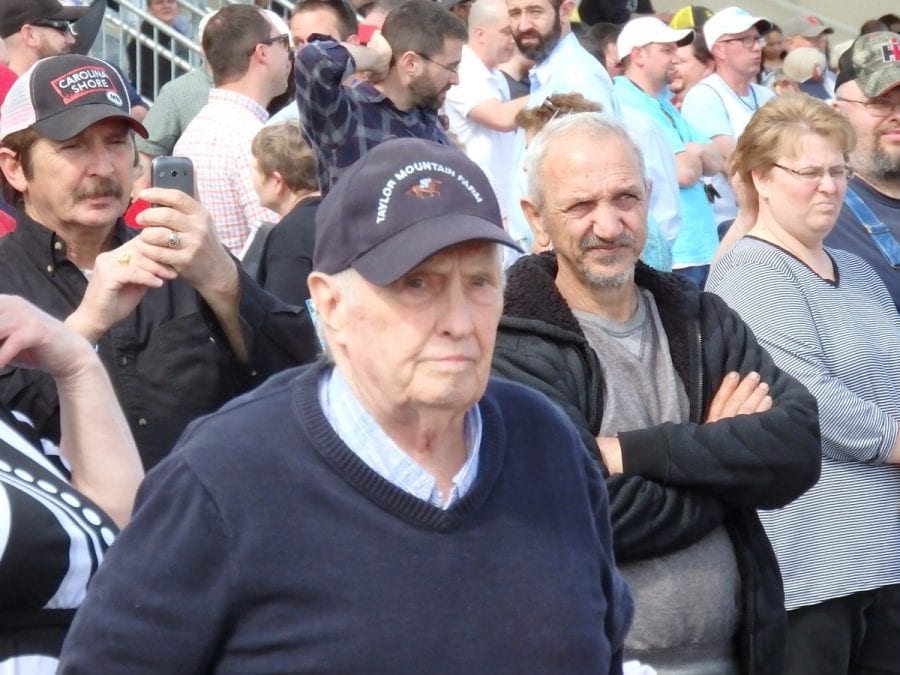 It didn’t take him long.

Casey won three times on Saturday– taking the Dash for Cash, Cavada, and Triple Crown Nutrition — and completed the journey to 1,000 when his only Wednesday starter, Coach Casey, came through at Charles Town Races.

With Antonio Lopez in the irons, Coach Casey took a 6 1/2 furlong allowance test for West Virginia-breds.  Sent off as the 8-5 favorite, Coach Casey pressed the early pace, put a head in front after a half-mile in 47.30 seconds, and went on to win by a diminishing half-length over second choice Blazin Luck in 1:19.29.

Casey, 86, didn’t record his first training victory, according to Equibase, until 1989.  He won 35 times that year and has consistently churned out between 20 and 66 victories every year since.

These last four winners, like virtually all of Casey’s trainees in recent years, were all homebreds racing in the colors of Taylor Mountain Farm, the facility he founded with his late wife Eleanor.  There, Casey stands three veteran stallions making their mark on Mountain State racing: Luftikus, Denis of Cork, and Windsor Castle. For 2017, he will add new sire Juba to the roster.

Coach Casey, last night’s winner, is by Charitable Man and out of the productive Yankee Victor mare Candy One.  Candy One also is the dam of hard-hitting sprinter Greenway Court, who took Saturday’s Dash for Cash for the third time in four years, and Cavada winner Candy Man’s Girl.

“She’s been really good to me,” Casey said of Candy One on Saturday. “We’ve had a lot of success with her. She raced a few times, and then we got her for a broodmare about 10 years ago and she’s had a number of good foals for us. Greenway Court has probably been her best one so far, but Candy Man’s Girl keeps getting better and she’s already won the Cavada, which puts her right up near the top.”

Casey has also been joined in the racing game by sons James M., a trainer and veterinarian, and John Allen, manager of the farm and a trainer in his own right, and daughter Ann M. Casey, who has owned several successful runners.