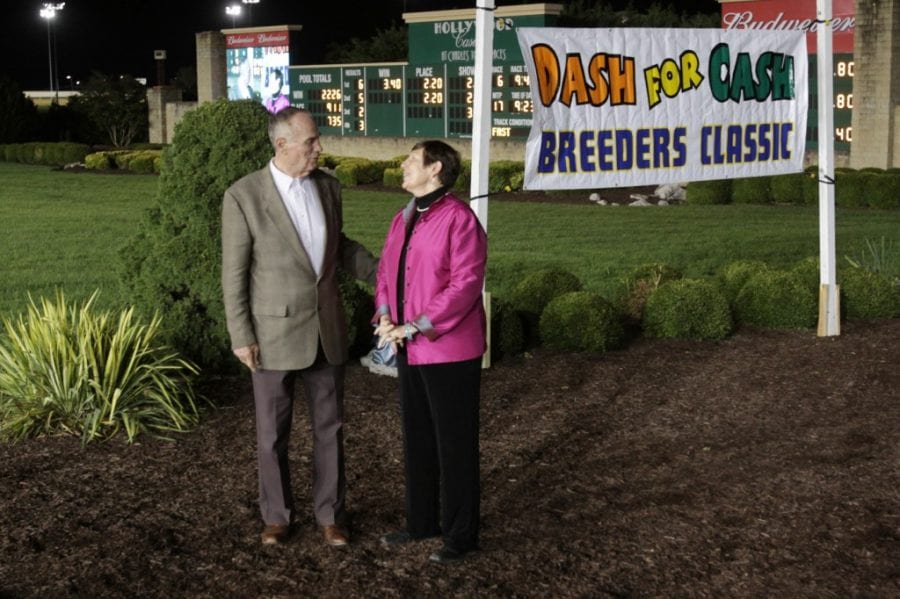 From a Charles Town Races release

Williams is best known for his four touchdown performance that garnered him the Most Valuable Player Award in Super Bowl XXII and currently occupies a role in the Redskins front office. A five-time Pro Bowler, Jurgensen remains involved as an analyst for Redskins games has been a consistent presence at the Sam Huff Hall of Fame breakfast over the past couple decades.

The speakers at the breakfast will be former NFL player Richard “Doc” Walker who won a Super Bowl with the Redskins in 1983 and has hosted several local sports television and radio programs, as well as Churchill Downs track announcer Travis Stone. In addition to calling the Kentucky Derby, Stone, who will be behind the microphone for the West Virginia Breeders’ Classics for a second consecutive year has also served as a race caller at Aqueduct, Louisiana Downs, and Monmouth Park among other venues.

Other guests are expected to include Redskins announcer Larry Michael, three-time Pro Bowl receiver Roy Jefferson, Dexter Manley, who anchored the Redskins defensive line throughout the decade of the 1980’s, All Time All-AFL second teamer Ron McDole and four-time Pro Bowler Sonny Randle who is only one of only three players in NFL history to have 16 or more receptions and 250 or more receiving yards in one game, joining Antonio Brown and Terrell Owens. Noted horse racing commentator and television personality Chris Lincoln will also be in attendance.