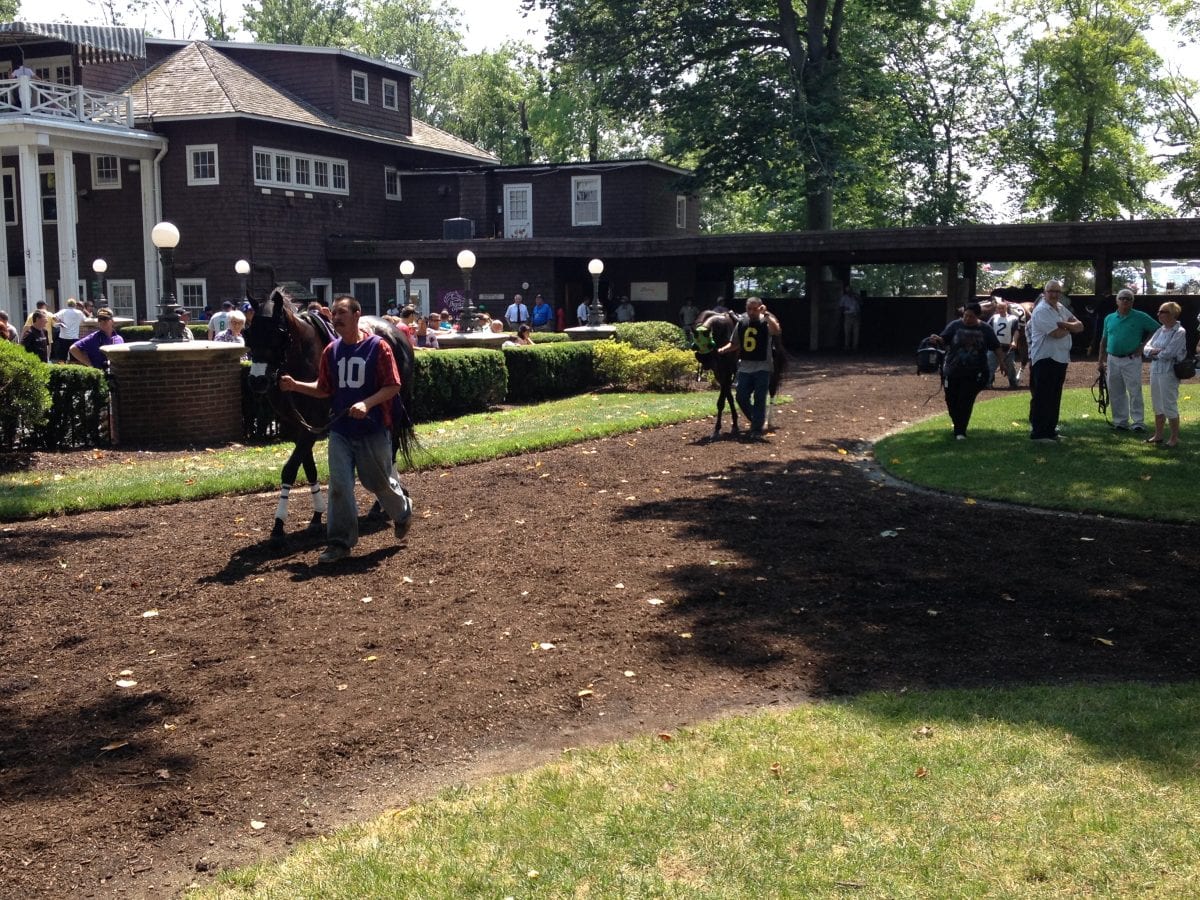 Saturday’s $75,000 George Rosenberger Memorial Stakes is a wide open affair featuring a number of entrants who are looking to take that all-important step from being just a nice allowance/optional claiming level runner to a stakes winner.

One of those looking to break through and earn some black type is Janine Melnitz, a horse with a strange name trained by an up-and-coming horseman with an interesting resume.

Sycamore Racing III, the owners of Janine Melnitz, are quite imaginative when it comes to naming their young horses and Janine Melnitz is no exception. The filly, who was purchased for $45,000 as a yearling, is by the sire Ghostzapper. Movie trivia buffs will be quick to tell you that Janine Melnitz was the brash secretary for the paranormal investigation and extermination company known as Ghostbusters.

Janine Melnitz the horse began her career in the spring of 2015 and made six starts as a 3-year-old, mostly sprinting on the turf. While she was still a maiden when Abbott stopped on her and took her to Palm Beach Downs for the winter.  She was a filly her trainer felt had a bright future.

“She didn’t run badly last year, [but] it was just a combination of her learning how to put things all together,” Abbott recalled.  “And while she had some good races sprinting, we felt all along she would be more comfortable when we started running her longer.”

Janine Melnitz stretched out for the first time at Gulfstream in mid-February and came off a three-month vacation with her best effort to date. Racing in mid pack early in the 7 ½ furlong race, Janine Melnitz looped rivals though the second turn then closed powerfully outside to just miss by a neck at 23-to-1. The filly followed that up with a solid fifth in a mile maiden tilt run in a fast 1:34.2.  Abbott then decided to wait for Delaware Park to run his charge back.

“She’s a Delaware Certified horse and the connections are local, so we brought her back in June and she’s run her best two races to date here,” Abbott said.

Janine Melnitz rallied from just off the pace to post an impressive maiden win on June 9th going a mile and a sixteenth and then did what most horses are unable to do by coming right back in her first start against other winners to win again. After waiting for racing room in that mile and seventy yard race, Janine Melnitz challenged for the lead in the stretch and showed her gameness to outfinish Royal Source, an Arnaud Delacour filly from the Lael Stable and the favorite in the race.

“This is a step up for her,” Abbott admitted, “but she’s really come into her own since she started racing around two turns, she’s training great, [and] so the time is right to test her at the next level.”

And Abbott should have learned a good deal about assessing talent from his early education in training and horsemanship. Before starting his own stable Abbott spent considerable time in Europe as a stable lad and assistant.

For whom did he work?  None other than the Sir Michael Stoute and Aiden O’Brien, two legendary figures in European racing.

And, oh yes, on this side of the pond he also worked someone you might have heard of: a fella named Pletcher.