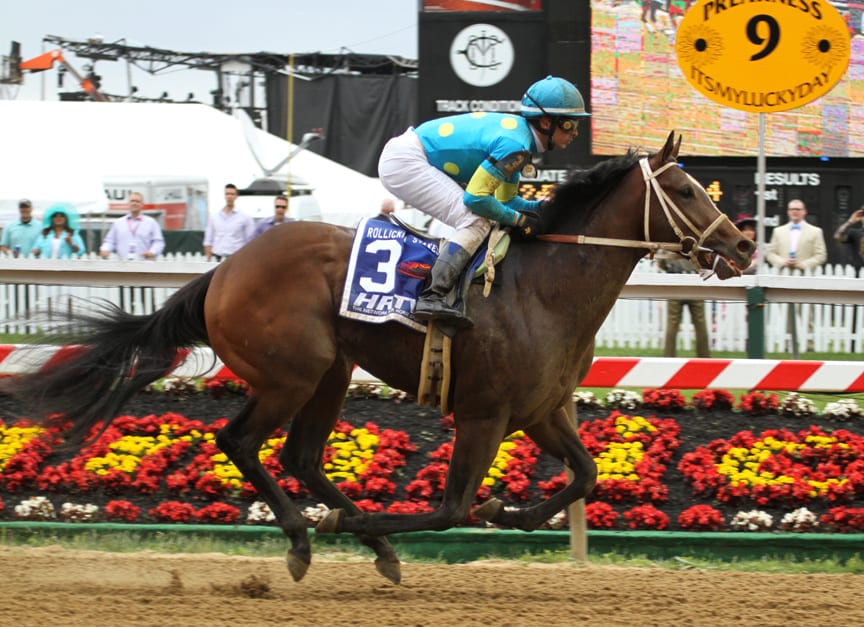 Upsets were the order of the day in a pair of sprint stakes for older Delaware-certified runners today at Delaware Park, with both Debt Ceiling, in the New Castle, and Outwithbigdaddy, in the Tax Free Shopping Distaff, paying over $17 to win.

Indeed, Galiana, the three-time defending champion of the Tax Free Shopping Distaff, a six furlong test for fillies and mares three and up, did not complete the course.  She dropped back in distress on the turn and had to be vanned off.

Galiana, trained by Rodolfo Romero, was making her first start of ’16 and showing just a pair of works in the interim.

With Daniel Centeno aboard, the 4-year-old daughter of Outflanker won 3/4-lengths and returned $17.60 as the fourth choice in the field of seven. Lake Sebago, finished second. It was another 1 1/2-lengths further back to Code Name Taurus, with Ricardo Chiappe, in third.

Outwithbigdaddy cut early fractions of :22.38 for the quarter mile and :45.96 for the half mile before completing the six furlongs in 1:10.68 over a fast main track.

The Maryland-bred trained by Gina Rosenthal raised her career record to five wins from 15 starts with earnings of $158,563.

With Brian Pedroza aboard, the 5-year-old son of Discreet Cat won by a half length and returned $17.20 as the third-choice in the field of four.  The 1-to-5 favorite, Cinco Charlie with Ricardo Santana Jr, finished second but was disqualified and placed third by the Delaware Thoroughbred Racing Commission stewards for bumping Final Prospect, with Jose Caraballo.  Final Prospect was placed second

Debt Ceiling ran the six furlongs in 1:10.24 over a fast main track.

The Kentucky-bred trained by Gina Rosenthal raised his career record to six wins from 21 starts with earnings of $285,747.