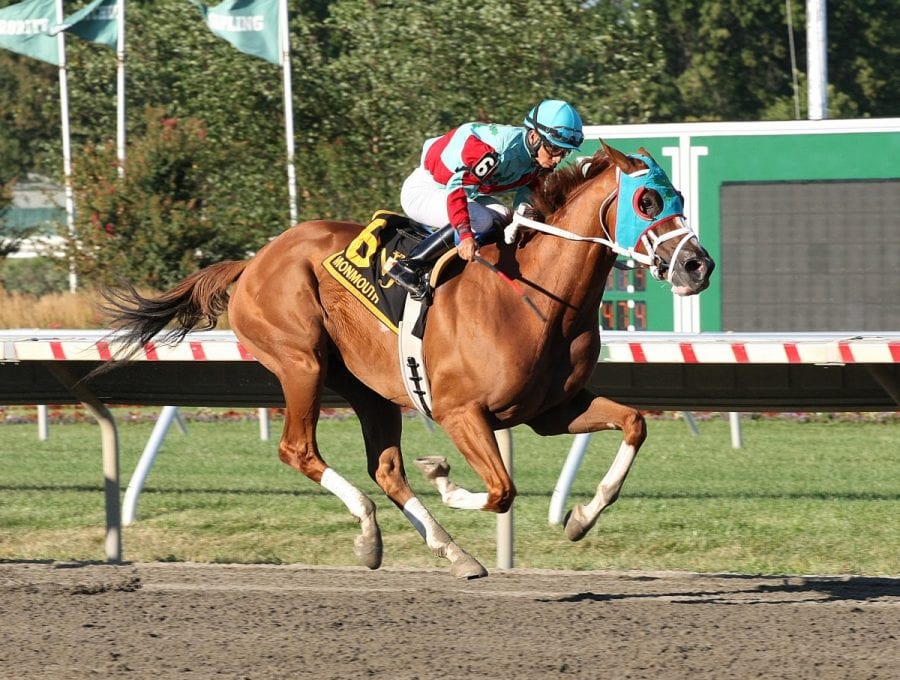 
Final Betrayal has won five of 15 career starts and just missed last out in a second-level allowance at Laurel Park.

All of that is enough to earn her the nod as the 2-1 morning line favorite in today’s Delaware Park feature, a $38,000 allowance going six furlongs on the main track.

Final Betrayal, trained by Daniel Velazquez, has finished first or second in four straight starts and has been in the triple in all five tries since Velazquez claimed her last August.  Her four best results have come with David Lopez, who will ride her today, in the irons.

Her top competition here looks to come from Sapphire Seas (3-1), the Larry Jones-trained daughter of Proud Citizen who has won two of three career starts.  The sophomore cruised to an easy score last out against first allowance foes over the strip and will have Gabriel Saez in the irons.

Eleven-time winner Secret Garden (4-1) has the profile of a horse who could get ignored by the betting public: eight straight losses, bad speed figs in her last couple, some questionable performances.  But a closer look reveals a horse with plenty of excuses: three starts on surfaces (turf, synthetic, off-track) where she’s a combined 0-for-14, one in a stake where she was 80-1, and one where she was unprepared at the start.  Taylor Hole will ride for trainer Jose Corrales…

One race earlier, the top two selections in the morning line — Virgo Rising (3-1) and the aptly named — by War Front out of Much Obliged, by Kingmambo — Conscription (4-1) — will start right next to each other, in stalls four and five, in the $36,000 allowance test going 7 1/2 furlongs on the grass.

The former, trained by Shug McGaughey, broke her maiden in her first North American try, leading throughout to win a maiden race locally.  She followed that up by leading a long way before tiring in the final furlong to be fifth against similar rivals going one mile 70 yards.  The shorter distance today should help; Edgar Prado will ride.

The latter, from the Graham Motion barn, made the jump from a June maiden win straight to stakes company, in the Christiana at Delaware, where she ran a credible fifth.  In her last, she tired late to be third against allowance foes.  Trevor McCarthy will be the pilot for the fourth straight time.

Hassah (5-1), trained by Kelly Rubley, will try blinkers for the first time today after a game try against allowance rivals at Parx Racing.