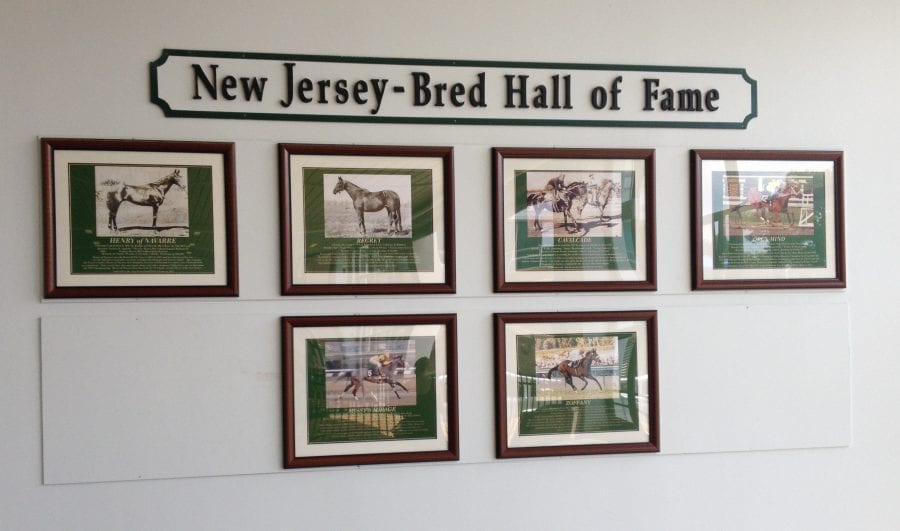 The Thoroughbred Breeders’ Association of New Jersey Hall of Fame yesterday committee announced the fifth class of horses into the New Jersey-bred Hall of Fame.  Classy Mirage and Lord Rebeau are the newest members of the state’s Hall.

Classy Mirage (Storm Bird-First Mirage, by Riva Ridge) was bred in New Jersey by Joseph & William Stavola Inc. and was owned by Middletown Stables. The 13-time winner was trained by H. Allen Jerkens.

Classy Mirage made her initial start on February 20, 1993 at Gulfstream Park in an allowance race which lost by a neck to Jacody who would later go on to win multiple graded stakes races. Classy Mirage won her next five races by a combined 29 lengths including a five length win in the Prioress Stakes (gr. II) defeating multiple graded stakes winners Missed the Storm and Educated Risk.

Lord Rebeau, a multiple graded stakes winner was a New Jersey homebred for Paul Cresci. Lord Rebeau showed his brilliance as a two-year-old winning a division of the Cowdin Stakes (gr.II) by five lengths over nine rivals. Lord Rebeau was a versatile horse winning stake races ranging from six furlongs to a mile and one sixteenth against the best of his generation including future National Museum of Racing and Hall of Fame inductees Forego and Foolish Pleasure.