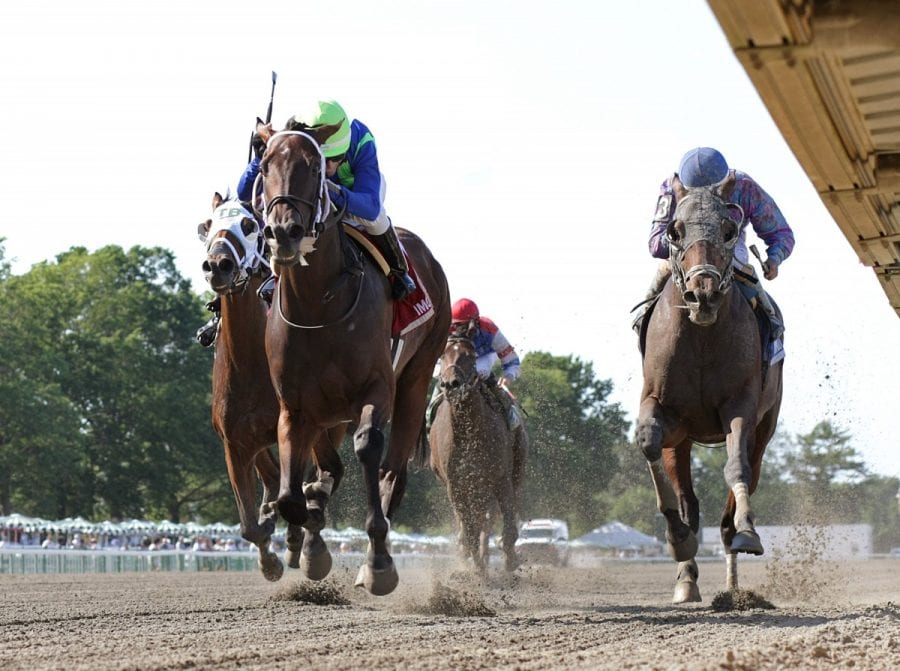 Kirk and Judy Robison’s Front Pocket Money held a short lead the entire way and held off a late charge from Yellow Chips to score the three quarters of a length victory in the Grade 3, $100,000 Jersey Shore Stakes Saturday at Monmouth Park.

“My horse broke sharp and he felt comfortable on the lead,” said winning rider Antonio Gallardo. “I had a lot of pressure the whole way, but my horse loves to fight and he fought until the end. When he felt the horse coming on the inside down the stretch, I felt that he wanted to go again.”

The 3-year-old gelding by Uncle Mo out of the Fusaichi Pegasus mare Turbulent Times has now hit the board in four of his five career starts, posting a 3-1-0 record and banking over $150,000.

In the nightcap of the stakes doubleheader, Clarke Ohrstrom’s Franklin Towers went to the lead right out of the gate and never looked back, posting a neck, wire-to-wire win in the $60,000 Lamplighter Stakes.

“The game plan was to go to the front because we looked like the speed of the race,” said winning jockey Nik Juarez. “Speed looked like it was holding well on the turf so leaving the paddock, we were sticking to that plan. I just tried to go as slow as possible and he really fought hard the whole way.”

The 3-year-old son of City Zip out of the Engrillado mare Leioa now holds a career record of 2-2-0 in eight starts, earning over $71,000.