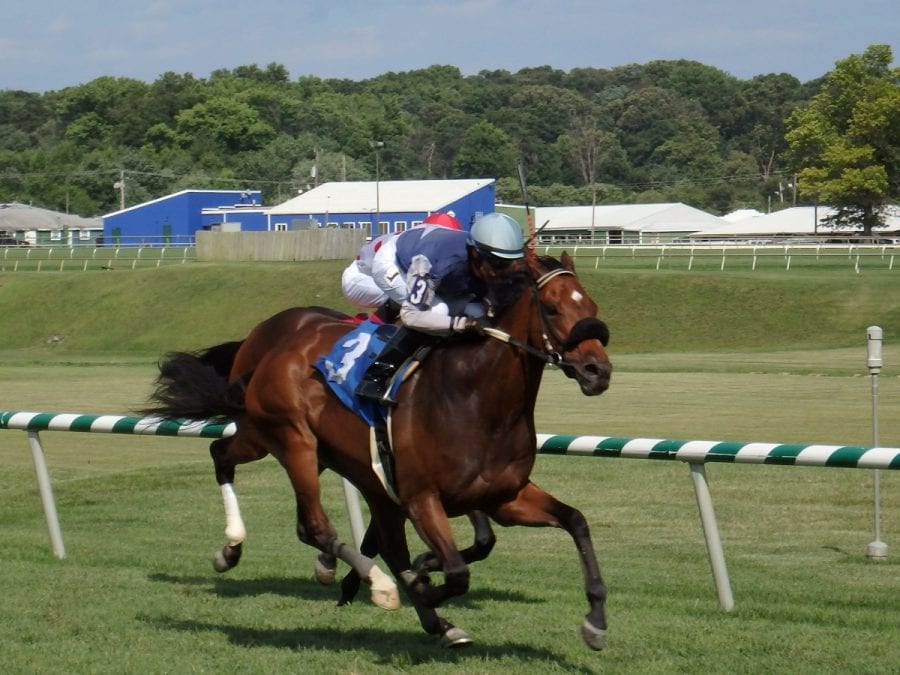 
Ghost Hunter had never won on the turf prior to today.  Two of his rivals, Chiropractor and Syntax, were graded stakes winners on the lawn.

When the dust had settled, however, it was Ghost Hunter who not only emerged with the win but also established a new track record in the process.

On a day when speed ruled the turf, Souperfast and jockey Victor Carrasco rocketed to the early lead and tugged the field through a half-mile in 46.77 seconds and three quarters in 1:09.95 in the 1 1/16 mile allowance test.

Ghost Hunter and Daniel Centeno were just three lengths behind at the latter of those calls and starting to rev up.

“I was watching the races, and the inside course was really fast and speed was holding,” Centeno explained.  He was able to keep his horse down on the rail all the way around the turn before tipping out for running room at the head of the lane.  From there, he was able to wear down Souperfast to earn a one-length victory.  Syntax rallied nicely to be third.

Ghost Hunter, a Ghostzapper gelding trained by Jamie Ness for Jagger Inc., paid $18 to win and topped an exacta worth $116.60.

“It didn’t look [like we were going that fast],” Centeno said.  “But I knew we were going fast because my horse handled the course really, really good today.”